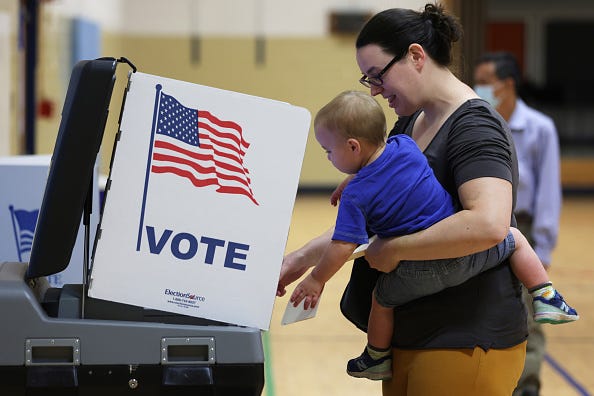 BUFFALO, N.Y. (WBEN) "No matter how strongly you feel about abortion, it doesn't affect your daily life. Whereas, everybody is affected every single day by inflation," said ABC Political Analyst Steve Roberts on WBEN Monday. "It's such a powerful issue, it's going to be difficult for the Democrats to change the subject."

In a recent USA Today Poll, by more than 2-1, Americans opposed overturning Roe v. Wade, 61% to 28%. The survey was conducted before Friday's decision.

"It's one of the basic truths about politics," said Roberts. "Political issues always matter the most when they affect people's daily lives and daily decisions. Every single person listening to us is filling up their tank either today or tomorrow. Even as they drive down the street, they're going to see
the marquees that say $5.00 a gallon. You can't escape it," he said.

Roberts said you might feel very strongly about abortion, on either side. "You might feel that abortion is murder. You might feel that a woman's right to control her body is a profound moral issue. But it doesn't affect the way you live your life everyday. The Democrats are going to have a big problem trying to get people to focus on something other than economic news."

On the shifting of power from the federal government to states, and the fact that things can be wildly different from state to state, Roberts was asked if that will have an impact on the nation as a whole.

"People are not consistent about this," he said. "You have conservatives on the issue of abortion saying, let's return this to the states and let the people decide. But on the issue of guns, they argue the opposite. The people of New York should not be deciding on concealed carry law. There should be a national rule that overrules states' ability to set their own rules. People are not consistent," he added.

By the way, Roberts said liberals are exactly the opposite. On guns, they think New York should have a right to have its own concealed carry law and the federal government shouldn't tell New York what to do. But on the issue of
abortion, they say there should be a national rule that overrides the state.

"There's no consistency on the issue of states rights versus national rights. They tend to favor the principle that produces the political outcome that they want," he added.

A weekend webpoll at WBEN.com, asked the following question. Which is the most important issue you'd like to see the government address: abortion, gun violence or the economy? 90% of respondents answered, the economy.