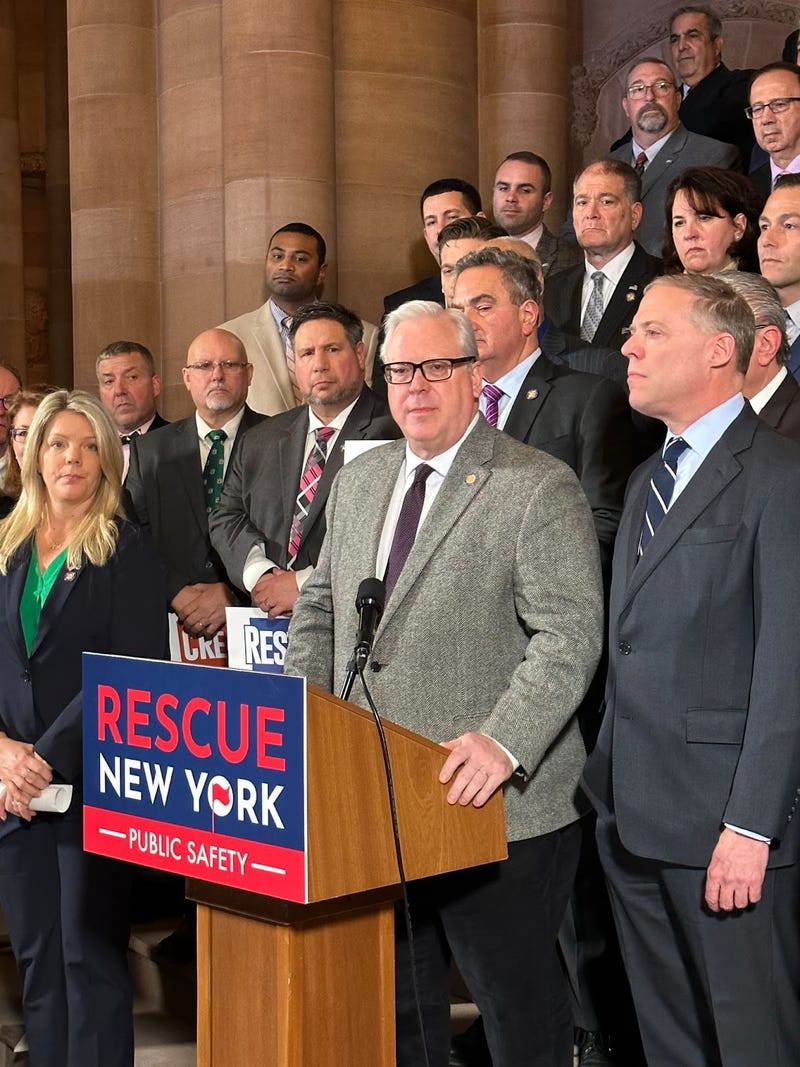 Albany, NY (WBEN) State Senate Republicans are calling for a roll back of the state's criminal justice reforms. They say the results have been disastrous, with crime on the rise.

“New Yorkers are not adequately protected under current state law. Qualified judges are prohibited from using basic, common-sense assessments of threat levels posed by the individuals coming before them, and the results have been critically disastrous. We have seen the full measure of what these policies are doing to our communities, and it is abundantly clear we must drastically change course now, before the situation deteriorates any further,” said Assembly Republican Leader Will Barclay.

Repealing HALT to protect our corrections officers; and

Allowing the use of familial DNA to give law enforcement more investigatory tools.

Rolling back disastrous bail and discovery laws, and providing for judicial discretion to stop the revolving door in our criminal justice system;

Opposing soft-on-crime policies, including the so-called “Clean Slate” Act, “Elder Parole,” and others; and

Reducing the use of illegal firearms with increased funding for gun interdiction efforts;

Making any misdemeanor or felony offense involving an illegal firearm bail eligible, and amending Raise the Age to ensure 16- and 17-year-olds charged with certain gun or gang-related crimes are prosecuted as adults.

Restricting the release of identifying information in certain cases, and putting in place policies to protect victims’ rights during parole process;

Increasing the caps on Office of Victim Services reimbursements for crime victims, and investing in victim support programs; and

Authorizing judges to set lifetime orders of protection for certain crimes, such as violent and domestic violence felonies.