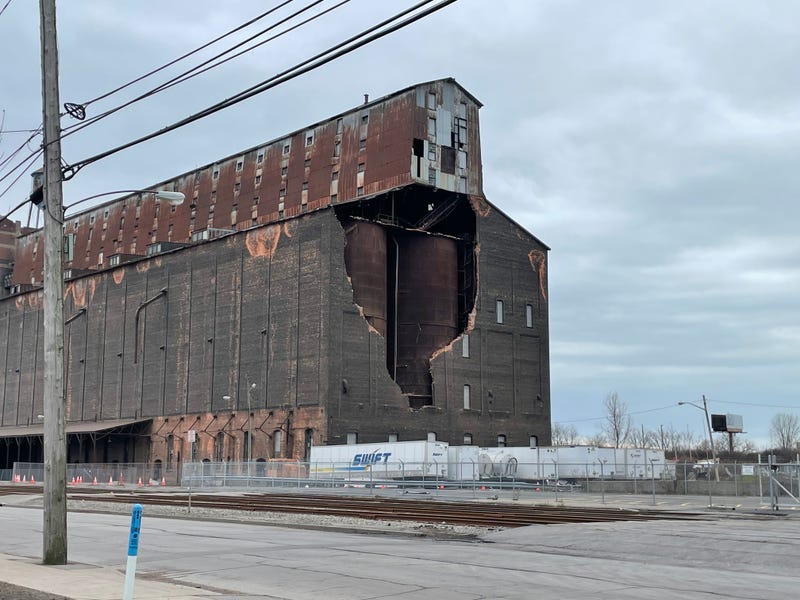 Buffalo, N.Y. (WBEN) - After a piece of another older Buffalo building came crashing down, one preservationist says the lack of a watch list identifying other vulnerable structures frustrates him.

At the top of his list is the Great Northern grain elevator in Buffalo's "Old First Ward".

It was Wednesday when a piece of the Juneteenth Building on Genesee Street fell to the ground. Tim Tielman of the Campaign for Greater Buffalo says he saw another building in need of repair.

"I spotted a building that had some parapet damage in this neighborhood, and these buildings should be inspected in there should be some repairs done," said Tielman on Thursday.

While he understands how some building owners may not be able to make repairs immediately, Tielman believes the city has to step in. 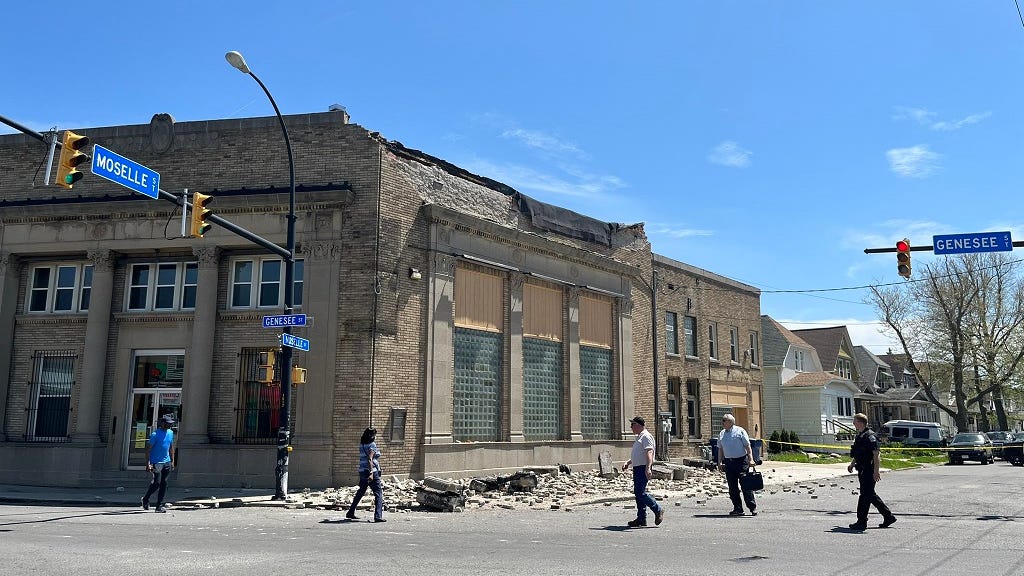 What frustrates Tielman more is the fact there are no watch lists for older buildings in danger of falling apart. "Several years ago, we had a building collapse on Ellicott Street, and then the mayor announced this major program, they're not going to let landlords get away with this. Then, lo and behold, 18 months later, a building falls down on Oak Street," notes Tielman. He says the city needs to deal with these matters, and a recently passed resolution to require landmarks buildings to be inspected every 3 years. "But that means the other 95,000 buildings in Buffalo don't have a regular inspection program. So we've got to figure out a way to regularize this," says Tielman. He says deterioration can be avoided if defects are spotted early enough.

Tielman says other buildings need to be checked out too. "The poster child for all of this are the two buildingsdesignated historic landmarks that we're fighting to save right now; the Great Northern green elevator, and the buildings in the cobblestone Historic District on South Park Avenue, 110 to 120, South Park, which again, are suffering from years of neglect at the hands of unsympathetic owners," explains Tielman. He adds former religious structures would be next on his list. He cites a church on Sycamore Street that a significant roof collapse, but creativity from owners led to the walls still standing.

No one was hurt in Wednesday's partial building collapse.