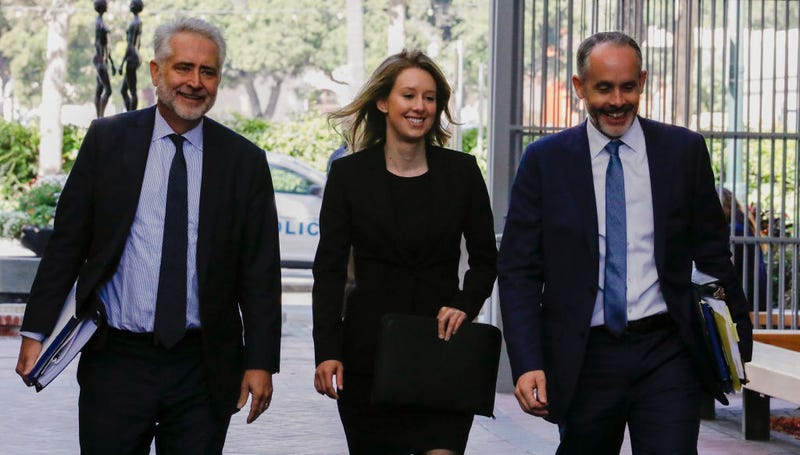 Starting Tuesday, jurors will be chosen to hear and decide on the case of Holmes, charged alongside former President and COO Ramesh Sunny Balwani with nine counts of wire fraud, stemming from allegations that they engaged in a multimillion-dollar scheme to defraud investors, and a separate scheme to defraud doctors and patients.

Holmes made such a unique impression at the helm of Theranos, it’s sure to impact the course of the case. "She was the public face of the organization," said Jennifer Chatman, a Professor of Management and Associate Dean at the UC Berkeley Haas School of Business. "Some people would say that she was on the narcissistic spectrum, which comes along with having delusions of grandeur."

That large vision can be incredibly compelling, and persuade people to join in the journey, but it can be very self-serving. "I think this is where the question lies," Chatman told KCBS Radio’s Holly Quan and Dan Mitchinson Monday morning. "Whether her vision was actually being fulfilled or whether in fact, she was filling her own pockets."

In a surprising twist, Holmes’ defense team is planning to put her on the stand as part of their strategy. Chatman guesses that her lawyers understood that relying on just the facts of the case might not be enough to win.

"There’s a long long list of questionable activities, particularly around the amounts of money that she raised," said Chatman. At one point the company was valued at $9 billion.

"All of those issues come into play here," she said.

The defense is planning an approach that places the responsibility on Balwani, alleging that Holmes was under his control and not responsible for her actions.