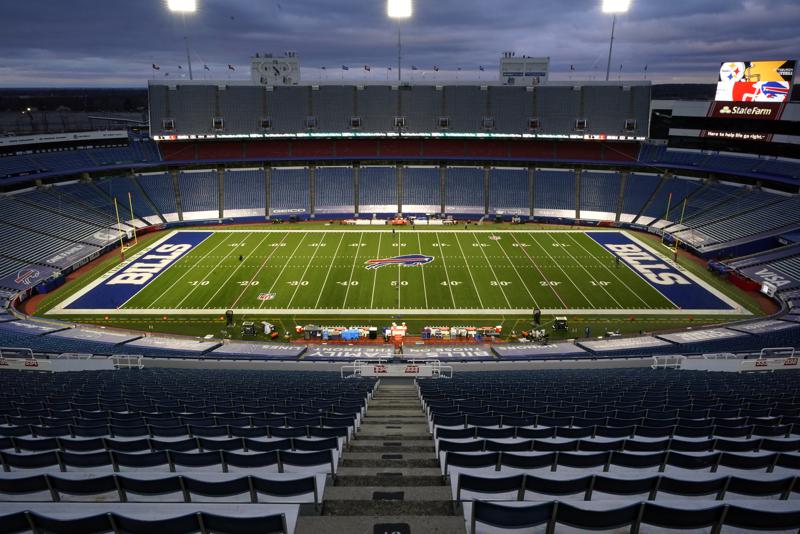 ORCHARD PARK (WBEN) - "The Pegulas would love to do what it takes to keep the Bills in Buffalo," said PSE spokesman Jim Wilkinson Friday morning in an interview with WBEN. "I also have to be clear with you that they need negotiating partners around the table who are working together to solve this problem.”

Several recent reports regarding stadium negotiations have created an uneasiness among Bills fans and residents of Western New York.

The bottom line of any stadium negotiation is the bottom line - who is going to pay for the facility? A Buffalo News article that was published August 1 and updated August 13 created quite the stir, noting that the Pegulas have pitched the idea of a $1.1 billion publicly funded stadium built adjacent to the current facility in Orchard Park, though more recent reports suggest that figure is actually higher.

"The stadium that the Bills play in now was built by the taxpayers," said Wilkinson. "As we could not have been more clear, and as we've said on the record, we want, eventually, some sort of public-private partnership that will get this stadium built."

There's also concern among local residents about the way in which negotiations have been handled to this point. Some believe PSE is being aggressive, perhaps threatening, in their appearances with media, as well as some national reports that have been leaked.

Earlier this month, a report from Seth Wickersham of ESPN stated the possibility of the Bills relocating to Austin, Texas.

An ownership source tells me that Austin is a possible destination—or threat—as one of the “other cities elsewhere that desire an NFL franchise and would pay handsomely for it.” https://t.co/zMf1oChO8K

Wilkinson, however, vehemently denied that report during his interview with WBEN, saying, the person who leaked that information “doesn’t know what they’re talking about.”

Just this week, in an interview with WIVB, Wilkinson suggested the possibility of the Bills moving if a solution couldn't be agreed upon, saying, "The Pegulas have made a proposal. They would like to build (the stadium) right there (in Orchard Park), and we need to hear back. You can't really do plans and designs on things until you have a deal, and right now, the City of Buffalo and the state are going to have to decide if they want a team."

In the interview with WBEN, Wilkinson said those comments were taken out of context.