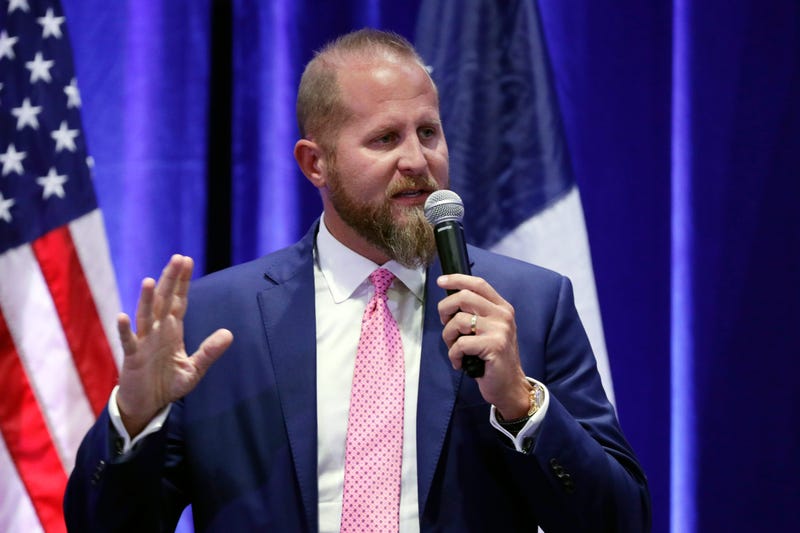 Photo credit FILE - In this Tuesday, Oct. 15, 2019, file photo, Brad Parscale, then-campaign manager to President Donald Trump, speaks to supporters during a panel discussion, in San Antonio. Parscale was hospitalized Sunday, Sept. 27, 2020, after he threatened to harm himself, according to Florida police and campaign officials. (AP Photo/Eric Gay, File)
By The Associated Press

WASHINGTON (AP) — President Donald Trump's former campaign manager is stepping away from the reelection campaign days after he was hospitalized after Florida law enforcement officials said threatened to harm himself.

Parscale, one of Trump's closest political aides, served as the campaign manager for the reelection effort until July, when he was demoted by Trump. He remained a senior adviser. Parscale's break with the Trump campaign was first reported by Politico and was confirmed Wednesday by a campaign official.

On Sunday, police officers talked Parscale out of his Fort Lauderdale home after his wife called police to say that he had multiple firearms and was threatening to hurt himself. He was hospitalized Sunday under the state’s Baker Act, which allows anyone deemed to be a threat to themselves or others to be detained for 72 hours for psychiatric evaluation.

Parscale's firm developed websites for Trump's personal businesses before working on his 2016 presidential campaign, where he was credited with overseeing the campaign's largely unnoticed — but influential — social media efforts that helped promote Trump to the Oval Office.