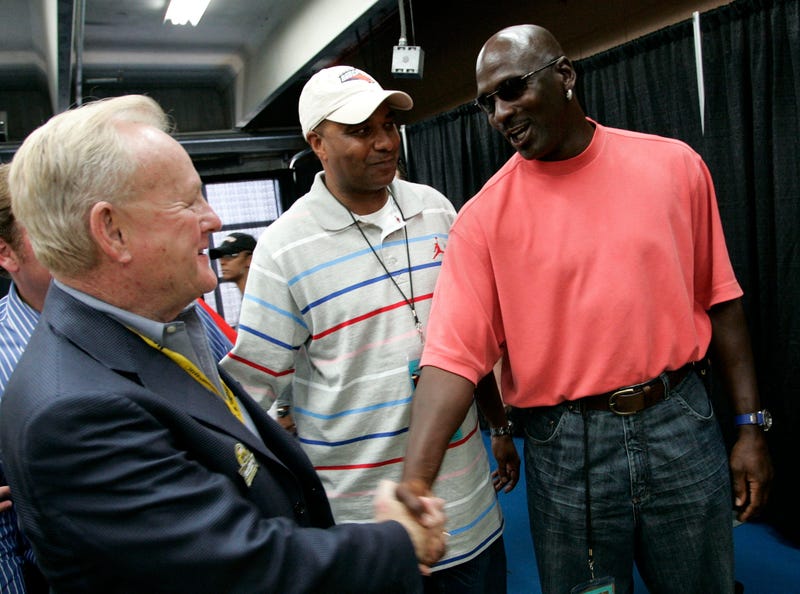 The NBA season came to a screeching halt last week as players decided to boycott the remainder of the playoffs. Reports say the actions by many including former President Obama and Charlotte Hornets owner Michael Jordan got players back to the court and gave them support in this time of unrest in the country.

"Being the only the former NBA player to be the majority owner of an NBA team, and also arguably the greatest player to ever play the game. And, so he can have very serious and deep conversations with our players and understand exactly what their thoughts and concerns are. He can go share those thoughts and concerns with his other 29 partners, the other owners of NBA teams, and help them understand exactly the mentality of our players and what's important to them, and vice versa."

Jordan's influence is a major reason why the NBA season has continued. He played a role behind-the-scenes to architect the Disney Bubble for the playoffs, which has been a success compared to other professional sports models when dealing with the COVID-19 pandemic.

However, MJ's latest push to have the player be heard goes well-beyond being an advocate for the game.

"Get behind them and really work together as true partners to try and effectuate change in our communities. In all thirty cities and across the country," Whitfield said. "I just applaud commissioner Adam Silver for really embracing Michael and giving him a leadership role within the ownership group and having him so involved in the competition committee, as well as labor relations." He went on to say, "Michael used his loud voice and it was heard and it was appreciated by both the players and the owners."

The NBA enters the second round of the playoffs this week. As for looking past the bubble, the 2020-21 season for the Hornets is on course to start in December.

The Hornets organization also announced the "Swarm the Polls" campaign. As previously announced, Spectrum Center will serve as an early voting site next month for the first time in its history.  Mecklenburg County residents will have the ability to vote at Spectrum Center from October 15-31. Voting hours will be 8 a.m.-7:30 p.m. on weekdays, 8 a.m-3 p.m. on Saturdays and 1 p.m.-5 p.m. on Sundays. Additional details, including free parking locations, will be released in the future.

Listen to the entire interview with Hornets President Fred Whitfield