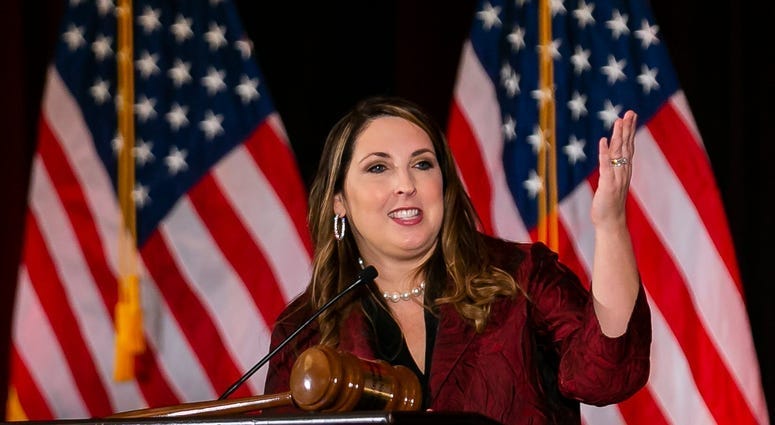 In an exclusive interview on WBT’s The Pat McCrory Show, Republican National Committee Chairwoman Ronna McDaniel said before her group can give any detailed plans on what the Republican National Convention in Charlotte would look like in late August, they first need to have a set of guidelines from Governor Roy Cooper.

She has given Cooper a deadline of June 3, to provide guidelines, after which the RNC will start looking elsewhere for possible host sites.

“What we have asked from your Governor and the elected officials is, give us the guidelines by which we can conduct our convention,” she said. “What we keep getting back is, you need to submit your plan. We put together some of the things we’re considering, but again, it’s hard to really create a plan when we don’t have guidelines.”

The RNC brought in roughly $200 million and $10.1 million in local tax revenue to Cleveland in 2016, according to reports. Many local restaurants and hotels on counting on that economic stimulus to stay in business.

“It’s really sad for Charlotte because we were going to bring a ton of revenue there,” McDaniel said. “We’re still hoping to make it work, but we’re not going to wait indefinitely.”

In a letter sent Thursday to Gov. Cooper, GOP officials said they need further direction and guidelines from him before they can move forward, while also offering some proposed steps to screen and protect convention attendees.

McDaniel said schools, which will start two weeks prior to the convention, have guidelines. Some 700,000 college students are slated to return to campuses for in-person learning.

“They have school starting in August, they’ve created plans for that, but for some reason we can’t get guidelines and it’s really delaying our ability to know what we can do when we bring in our delegates, which alone would be 10,000 people.”

All of this has McDaniel frustrated. She believes Cooper may be doing this slow move on purpose.

“I don’t feel this way from the Mayor (Vi Lyles), but I feel from the Governor that there’s a feeling of, ‘Let’s just drag this out so that they don’t have options and not give guidelines,’” she said.

“Right now I’m at a place where I cannot in good conscience ask thousands of people to book hotels, to book flights, to come to a city where right now you can’t meet in groups of more than 25 people. That’s just not fair to us.”

McDaniel says their staff on the ground in Charlotte feels very discouraged by the fact that the Governor has pretty much halted everything in its tracks and is not willing to work with them to give them guidelines.

“It is very simple, he is the only one who has the ability to give us these guidelines,” she said. “He’s the only one looking at the data, so any plan we put together is wasted if we don’t have those guidelines.”

McDaniel says the RNC has a contract with Charlotte and really want to make it work but added they have been approached by many other states, all of which have been much more forthcoming with plans and guidelines.

“Ultimately it’s going to come down to the elected officials to tell us how we can conduct our convention, and then we can plan,” McDaniel said. “I think there is a little bit of gamesmanship going on at this point. I didn’t earlier, but now I do, and I think it’s really unfortunate.”