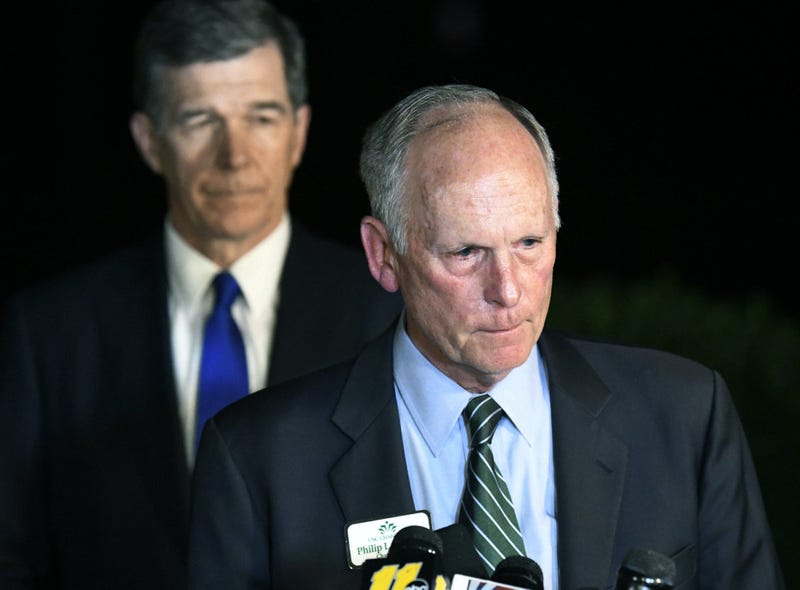 A man armed with a pistol opened fire on students at UNC Charlotte during the last day of classes Tuesday, killing two people and wounding four, police said. The suspect has been identified as Trystan Andrew Terrell, he is in custody at this time.

CMPD says Terrell is charged with 2 counts of murder, 4 counts of attempted murder, 4 counts of assault with a deadly weapon with intent to kill, possession of a firearm on educational property and discharging firearm on educational property. Officials have confirmed two people have died and three others reported to have life-threatening injuries. Another being treated for non-life-threatening injuries.

UNC Charlotte Chief of Police Jeff Baker said the suspect was armed with a pistol. Officers arrived quickly within 2-3 minutes and were able to take the shooter into custody.

Students are encouraged to continue to check UNCC's website and student emails for further information.

In a press conference on Wednesday Cheif of Police Kerr Putney Spoke about the heroism of Riley Howell, who selflessly attempted to take down the gunman to protect his classmates.

In an email to the press from the Public Affairs Specialist of the FBI:

"The FBI is on the scene and assisting the Charlotte-Mecklenburg Police Department and other law enforcement partners at UNC-Charlotte in the aftermath of an on-campus shooting.   The FBI is prepared to provide any resource needed as the investigation continues to determine exactly what led to this tragic loss of life in our community," said John Strong, Special Agent in Charge of FBI Charlotte.
The CMPD is the lead investigative agency and any additional media inquiries should be directed to them.

The following is a press conference held on Wednesday, May 1 2019.

The following is a video of the Press Conference held by CMPD Officals at the closed O'Charley's Restaurant nearby to the school.

We are in shock to learn of an active shooter situation on the campus of UNC Charlotte. My thoughts are with the families of those who lost their lives, those injured, the entire UNCC community and the courageous first responders who sprang into action to help others.

⚠️Scene secure. One in custody. No reason to believe anyone else involved.

CMPD and UNCC going room by room on campus to identify any students, faculty or others who may be sheltering in place.⚠️

PLEASE SHARE THIS MESSAGE!! Families meet your loved ones at 8600 University City Boulevard. Media head to the O'Charley's nearby. https://t.co/xORIyTVGxf

A campus lockdown was issued after the shots were fired.

Heavy police presence at @unccharlotte after an active shooter was reported and multiple people have reportedly been shot. @CMPD just told me to stay away from the scene. A number of students are locked down in a nearby building. Follow @FOX46News for more. pic.twitter.com/WGnc9VPutl

Students of UNC Charlotte were issued the following alert at 5:50 PM tuesday evening.