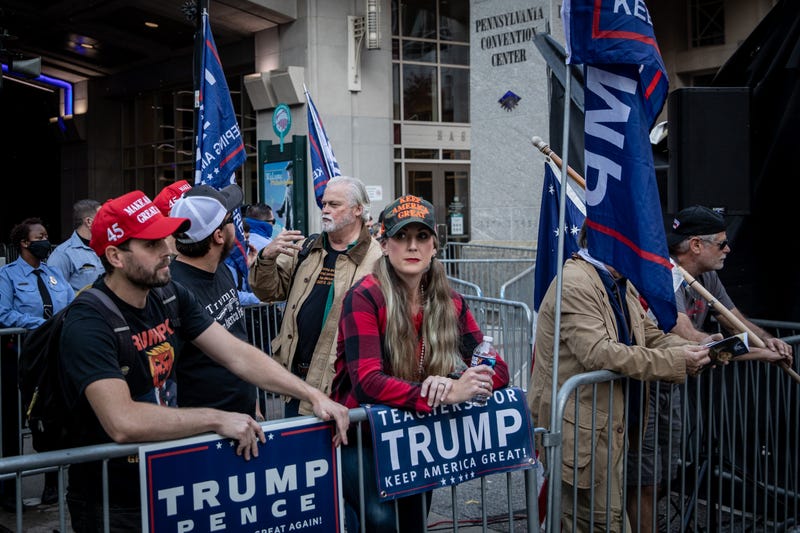 The Trump campaign has been aggressively soliciting donations to fight the election results announced on Saturday. Several dozen emails from Trump and his family on behalf of the campaign have asked for more resources to take a legal fight to the Supreme Court. But it is unclear how the money is being distributed out.

According to NBC News, The emails include a disclaimer that says 60 percent of the money given will go to the campaign to pay down debts from the general election, and that will go into a "recount account" only if those debts have already been paid or if people have maxed out on what they can contribute to Trump's re-election. The remaining 40 percent will go to the Republican National Committee's operating account unless a donor has reached the maximum contribution limit, in which case the excess funds will then go to the RNC's Legal Proceedings account or what the email calls a "Headquarters account."

President Trump said he will not concede and spent a majority of the weekend at Trump National Golf Club, in Sterling, Virginia. A record 283rd time Trump has taken a golf expedition since taking office costing taxpayers a reported $142 million.

President-Elect Joe Biden and Vice President-Elect Kamala Harris addressed the nation with a speech in Wilmington, Delaware on Saturday night. They emphasized the need to "heal the country" and accepted the nomination of the land's highest offices. Biden also announced plans for a transition team including a new COVID-19 task force on Sunday.

The Trump campaign plans to pursue a Supreme Court challenge in Pennsylvania, along with seeking a recount in Georgia, when the election is officially called in the state. They've previously claimed cases of fraud in Arizona, Nevada and Pennsylvania. Important to note, the campaign has not presented any evidence of wrongdoing or fraud in any state.

As of Monday morning, Biden looks to pick up Georgia's 16 electoral votes which would give the President-Elect a total of 306 electoral vote, according to AP News. North Carolina and Alaska will likely go in-favor of Trump to give him a closing total of 232 electoral votes.