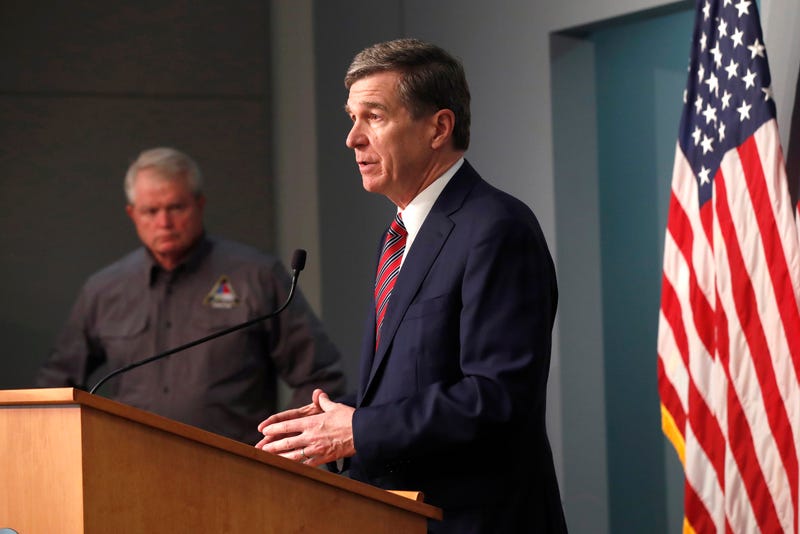 Early on during the pandemic crisis, North Carolina Governor Roy Cooper had press conferences nearly every day, and a minimum of three a week. Since then, they have dwindled to just once per week when Cooper would look into a camera and give the state’s latest updates and take questions from reporters, though many times not actually answering them.

The workings of these press conferences, since in-person isn’t allowed, means that each reporter calls a specific number with an individualized code to enter the queue to ask a question. The people fielding the calls can see by names of all those participating.

N.C. remains one of the last states to do it this way. Even New York, which has been the hardest hit state by far, which has done in-person press conferences.

However, things started to become apparent early on in the process that either at the direction of Gov. Cooper himself or by his staff of their own volition, reporters were handpicked to be allowed to ask questions.

And the same names were routinely called upon day after day.

It became a running joke with members of the media that Gov.Cooper’s press conferences weren’t officially underway until Andrea Blanford of ABC 11 in Raleigh, and Michael Hyland of CBS 17 in Raleigh, each got their questions heard. Those two led the way by far in being called upon to ask a question.

As a result, that meant reporters other than myself weren’t allowed to ask a question. Nick Ochsner of WBTV, as well as reporters from the Carolina Journal and North State Journal, were excluded daily from participating.

The last time I was allowed to ask Gov. Cooper a question was in March, during the early days of the shutdown. In full disclosure, I haven’t attempted to call in to the press conference since mid-August, because I’m splitting time covering the Panthers for WBT and WFNZ. Even so, I went five straight months without being allowed to ask a question.

I reached out to members of Gov. Cooper’s staff, as did at least one other reporter. When contacted, each said they weren’t playing favorites and that a lot of reporters call in to ask questions and that they can’t get to each of us.

But, they couldn’t explain how or why Blanford and Hyland were called upon nearly every single day.

This made me believe Gov. Cooper’s staff was not being truthful.

The operation of the press conferences has not changed despite complaints from me and other outlets. One media outlet complained to state Heath Secretary Dr. Mandy Cohen by saying on Twitter, “What up NC DHHS? We’ve gone 4 days without being called on,” to which I replied, “Try three months of not getting called on.”

That outlet was called on a few days later.

I often get asked what questions I would ask Gov. Cooper if I had been allowed. There were different questions that were relevant to the phases and times. Some still should be asked, while others were only applicable during those moments.

With that said, in no particular order, here are some of the questions that I would have liked answered over the course of the last seven months since so many residents of N.C. have been impacted by Gov. Cooper’s decisions, and I’m not aware of them being asked by other media outlets:

Q: You mention “data and science” daily as being the guidance for your decisions. Since I assume you are in constant, if not daily, contact with those responsible for cultivating the data and displaying the results of science, will you please list by specific name of each person and where they work that is providing you with your information?

Q: Do other states use the same individuals that N.C. is using to get their information, or are these people strictly unique to N.C.?

Q: What is different about N.C. that nursing homes here have been hit harder with deaths than nearly every state in the country? Why specifically has that happened in N.C.?

Q: Why were nursing homes left up to their own devices to until August to find PPE, and responsible for finding ways to test their residents when they were the most vulnerable and accounted for two-thirds of the state’s fatalities?

Q: How much of an impact did the lobbyist group North Carolina Craft Brewery Guild have in making your decision to allow them to open, but at the same time keep bars closed?

Q: Why has your office been reactionary and followed the lead of other states, including being weeks behind S.C. in imposing an 11 p.m. last call with alcohol?

Q: If New York, New Jersey and California had not opened gyms, would they still be closed in N.C?

Q: Did you feel pressure to open gyms as we were the last state in the country to allow them to operate?

Q: Many of your orders contradict themselves. Which guidelines should residents follow when that occurs?

Again, these are some of the questions that need to be asked and should’ve been asked.

It’s doubtful all would have been responded to with a straight answer, but that’s why the follow-up question is so important and should be asked again, with emphasis on saying that he didn’t answer it the first time, and that an answer would be appreciated.

Although, it’s unlikely I’ll be the one able to do that.

We strive to be a platform where varying opinions may be voiced and heard. The views, thoughts, and opinions expressed by the author(s) of this article and/or by those providing comments are theirs alone, and do not represent those of Audacy, Inc. We are not responsible for any damages or losses arising from this article and/or any comment(s).
Featured Image Photo Credit: Ethan Hyman/Raleigh News & Observer/Tribune News Service via Getty Images