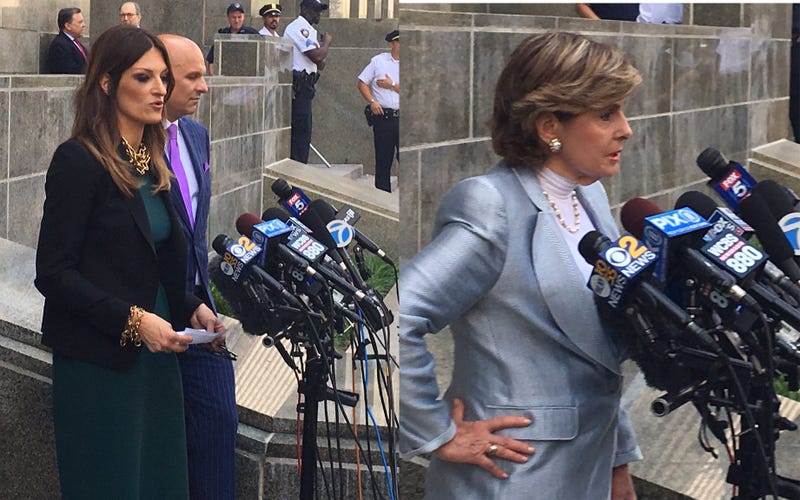 NEW YORK (WCBS 880) — Disgraced movie mogul Harvey Weinstein was in court Thursday morning for a procedural issue regarding efforts to recast his legal team in his sex assault case.

Lawyer Jose Baez asked for permission to leave Weinstein’s counsel, claiming he could not get along with his client.

A judge approved the changes to the defense team and Donna Rotunno stepped up to take Baez place. She said her new client is a victim.

“I believe he has been railroaded. I believe that movement, a lot of motion to take over and they're devoid of fact and evidence,” Rotunno said of the #MeToo movement, which exposed an alleged web of sexual misconduct and cover-ups by Weinstein.

Attorney Gloria Allred, who represents an accuser and a witness, heard the word “railroaded” and seemed incredulous, according to WCBS 880’s Peter Haskell.

Harvey Weinstein has a new lawyer in his sex assault case. Donna Rotunno believes her client has been “railroaded.” She intends to show any sex acts were consensual. Gloria Allred, an attorney for an accuser, expects “victim shaming.” @wcbs880 pic.twitter.com/U8OC692P8V

The pretrial hearing marked the second time Weinstein shook up his counsel. Another lawyer, Ronald Sullivan, left in May amid public backlash.

The trial is set to begin September 9.