Written by Neil A. Carousso

NEW YORK (WCBS 880) — Successful entrepreneurs will often say they find opportunities amid challenges, but the coronavirus pandemic has thrown a curveball at a formerly booming economy that has disrupted industries. Some resilient businesses are now growing after making key adjustments to how they sell.

Three local entrepreneurs who have pivoted, recovered and increased revenue in the last seven months share how sales has changed in the pandemic economy on the WCBS BNB Bank Virtual Business Breakfast, hosted by Joe Connolly.

"We started to see a lot of consumption late at night, which just spoke to the fact that people were home more, they were social distancing," said NTWRK president Moksha Fitzgibbons.

He told the panel he was nervous in March when they were forced to shutter production. NTWRK originally was a platform that hosted highly produced and high-quality video content for businesses. Now, it is part of a hot trend of livestreaming e-commerce in which the NTWRK application hosts vertical live video for retailers that sell their products directly on the app to prospective customers that the startup finds for business owners.

"The more content consumption equated to more product sales," said Fitzgibbons whose revenue doubled from March to April after the quick pivot. NTWRK is projecting a 500-600 percent increase year-over-year.

He explained on the Virtual Business Breakfast how he helps traditional retailers, such as Mr. Flower Fantastic, based in the Chelsea neighborhood of Manhattan, make creative content that translates to sales since brick and mortar and experiential businesses are suffering amid the pandemic.

Don White, co-founder and chief executive officer of Manhattan artificial intelligence firm Satisfi Labs, saw revenue plummet to zero when all of his retail and entertainment clients - including Macy's, Major League Baseball, Universal Orlando Resort and the Georgia Aquarium - were shut down in March. He credits their recovery to a shift of their sales operations from location to industry specialization by his staff since business travel was halted.

"Moving to a vertical sales team meant that someone who covered all the other aquariums could speak more intelligently about what aquariums are doing or need to get their customers back," White explained.

"That verticalization and expertise goes a long way in terms of understanding of the category and truly being a partner with the client to give them the success that they need on the platform," Fitzgibbons added.

Jennifer Decker, co-owner 3 Moms Organics, is up more than 1,000 percent this year, which she attributes to creative and educational content they use in targeted Facebook advertisements. Their most effective advertisement was what they call the "pink paper ad" in which Decker's partner Lisa-Jae Eggert, who studied entomology and earth science, collected ticks in the high grass on the East End and demonstrates how they stay away from the border of a pink sheet of paper that she sprayed with their product TickWise - a DEET-free tick and insect repellant.

"She blew dry it to show even when it dries on your clothing that the ticks don't want to go near it and that ad has definitely given us the most website sales," Decker told Connolly and the panel.

White said when he made a "reopening roadmap" for the hospitality industry over the summer, he discovered one piece of content can be used in email newsletters, Facebook posts and advertisements, and other social media campaigns to acquire new customers within a limited marketing budget.

"I think it's just very strategic, quality, small investments that can be transferred (across) a lot of channels," he said.

Selling direct-to-consumer on their website is now 3 Moms Organics' focus as opposed to traditional retail. TickWise is on the shelves of about 80 stores - many of which are seasonal on Long Island and closed in March. They are registered through the Environmental Protection Agency to sell in 48 states and Washington, D.C. 3 Moms Organics was recently approved by the EPA to sell in California and are pending approvals for Maine and South Dakota.

Decker and Eggert used their time wisely in the first three months of the pandemic to apply and receive the Minority and Women Owned Business Enterprise Certification (MWBE), which has opened new doors for additional revenue streams.

White, in an answer to an audience question from debt settlement attorney Leslie Tayne, Esq. of Tayne Law Group in Melville, Long Island, said he has made connections on LinkedIn that has replaced in-person networking during the pandemic.

"I have been open to helping people that were unemployed as a result of the pandemic, and honestly, some of those relationships have really benefited our company," he said, stressing his personal conviction in members of the business community helping each other through crises.

Learn sales advice, growth strategies and ideas on pivoting and starting a new business to fill a need in the pandemic economy on the WCBS BNB Bank Virtual Business Breakfast with Joe Connolly. Watch the program above.

MORE ABOUT OUR PANELISTS: 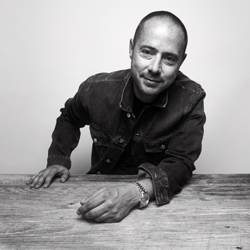 Moksha Fitzgibbons has more than 15 years of experience in management, sales, marketing, retail, music and entertainment.

He joined NTWRK in October 2019 after a couple of stints at Complex Networks where he served as chief revenue officer before moving to Valence Media as CRO where he played an integral role in the merger of Media Rights Capital, Dick Clark Productions, The Hollywood Reporter and Billboard.

Fitzgibbons led content teams throughout his career, which he takes to NTWRK to match business owners and entrepreneurs with influential entertainers to creatively market and grow brands.

He has worked with celebrities and brands, including Jimmy Iovine, Drake, Live Nation, Warner Brothers Entertainment and Footlocker. 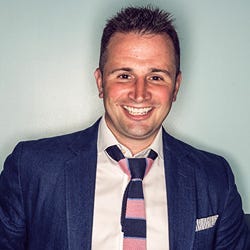 Don White is a charismatic and enthusiastic entrepreneur and a salesman at heart.

He spent more than a decade at Bloomberg where he was global head of sales for Bloomberg Tradebook, leading a corporate strategy project to restructure global sales operations that yielded $3 million in 2012 and $7 million in 2013 before he co-founded Satisfi Labs. 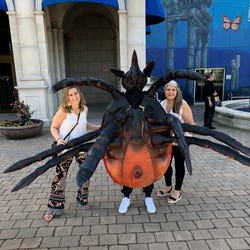 Jennifer Decker and her partner Lisa-Jae Eggert created their DEET-free product TickWise when their families were hit hard with tick borne illnesses and rising populations of ticks and mosquitos on Long Island where they raised their children.

Their story starts with a discussion over cup of tea about their problems finding a chemical free product that worked. They decided to create their own product, relying on their backgrounds in science.

Decker has many years of knowledge in the benefits of blending essential oils and using them for health-related issues to create a better, more natural lifestyle. She and her husband have three young and active children.
Through her network of fellow mothers, she has learned the power of word-of-mouth and influencer marketing first-hand.

Eggert studied entomology, earth science and horticulture in college. For five years, she did field work for the Bronx Zoo studying turtles on the East End. This work exposed her to an abundance of ticks and their bites.

They personally manufacture TickWise, which is effective, has a pleasant smell, provides skin nourishment, and is vegan for those who suffer from Alpha-Gal or meat allergies. 3 Moms Organics ships TickWise across 48 states and Washington D.C., now that they are registered through the Environmental Protection Agency in all states except Maine and South Dakota. They just earned a certification to operate in the highly regulated state of California in September.

3 Moms Organics also used their time wisely in the first three months of the pandemic to apply and receive the Minority and Women Owned Business Enterprise Certification (MWBE), which has opened new doors for additional revenue streams.