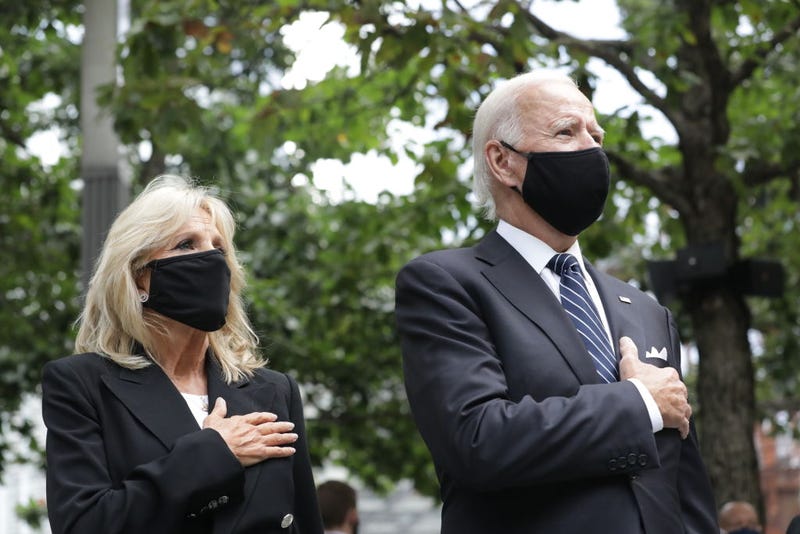 NEW YORK (WCBS 880) — A years-long battle over government documents is threatening to disrupt ceremonies marking the 20th anniversary of the 9/11 attacks.

Victims' families looking to sue Saudi Arabia over the terror attacks are demanding that President Joe Biden stand with them and hand over secret documents relating to the terror attacks or claims of "never forget" would ring hollow.

A statement signed by 1,800 relatives, first responders and survivors indicates that the president wouldn't be welcome at the 20th anniversary events in New York City, at the Pentagon and in Shanksville, Pennsylvania unless the documents are released.

“We cannot in good faith, and with veneration to those lost, sick, and injured, welcome the president to our hallowed grounds until he fulfills his commitment,” the statement, which was obtained by NBC News, reads in part.

"Of course, we would welcome Joe Biden to come and partake in the 9/11 anniversary — but we don’t want to do that, or the condition on that is we want him to be working with us and not against us," said Brett Eagleson, whose father, Bruce, was killed at the World Trade Center. "Joe Biden, or any political figure rather, should not have the ability to go to a 9/11 ceremony and utter the words 'never forget,' meanwhile behind a cloak of secrecy and behind closed doors actively working to stab 9/11 families in our back."

Eagleson thinks the U.S. is trying to protect the Saudis.

"Our country on a state-to-state level enjoys a very cozy relationship with the king of Saudi Arabia and they want to prevent any embarrassing information from coming out," Eagleson said. "I think at the end of the day, if President Biden knew the predicament that we're in, if he knew the struggles we've been through, I think the president chooses us over the Saudis any day of the week."

Presidents of both parties have blocked release of the documents. Eagleson believes they would link Saudi leaders to the 9/11 hijackers.

The conflict over the documents has been simmering for years and it could boil over ahead of the 20th anniversary of the attacks.

"I've heard people wanting to organize protests in New York City on the week leading up to 9/11," Eagleson said.

The 9/11 legal action against Saudi Arabia has been underway for more than a decade.

In September 2019, the Justice Department agreed to identify a person believed to be connected to the Sept. 11, 2001 terror attacks to attorneys for the victims’ families. That name remains under seal.

The person was named in a redacted FBI report from 2012, which indicated the agency was investigating two Saudi officials and said there was evidence that a third person ordered them to assist hijackers.