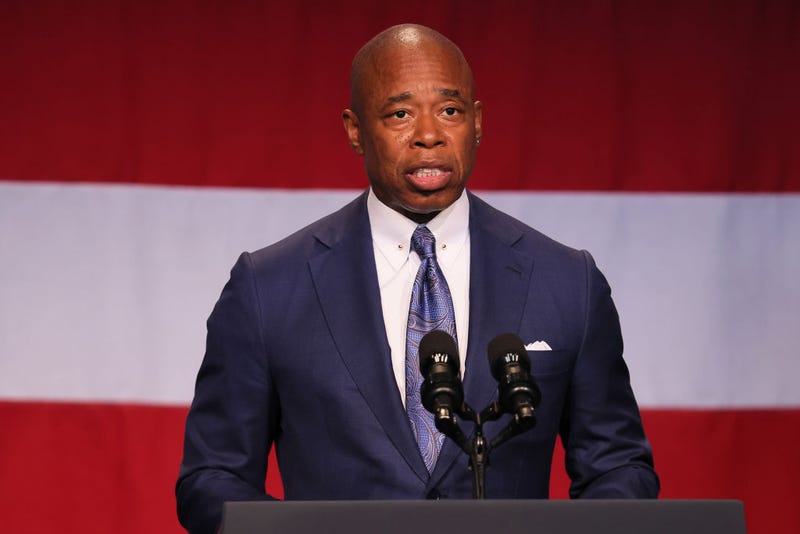 NEW YORK (WCBS 880) — Mayor Eric Adams on Monday announced new emergency steps to find more space for homeless shelters, claiming that the shelter system is being overrun by an influx of asylum-seekers. However, some advocates aren't so certain.

"We've never really seen numbers like this and we don't know where this gets absorbed in the current social service apparatus that we have," he said.

The city is required to provide shelter to anyone asking for it, but that’s proved to be a difficult task as of late.

Adams announced fresh measures to now try and find space, blaming the around 4,000 asylum-seekers who have come to New York City from border states in the last few months.

Loonam argues it's not the asylum-seekers who should be faulted, calling it "totally disingenuous" because "New York is and has been an immigrant city for its entire history."

While the mayor said in his statement that "New York is a city of immigrants" and "will always welcome newcomers with open arms," he cited a "significant increase" in the number of asylum-seekers arriving in the city's shelter system as well as their arrival as the "primary driver" in the nearly 10% increase in the New York City Department of Homeless Services' census.

Loonam said the larger problem is due to a title wave of evictions.

"Neighborhoods that were working class and affordable for immigrants and native New Yorkers even a year ago are suddenly seeing an average rent of over $2,000 a month for a one-bedroom apartment," he added.

Adams said that Monday's emergency procurement announcement will "rapidly procure additional shelter and services to serve these individuals and families."

"We are working across city agencies and with not-for-profit partners to ensure these individuals have access to a range of services, including legal support, health care, and education," the mayor continued. "We can no longer wait — and this declaration will allow the city to procure sorely needed additional resources as quickly as possible."

Kathryn Kliff, an attorney with Legal Aid, said while there is an increase in the number of families seeking asylum, it's "not the whole story."

Like Loonam, Kliff said there's quite a number of New Yorkers that are losing their housing.

"We always see an increase [in the city's homeless services census] in the summer, so this was especially surprising to us that the city had not planned for an increase in the census," she said. "The summer numbers are certainly going up, but to us, it should not have been a surprise to the city."

Kliff said she's concerned that Adams might be looking to open facilities specifically for asylum-seekers.

"We don't understand those numbers and we have asked for clarification and have not gotten it," she added.