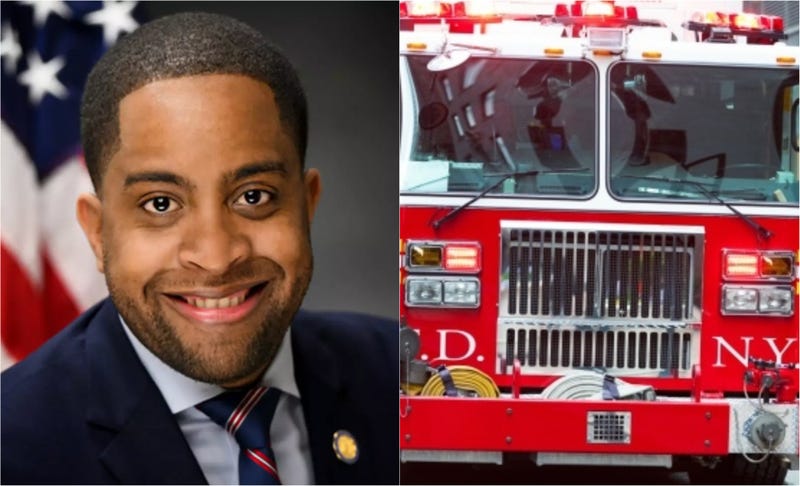 NEW YORK -- Six members of FDNY’s Ladder 113 have been suspended after threatening a state senator’s staff over the city’s municipal vaccine mandate.

The group of firefighters is accused of driving to state Sen. Zellnor Myrie’s Brooklyn office Friday, and asked where 20th District politician lives.

Myrie was not at his office when the confrontation happened, but told WINS that a few staff members were there as the firefighters showed up in a truck with its lights on and in full uniform.

“This is incredibly disturbing, highly inappropriate,” Myrie told WINS. “I’m a public official. I signed up for public scrutiny and engagement, my staff has not.”

The firefighters told staff blood would be on their hands for the vaccine mandate, which required municipal workers to get their first shot by Friday afternoon.

The senator said the firefighters told those at his office that communities would no longer be safe and that it would be their fault.

“In a climate where we have seen disagreements become insurrections, I believe that this is incredibly inappropriate,” said Myrie.

FDNY Commissioner Daniel Nigro took swift action against the firefighters Friday, saying in a statement, “This is a highly inappropriate act by on-duty members of this Department who should only be concerned with responding to emergencies and helping New Yorkers and not harassing an elected official and his staff. The members in question have been immediately relieved of duty and will face disciplinary action.”

Myrie, a Brooklyn native who took office in 2019, said the firefighters’ actions rattled staff and were “misplaced.”

“It’s incredibly baffling why they chose to come to our office, given that the state plays no role in this city mandate,” said Myrie. “We are a number of blocks away from this local engine, so I suspect that the proximity may have had something to do with it.

Firefighters and other workers have made their voices heard on the mandate throughout the week, including in a protest outside Gracie Mansion Thursday. A fire union told WINS that they weren’t anti-vaccine, but anti-mandate. 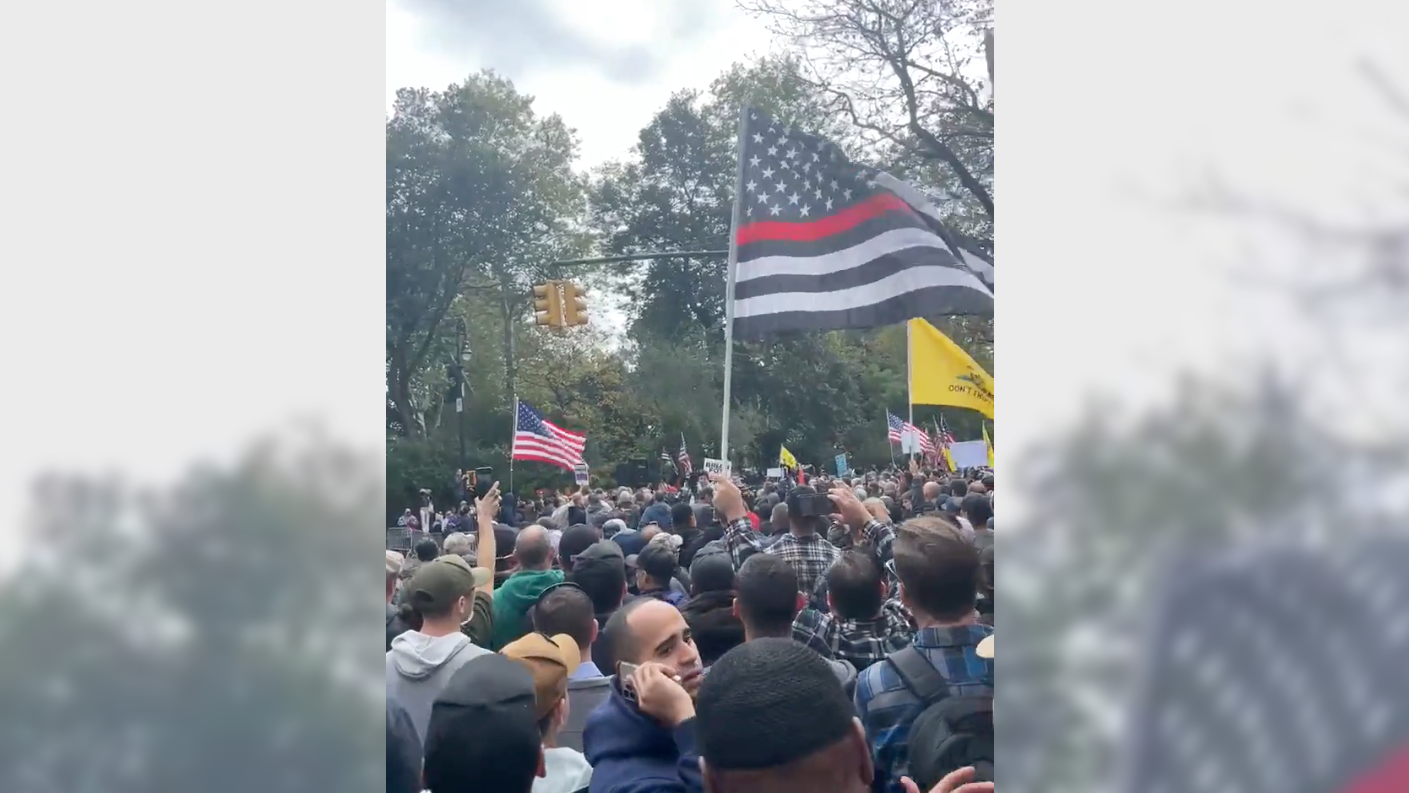 The Democratic senator said he was hospitalized with COVID last year and got vaccinated as soon as he was able to, and encouraged those close to him to get the shot as well.

He said “reasonable minds” could disagree on the rollout of the mandate, and was open to engaging those who felt the situation could have been dealt with better.

“[That’s] certainly not the rhetoric that made its way to the front door of my office today,” said Myrie. “There was an implication that they will not continue to keep people safe. And that I, myself personally, was not safe given their questions about where I live personally.”

Ultimately, Myrie expressed gratitude to first responders, and hoped that “constructive conversations” on the issue could continue.

The FDNY’s vaccination rate hovered around 70% early Friday, with workers having until Monday before facing consequences.

Police and fire unions have expressed worries about “catastrophic” shortages that could come next week.

The vaccine mandate for city workers is now in effect. Here’s my latest on response from the firefighters union. @wcbs880 pic.twitter.com/1xtKV0XotS