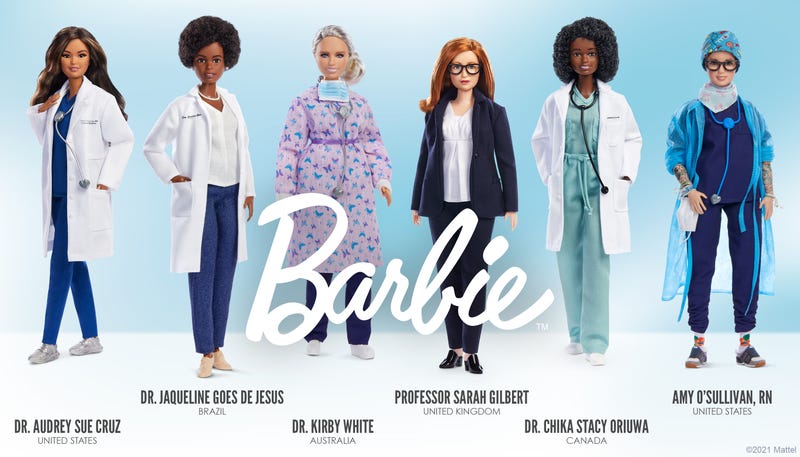 Brooklyn nurse Amy O'Sullivan will get her one-of-a-kind Barbie doll in honor of her work during the pandemic. Photo credit Mattel
By Kyle Kandetzki

NEW YORK -- A Brooklyn nurse is among those being honored with a new line of Barbie dolls designed to honor some of the pandemic’s heroes.

Amy O’Sullivan, a registered nurse at Wyckoff Heights Medical Center, will have a Barbie made in her likeness as one of six “role models” in the face of COVID-19, Mattel announced Wednesday. 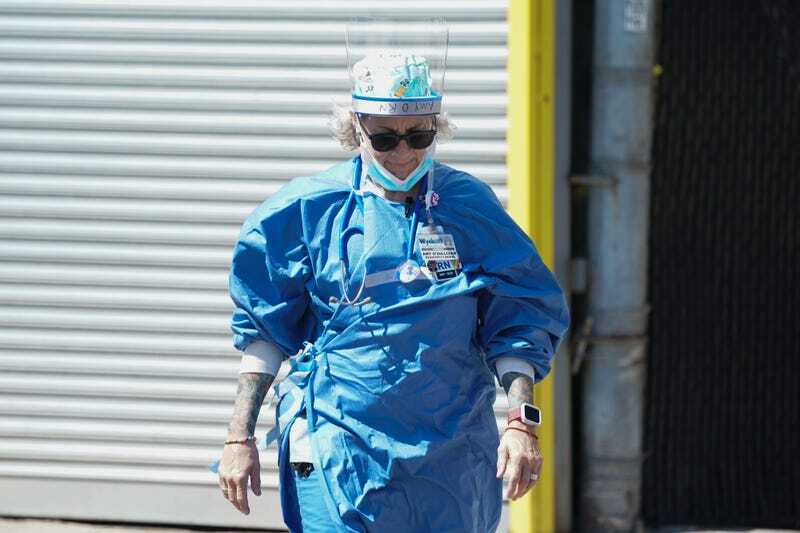 Not long after, she contracted the virus herself and was put on a ventilator. But after recovering, she put her scrubs back on and got back to work less than two weeks later.

“Barbie recognizes that all frontline workers have made tremendous sacrifices when confronting the pandemic and the challenges it heightened,” said Lisa McKnight, Senior Vice President and Global Head of Barbie & Dolls, Mattel.

McKnight added, "To shine a light on their efforts, we are sharing their stories and leveraging Barbie’s platform to inspire the next generation to take after these heroes and give back. Our hope is to nurture and ignite the imaginations of children playing out their own storyline as heroes.”

O’Sullivan actions landed her on TIME Magazine's 100 Most Influential People of 2020.

O'Sullivan was excited over the small details that went into her doll, telling TIME, "I used to get a hard time from the administrators about my tattoos and my hair and my pants being rolled up. But I didn’t want to be like anyone else. I’m 58 so I had no role models when I was growing up. This, I think, shows kids it’s OK to be different."

Also getting their very own Barbie is:

Professor Sarah Gilbert: A U.K. professor who led the development of the University of Oxford COVID-19 vaccine.

Dr. Jaqueline Goes de Jesus: A Brazilian biomedical researcher who is credited for leading the sequencing of the genome of a COVID-19 variant in Brazil.

Dr. Kirby White: An Australian general practitioner who helped create the “Gowns For Doctors” initiative by making a PPE gown that could be reused.