The horse fell and was temporarily unable to get up near the intersection of 45th Street and 9th Avenue just after 6 p.m., according to police.

Video provided to 1010 WINS from New Yorkers for Clean, Livable and Safe Streets, an advocacy group that wants to end the use of carriage horses in the city, shows the chestnut horse laying in the street as officers try to cool it down with water hoses.

The ailing animal was taken to an NYPD mounted facility for treatment, according to officials.

A spokesperson from Transport Workers Union Local 100, the union that represents horse-carriage drivers in New York City, said the horse tripped, and that it was able to walk itself to a trailer for transport.

"The horse got up on its own power and walked into the NYPD Mounted Police Unit horse trailer," said the spokesperson. "He’s at the stable eating and drinking and waiting for the vet."

Police did not say if an underlying problem might have caused the fall, though temperatures did reach a high of 88 degrees on Wednesday.

A bill was introduced in City Council last month that would replace horse-drawn carriages with electronic carriages in New York City.

“It's very hot and these horses have been suffering,” said Councilman Robert Holden who introduced the bill.

A Central Park carriage horse died of colic on July 20 during a heatwave that pushed temperatures into the 90s. 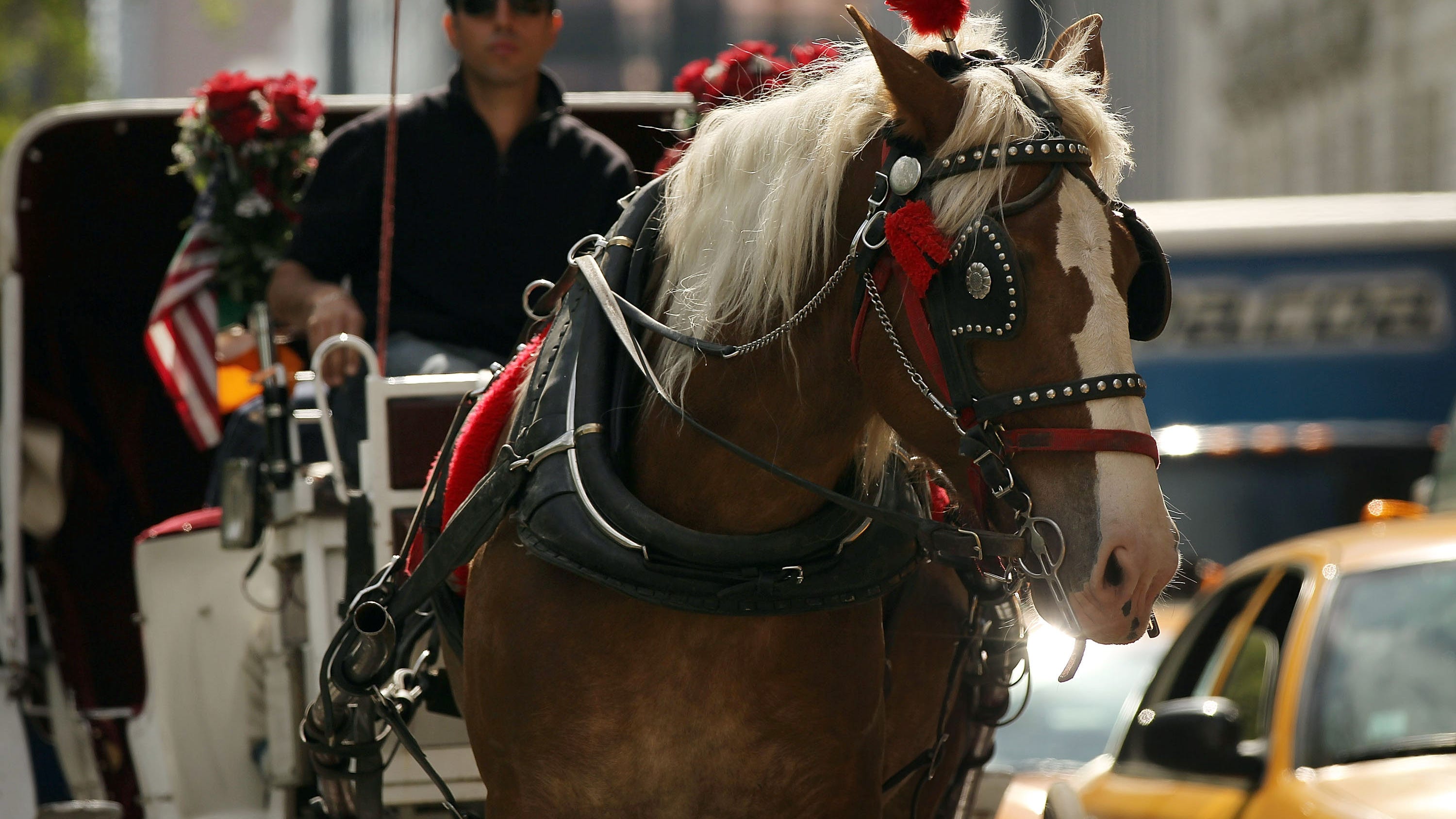 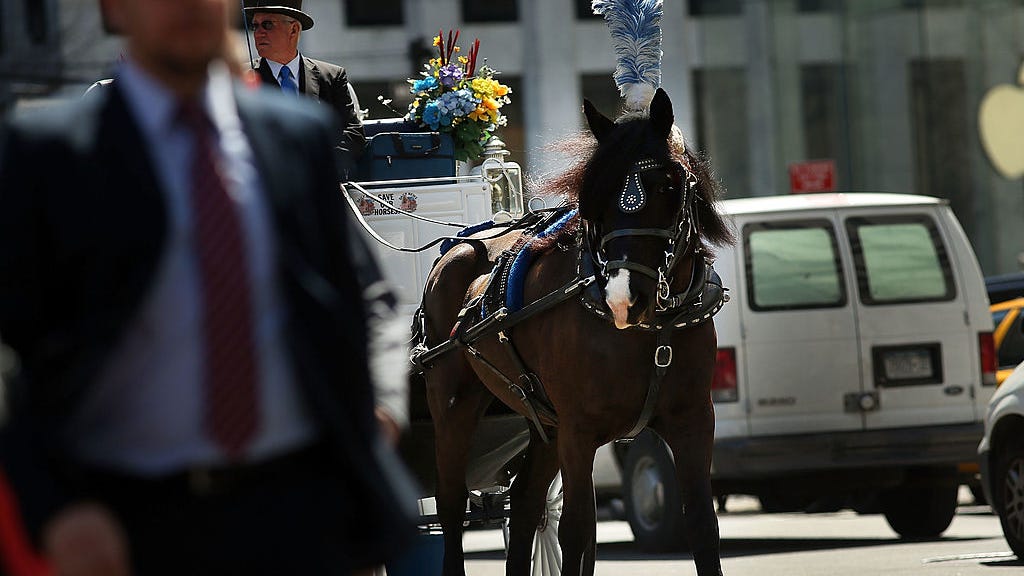