Charlotte Bennett, a former executive assistant and senior briefer to Cuomo, first told the New York Times that the governor asked her inappropriate questions about her sex life, including whether she ever had sex with older men.

On Thursday, O’Donnell told CBS2’s Mary Clavi that Bennett was “speaking out for the first time to share her story and hope that it brings about some change.”

Despite Gov. Cuomo saying he had never propositioned anyone, in the interview, Bennett said she believes Gov. Cuomo was, in fact, propositioning her for sex.

Bennett says she believes that national attention emboldened him to begin making inappropriate comments towards her.

CUOMO ACCUSER SPEAKS OUT: In her first television interview, Charlotte Bennett, a former aide to Gov. Andrew Cuomo, speaks with @NorahODonnell about her allegations of sexual harassment against the governor, providing the most detailed account yet from one of Cuomo's accusers. pic.twitter.com/MOS0iViBfw

“I think he felt like he was untouchable in a lot of ways,” she told O’Donnell.

Bennett says she and the governor had a strictly professional relationship until May 15, 2020, when she alleges the governor started to ask about her love life and seemed to become fixated on the fact that she is a survivor of sexual assault.

Cuomo’s former aide tells O’Donnell that things escalated even further on June 5, when she was called into the governor’s office to take dictation and he told her to turn off the tape recorder.

“Then he explains at that point that he is looking for a girlfriend. He is lonely. He's tired,” Bennett said. “He asked if I had trouble enjoying being with someone because of my trauma… The governor asked me if I was sensitive to intimacy.”

COMING UP: @NorahODonnell sits down with former aide to Gov. Andrew Cuomo, Charlotte Bennett, who is accusing the governor of sexual harassment.

The powerful, exclusive interview is the most detailed account yet heard from one of the governor’s accusers. pic.twitter.com/YDHurUVX8q

Bennett, a former health policy adviser for Cuomo’s administration, says she initially had hesitations about coming forward, because she responded honestly to Cuomo’s questions, despite feeling uncomfortable.

“When I was even thinking of coming forward, I think that was where I felt the most shame and that, like, I really was uncomfortable,” she said. “I feel like people put the onus on the woman to shut that conversation down. And by answering, I was somehow engaging in that or enabling it. When in fact, I was just terrified.”

“I feel like people put the onus on the woman to shut that conversation down. And by answering, I was somehow engaging in that...when in fact, I was just terrified,” Bennett said. pic.twitter.com/3J1Bd3gve4

To the people who will ask her why she didn't leave the room, Bennett says: “It didn't feel like I had a choice.”

Bennett says she has seen Gov. Cuomo’s apology, in which he said he never knew he made people feel uncomfortable, and she doesn’t think it’s enough. 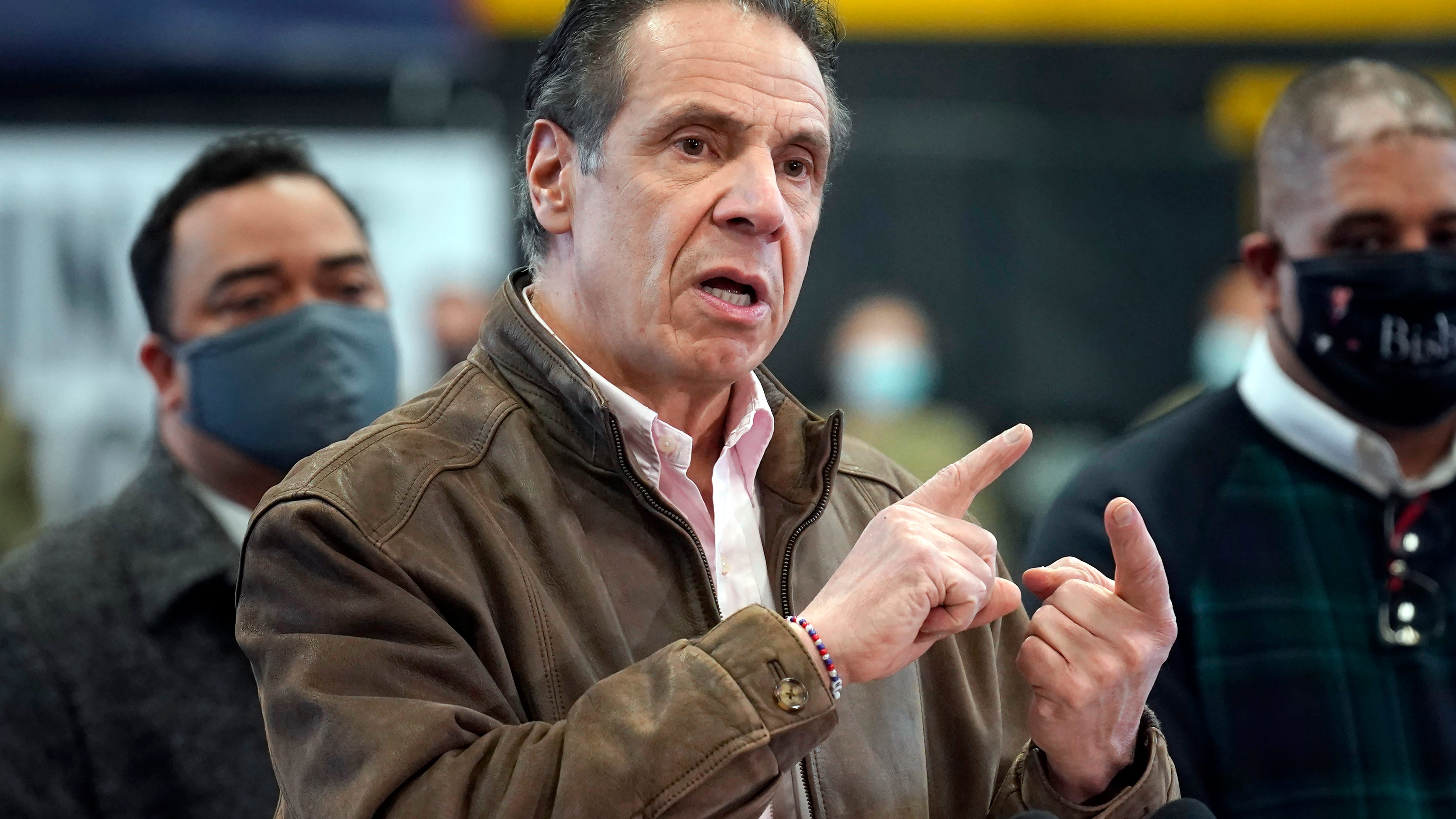 O’Donnell notes that CBS News has reached out to the governor’s office for comment, but he has not responded.

Earlier Thursday, the “CBS Evening News” host told WCBS 880’s Lynda Lopez that Bennett’s story was “very powerful” and noted the “allegations that she makes against the governor are shocking.”

Another former aide, Lindsey Boylan, a former deputy secretary for economic development and special adviser to the governor, recently accused the governor of subjecting her to an unwanted kiss and inappropriate comments.

A third woman claims the governor made an unwanted advance during a wedding reception in 2019, placing his hand on her bare lower back, grabbing her face and asking if he could kiss her.

Gov. Cuomo on Wednesday, in his first public remarks since the allegations surfaced, said he was "embarrassed," but told reporters that he intends to stay in office, despite growing calls for his resignation.

"I now understand that I acted in a way that made people feel uncomfortable. It was unintentional and I truly and deeply apologize for it. I feel awful about it, and frankly, I am embarrassed by it," Cuomo said. "I’m sorry for whatever pain I caused anyone, I never intended it, and I will be the better for this experience."