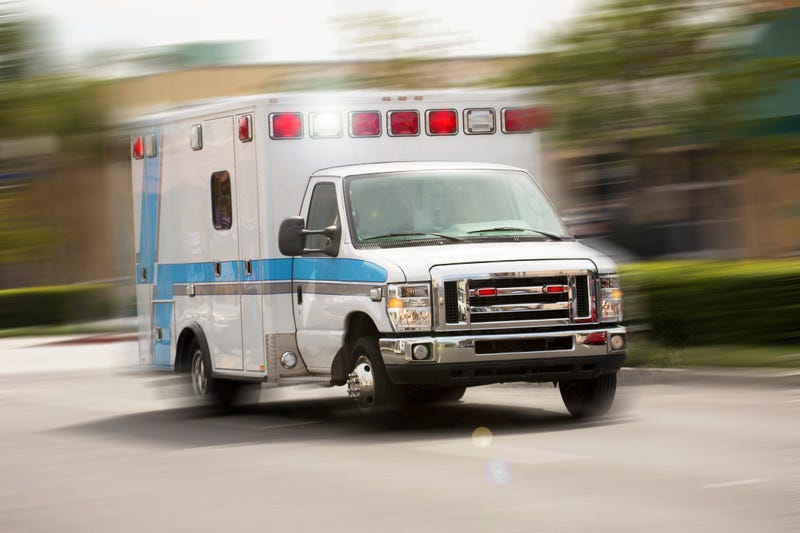 File photo: An ambulance rushes to the scene of a medial emergency. Photo credit Getty Images
By WCBS 880 Newsroom

ELIZABETH, N.J. (WCBS 880) — A 3-year-old boy in New Jersey died Wednesday afternoon after falling from the window of his home and being attacked by dogs in the backyard, authorities said.

According to the Union County Prosecutor’s Office, the 3-year-old fell from the window of the home on South 5th Street in Elizabeth around 5:25 p.m.

The child fell into the backyard of the home, where he was then attacked by multiple dogs, authorities say.

Prosecutors say the victim sustained serious injuries and was transported to Trinitas Regional Medical Center, where he was pronounced dead shortly after 6:30 p.m.

An investigation revealed that the dogs, which belonged to the victim’s family, were in the fenced in yard at the time of the incident.

“Representatives of a local animal control organization responded to the scene and secured the dogs, which were transported to another location,” the Union County Prosecutor’s Office said in a press release.

No criminal charges have been filed in connection to the incident as of Thursday afternoon and the investigation remains ongoing.

Anyone with any information about this matter is being urged to contact Prosecutor’s Office Detective Richard Acosta at 908-347-0404 or Detective Michael Tambini at 908-472-4301.