NEW YORK (WCBS 880) — With less than a month to go before voters head to the polls to decide the next mayor of New York City, WCBS 880 spoke with GOP candidate Curtis Sliwa for this week’s 880 Weekly Rewind.

During an interview with anchor Lynda Lopez, Sliwa discussed his views on a number of pressing issues affecting New York City, including homelessness, Rikers Island, crime rates and more.

“I’m in the streets, I’m in the public housing projects, I’m in the subway – not with antics – doing the things. For instance, in Brooklyn – which has a severe crime problem, garbage in the streets, all kinds of potholes, quality of life problems – [I’m] really doing the job that the Brooklyn Borough President, Eric Adams, should be doing,” Sliwa said, taking a jab at his Democratic opponent. 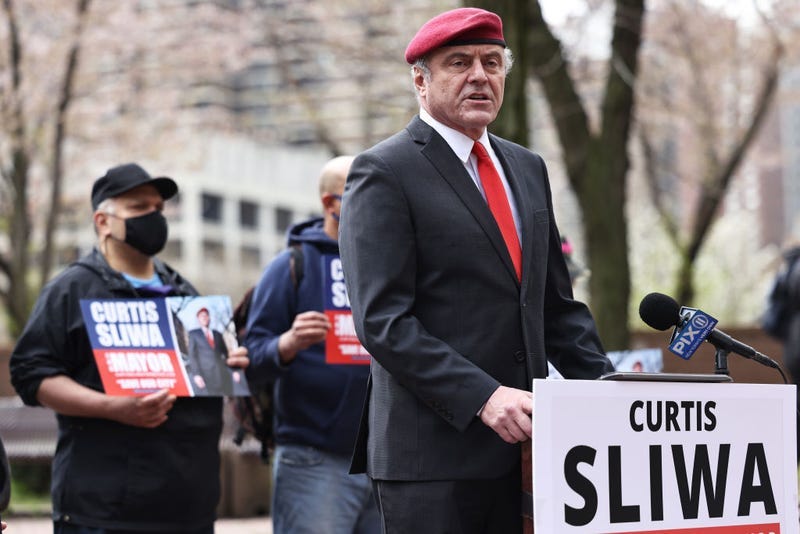 The founder of the Guardian Angels crime prevention organization noted he had been personally dealing with these types of issues for several years. He said his experiences can help him lead the city in change.

“I walk the streets, ride the subways with no security whatsoever,” Sliwa said, adding that he believes the mayor should be “a role model” for New Yorkers.

Sliwa also took a moment to respond to Adams' accusations that he has made a “circus” of the New York City mayoral election.

“He may call [my actions] antics, I call them doing service. When you go into a public housing complex at night…and begin to do verticals in a gang controlled public housing complex, or visit Rikers Island to meet with correctional officers on a shift change and see all the problems – that’s not antics, that’s serving the general public,” Sliwa said.

The GOP candidate accused Adams of being too preoccupied with being “wined, dined and pocket lined” to deal with the issues.

Listen to the full interview with Curtis Sliwa above in this week’s 880 Weekly Rewind, which airs Friday nights at 7 p.m. on WCBS 880, and is available on-demand on WCBS880.com and the Audacy app.