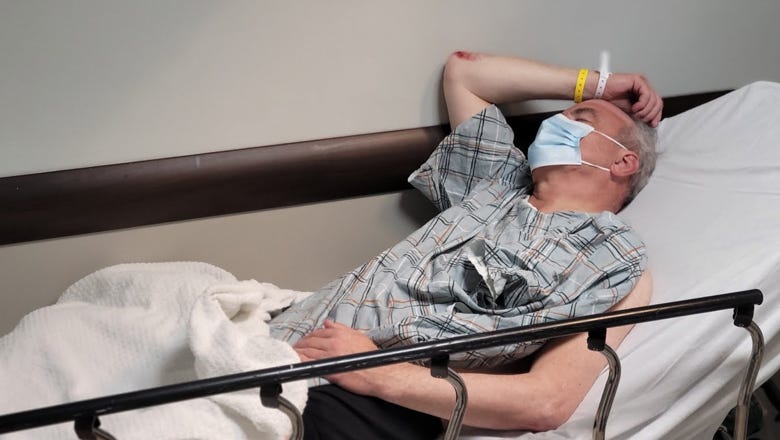 Curtis Sliwa at Lenox Hill Hospital after being struck by a cab in Manhattan on Oct. 29, 2021. Photo credit Nancy Sliwa
By Marta Zielinska, WCBS Newsradio 880

NEW YORK (WCBS 880) — Republican New York City mayoral candidate Curtis Sliwa sustained injuries to his arm and knee after he was struck by a yellow cab in Manhattan on Friday.

Sliwa was struck around noon while rushing to a live radio show at WABC, his sister and spokesperson, Maria Sliwa, said.

Sliwa's advisor, Rob Cole, told WCBS 880 that the mayoral candidate was getting out of a van near Rockefeller Center when he was struck by the cab.

The Guardian Angels founder admits it was his fault and didn't see the cabbie coming, Cole said.

The mayoral candidate made it into the studio and was able to complete his hour-long show. 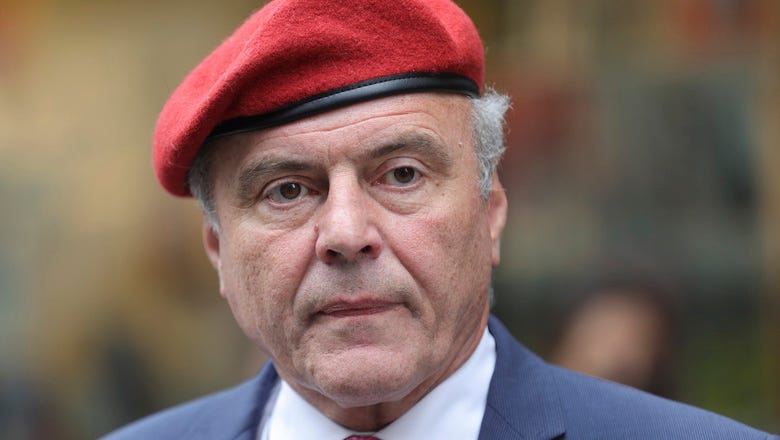 He addressed the incident during the broadcast, explaining what had happened and issuing an apology to the cab driver for the scare.

"There is a cab driver out there, I want to apologize to him. As I was running here to fulfill the hour that I had purchased for this exposé on Eric Adams, I was hit by the cab driver, thrust about six feet in the air right outside of 50 Rockefeller Center, where the Rockettes perform, and I have a feeling this cab driver and others thought that I was dead," Sliwa said.

Police said Friday that a report wasn't filed until Sliwa was treated at the hospital. Cops said Sliwa did not have the walk signal at the time of the incident, but that both remained at the scene afterwards.

"I flew in the air about six feet, scurried up, started running in order to get here in time," Sliwa added. "I just want to relieve that cab driver cause I'm sure he probably thought that he had killed me. And it was my fault. He had nothing to do with this at all as I was trying to beat the light and get to the other side before the changeover."

He later quipped on Twitter, "Don't worry, everyone. The taxi is okay."

Don’t worry, everyone. The taxi is okay.

Cole said Sliwa had landed on his arm after being thrown several feet.

He was taken to Lenox Hill Hospital on the Upper East Side where his wife said he had been diagnosed with a fractured left arm, which requires a sling.

"In addition, he has swelling on his left knee, which will require an ace bandage wrap," wife Nancy Sliwa said in a statement released at 4:30 p.m. "There is no internal bleeding. He is currently being fit into a sling. We are awaiting further review by the radiologist."

A photo provided by his campaign showed Sliwa dressed in a hospital gown and wearing a face mask while laying on a gurney. A scrape was visible on his right arm.

Sliwa was done campaigning for the day and is expected to be okay.

His sister and spokesperson, Maria Sliwa, said, "Out of an abundance of caution, the campaign is postponing this afternoon's schedule so that medical professionals can check out Sliwa at Lenox Hill Hospital."

Sliwa did not file a police report about the incident.

The accident comes just days before Election Day, which is Tuesday. 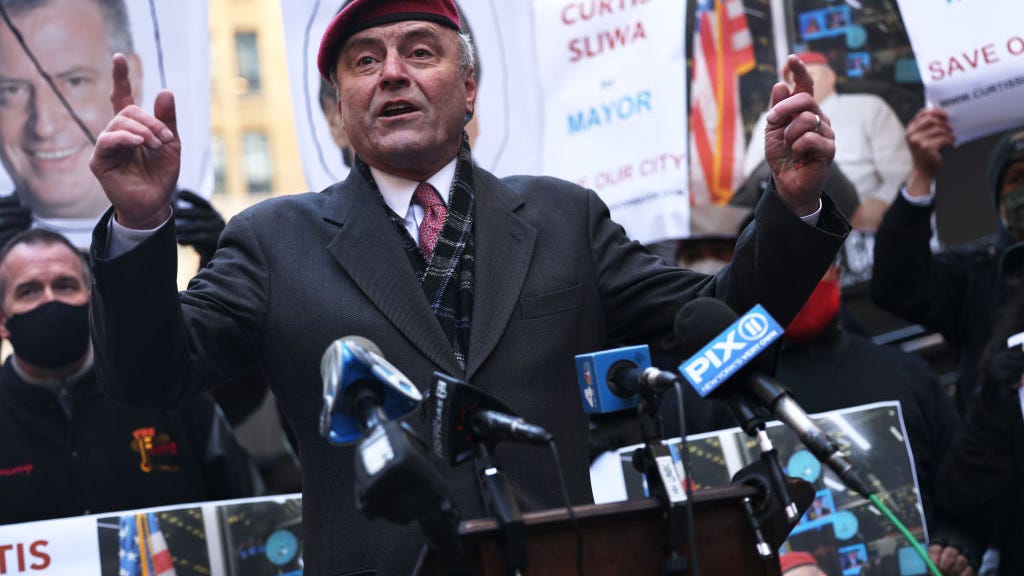