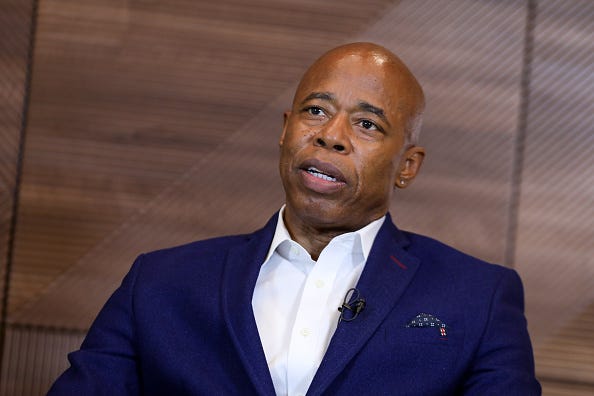 NEW YORK (1010 WINS) — Mayor-elect Eric Adams will travel to Ghana late Monday, despite earlier reports that a planned European visit was “up in the air” with concerns over the new omicron coronavirus variant that originated in Africa.

Adams, who will become the city's second Black mayor, confirmed Monday that he will travel to the West African country through Dec. 8 for a trip he has planned since the 400th anniversary of slavery in America passed in 2019.

"I made a promise to myself that I would visit Ghana following the 400-year anniversary of slavery in America and the election, to show how far we have come and remember how far we still must go," he said.

Sources told the Daily News Sunday that Adams was reevaluating the previously unannounced European trip because of the new variant of COVID-19 that has now been found among travelers in the UK, Australia, Canada, Germany, and the Netherlands.

Despite the U.S.'s newly implemented travel ban from 8 African countries and the World Health Organization's characterization of the global risk from the omicron variant as "very high," Adams said his trip will proceed, but he will "follow the science and our public health professionals as a leader."

“Should the federal government change their guidance on travel, I will immediately follow it. Meanwhile, New Yorkers must remain vigilant about preventing the spread of COVID, including wearing masks and getting their vaccines and booster shots.”

The New York Post reports Adams' family will join him on his visit.

Adams is set to be sworn in as the city’s next mayor on Jan. 1.