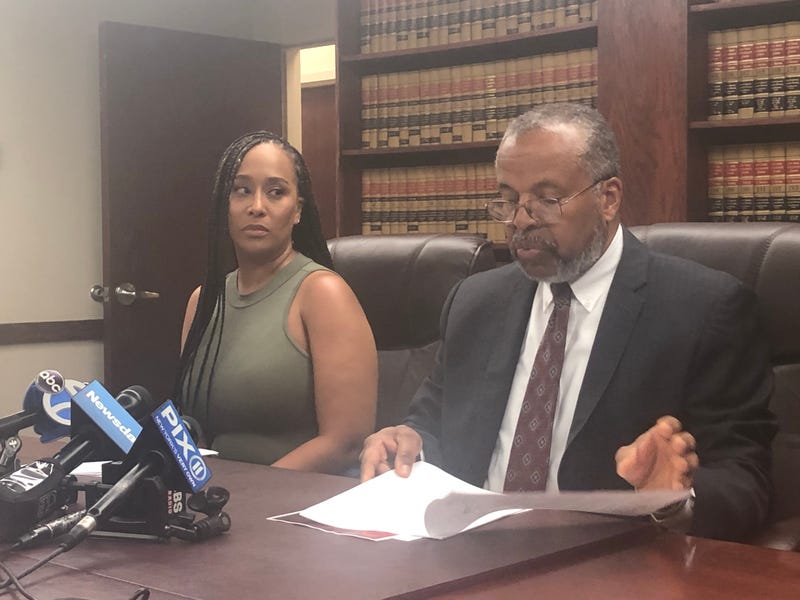 HEMPSTEAD, N.Y. (WCBS 880) — A Long Island woman who runs an organization that helps build community relationships with police says she was recently assaulted by a Suffolk County officer.

Cindy O’Pharrow, who is married to an NYPD detective, runs the organization Cops N’ Kids Long Island, which helped to deliver food and supplies to those in need during the pandemic.

She used her family’s own money to help purchase meals and eventually partnered with a church in Copiague to help even more people.

However, she says when she needed help and called for police, they assaulted her instead.

O’Pharrow claims a Suffolk County police officer pulled her out of an ambulance as she was in Dix Hills about to go to the hospital with a friend’s son who was shot at a graduation party on June 27.

“I feel my whole body snap, and was pulled so hard with so much force,” said an emotional O’Pharrow. “I was snapped chest to chest with the officer as he continued to hold on to my arm.”

The mother of five says she still has pain in her arm and believes the officer targeted her because of her race.

The shooting victim is recovering, and O’Pharrow’s attorney, Fred Brewington, has filed a notice of claim against the police department.

“If the police are not held accountable for how they treated me, then there is no hope for the countless persons who have been abused but have no voice,” said O’Pharrow.

The department’s spokesperson declined to comment on the incident.