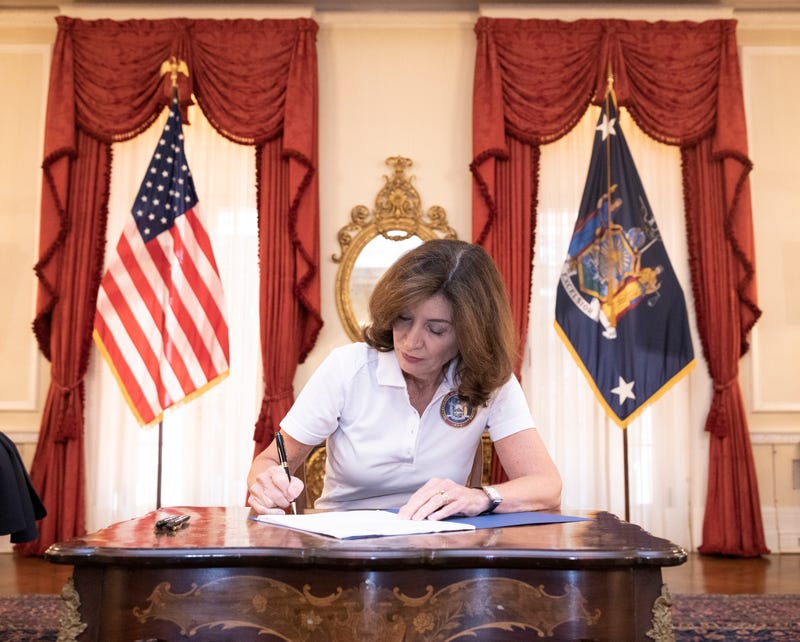 ALBANY (WCBS 880) — Gov. Kathy Hochul signed a bill Thursday to extend the state's eviction moratorium through Jan. 15 after the Legislature was sent back to vote on the extension in a special session and voted overwhelmingly for it.

Lawmakers were sent back for the session, just one day after the state’s moratorium expired on Aug. 31 and after the Supreme Court rejected the Biden administration’s federal moratorium on evictions.

“To help remedy the Supreme Court’s heartless decisions striking down the New York and the Biden administration’s moratoriums on evictions, we are enacting a new moratorium on residential and commercial evictions and extending the protections of New York’s Safe Harbor Act to January 15," Hochul said in a statement. "These steps will alleviate the crisis facing vulnerable New Yorkers who are suffering through no fault of their own.”

The state Senate first passed the bill 38-19, followed by a 80-60 passing in the Assembly.

After some discussion lawmakers reached a new deal to extend the protections for renters for an additional four and a half months.

“It is a huge sigh of relief for our clients,” said Ellen Davidson with the Legal Aid Society.

She added that the extension makes sense, as the state is still struggling to get out rent relief money to thousands of New Yorkers.

She believes the moratorium should continue until “the rent relief program gets to a point where it works.”

Davidson noted that she and many others were fearing a spike in homelessness “at a time when the delta variant is causing so many infections,” and are grateful for lawmakers’ speedy work.

According to WCBS 880’s Steve Burns, the new law also makes changes in light of a Supreme Court ruling that found New York’s old rules didn’t give landlords due process.

“The Supreme Court's decision was based on the fact that once a tenant submitted a hardship declaration, it stopped the case, and landlords couldn't challenge it,” explained Davidson.

Landlords will now have that ability to challenge tenants in the courts.