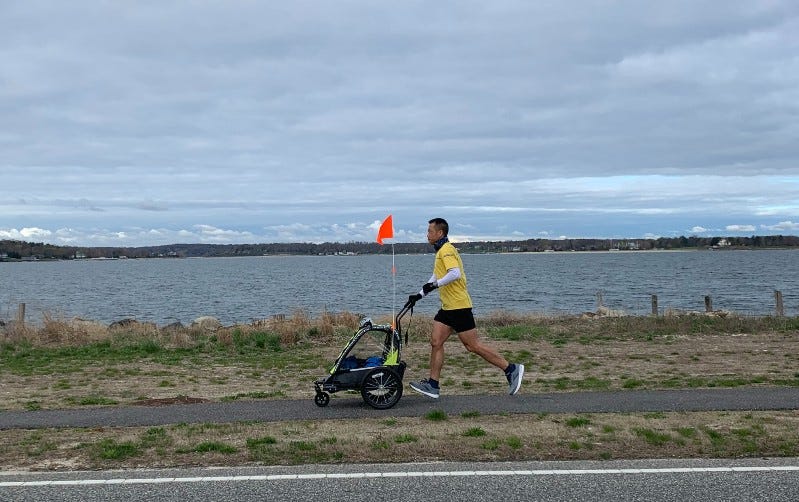 Wei Law will be running a 555-mile marathon to raise money for Parkinson's research. Photo credit Handout
By Sophia Hall

BETHPAGE, N.Y. (WCBS 880) — A Long Island man is planning to embark on a 555-mile run from upstate New York to Manhattan to raise money for Parkinson’s research.

Wei Law, of Bethpage, plans to hit the pavement on Friday and will run the equivalent of 21 marathons from Buffalo to Battery Park.

Law says he expects to complete the run in 10 days and is doing it all in memory of his friend’s father, who died recently after battling Parkinson’s disease for 12 years.

“Every run that I have done over the years have had some sort of meaning,” said Law. “I always have done runs for charities but, in this particular one – not only is this is the longest I would ever run, but it was put together basically because of Dennis’ father.”

Dennis Almodovar, who met Law at a charity run 15 years ago, says he is touched that his good friend is running to raise awareness and money for research into the disease.

He notes that he and his father, Ruben, were runners themselves and remembers his dad as being resilient.

“My dad was a very strong man and I think that's where I get my ability to run as far as I can but, it just shows you how, no matter how strong you are, the disease can be pretty bad,” Almondavar told WCBS 880.

The money will support the Thomas Hartman Center for Parkinson's Research at Stony Brook University.

To donate to Law's cause, visit crowdfund.StonyBrook.edu.