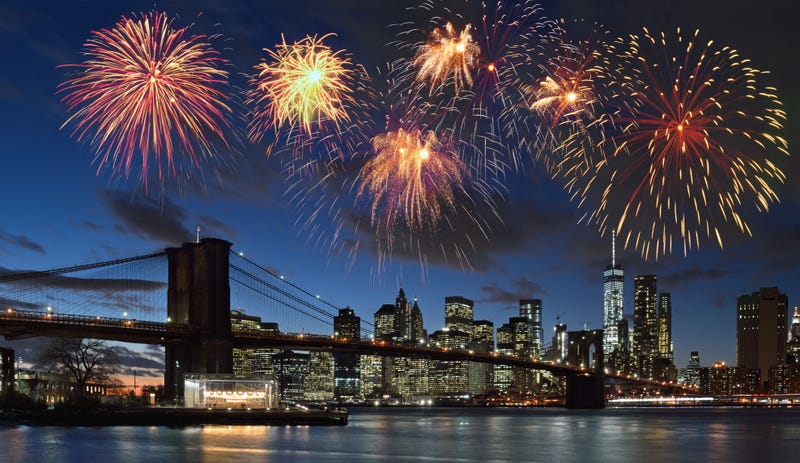 NEW YORK (WCBS 880) — The Macy's Fourth of July fireworks show will welcome crowds back as New York City's COVID-19 positivity rate drops to its lowest levels since the start of the pandemic.

The rockets red glare will be seen once again live from the East River this Independence Day.

Mayor Bill de Blasio declared it will be the “biggest” Macy’s fireworks show ever.

“They are bringing back the full-scale fireworks show as we have loved it for decades and decades,” de Blasio said at his daily briefing Thursday. “This will be the biggest show yet."

New York City is back, and so are the @Macys Fourth of July Fireworks! Join us at City Hall. #NoStoppingNewYork https://t.co/dVI5RjqeBG

The show will feature performances by Coldplay, Tori Kelly and Reba McEntire.

Will Coss, executive producer of the Macy's fireworks, said more than 65,000 shells and effects will be launched from five barges lining the East River off midtown Manhattan on Sunday, July 4 at 9:25 p.m.

“As America commemorates Independence Day, we are thrilled to join the celebration with a spectacular Macy’s 4th of July Fireworks display honoring the heroic spirit of our nation,” said Coss,. “Live from New York City, five barges positioned on the East River will launch an epic celebration that will inspire a renewed sense of hope and optimism among our fellow New Yorkers and viewers nationwide.”

Public viewing locations will be set up for verified vaccinated spectators on elevated portions of the FDR Driver in Manhattan with entrances at East 23rd, East 34th and East 42nd streets.

Public viewing areas for unvaccinated people will be set up along the East River in parts of Queens, Brooklyn and Manhattan.

The public viewing plan could change as health and safety regulations evolve.

Last year's show was pre-taped at undisclosed locations across the five boroughs to avoid crowds because of COVID-19 restrictions.