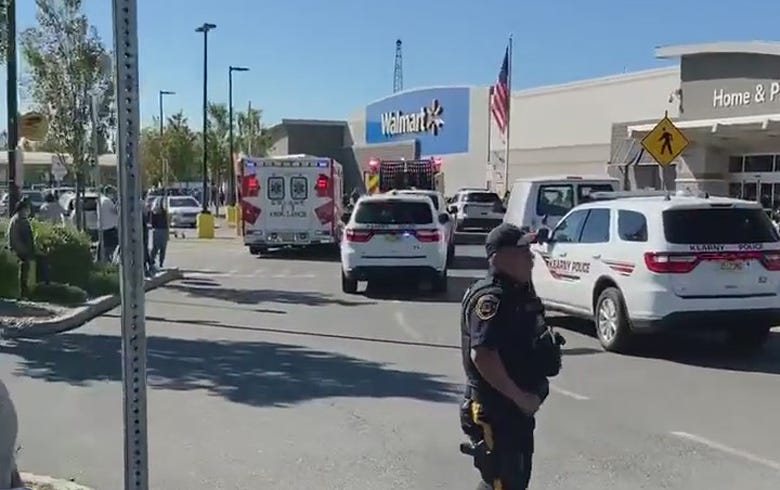 KEARNY, N.J. (WCBS 880) — A man was rushed to the hospital Friday morning after being violently attacked with a machete at a Walmart in New Jersey.

According to Kearny Police, officers received a 911 call regarding an assault at the Walmart on Harrison Avenue around 10:30 a.m.

When officers arrived at the scene, they found a man inside the store with a “deep laceration to the back of his head.”

A preliminary investigation revealed that the victim was involved in an argument with another man who struck him in the head with a machete.

It remains unclear what the dispute was about.

The victim, identified only as a 43-year-old resident, was rushed to University Hospital in Newark, where he was treated and released.

Video posted to Twitter showed a heavy police and emergency personnel presence at the scene throughout the morning.

Kearny Police officials said the investigation remains ongoing. The suspect took off before police arrived and there were no reports of an arrest.

A spokesperson for Walmart told WABC-TV that the incident was surprising to the store and community.

"We are shocked by today's incident and are hopeful the injured customer recovers quickly," the company told the outlet. q