NEW YORK (WCBS 880) -- Police are searching for an armed suspect wanted in connection to string of robberies that targeted T-Mobile stores across the city this month, authorities said.

The suspect approached a store employee and displayed a firearm while demanding money.

The suspect took approximately $1,139 before fleeing into a red SUV to parts unknown.

At about 11:35 a.m. on Saturday, May 21, the suspect entered a Metro by T-Mobile located at 103-16 Liberty Avenue in Ozone Park and approached a store employee and displayed a firearm while demanding money, cops said.

The third incident happened on Sunday, May 22, at approximately 3:40 p.m., at a Metro by T-Mobile located on Fulton St. in Bedford-Stuyvesant, authorities said.

The suspect engaged in conversation with a store employee then displayed a firearm and demanded money.

The suspect took about $230 before fleeing northbound on Patchen Avenue on foot.

The suspect then returned to the Bronx Metro by T-Mobile located at East 233rd St. on Tuesday, May 24, at about 7 p.m., the NYPD said.

He engaged in conversation with a store employee before displaying a firearm and demanding money.

The suspect took approximately $158 before fleeing on foot towards Baychester Avenue.

The suspect is described as a man with a dark complexion, approximately 35-45 years old, about 5'8" - 5'9" in height and has a medium build.

Anyone with information in regard to the identity of this individual is asked to call the NYPD's Crime Stoppers Hotline at 1-800-577-TIPS (8477). 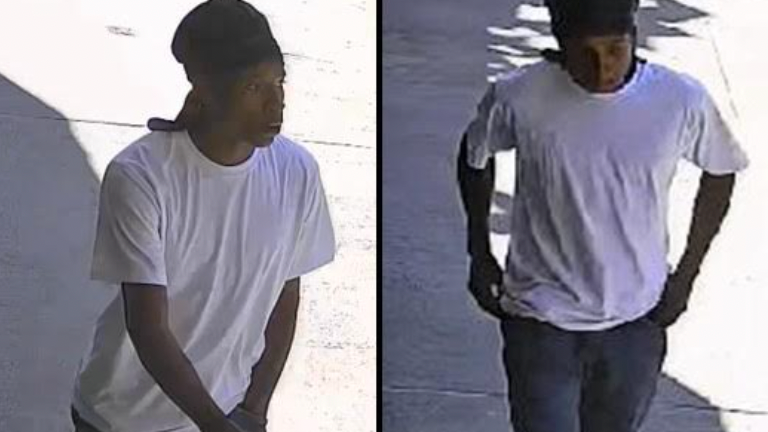 Thief punches, pushes victim while trying to steal cellphone in the Bronx