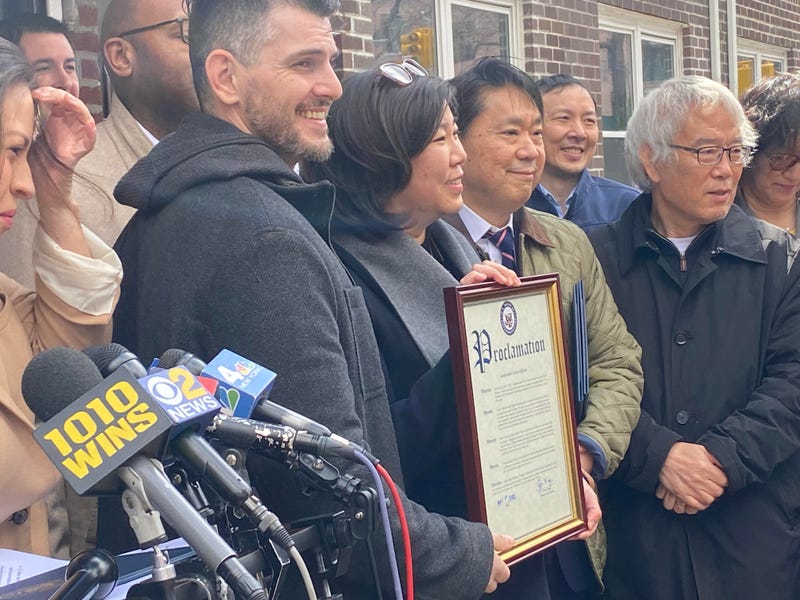 US Rep. Grace Meng honors Louie Suljovic for rescuing a woman who was stabbed and robbed outside his Queens pizza shop. Photo credit Juliet Papa
By Peter Haskell and Juliet Papa, WCBS Newsradio 880

NEW YORK (WCBS 880/1010 WINS) — A Queens pizza shop owner and his father, who both jumped into action to rescue a woman as she was being attacked during a robbery outside the restaurant, were honored for their heroics on Friday.

The owner of Louie's Pizza, 38-year-old Louie Suljovic and his father, 68-year-old Cazim Suljovic, were working behind the counter last Saturday night when the 61-year-old woman was ambushed on the sidewalk outside the Elmhurst establishment.

Both Louie Suljovic and his father ran outside to intervene and were stabbed in the process.

Neighbors hanging out the window cheering for Louie and his dad, who rescued a mugging victim and was stabbed in the process. #Elmhurst #Louie’s pizza@1010WINS pic.twitter.com/5wz91Ex8sA

"They are true heroes," Meng tweeted after the ceremony. "I salute their selflessness & bravery. Our borough & city are tremendously proud of them, & will never forget the sacrifices they made to their own safety in order to help a fellow New Yorker."

Proud to present them with an official congressional proclamation. I salute their selflessness & bravery. Our borough & city are tremendously proud of them, & will never forget the sacrifices they made to their own safety in order to help a fellow New Yorker. 2/2

She proudly declared Friday as "Louie Suljovic and Charlie Suljovic Day" in the congressional district.

"This is who we are," said Louie Suljovic, a military veteran. "This is what loving thy neighbor is."

EMT Michael Rojas, who happened to be going down Baxter Street when he saw the violence and later took the younger Suljovic to the hospital, heaped praise upon the two men.

"They acted without thinking of any consequences and this is what heroes do," Rojas said, adding that the two men were heroes during the pandemic, staying open to feed Elmhurst Hospital and first responders. "Not all heroes wear capes, some of them serve pizza."

VIDEO. Hero pizza guy Louie Suljovic talks about his dad walking to nearby Elmhurst Hospital after being stabbed nine times. The two men intervened when an elderly Asian woman was attacked outside their pizza shop. Government officials honored their bravery. @wcbs880 pic.twitter.com/OkiiyQEUII

Louie Suljovic, who suffered a single stab wound, was released from the hospital two days ago and is back at work at the pizzeria. His father, who was stabbed nine times, remains hospitalized as he continues to recover from his injuries.

"Everything hurts," the younger Suljovic said, but when asked whether he has any second thoughts now he replied, "Never. I would do it again right now, in the condition I'm in because that's who we are. We're people who would give ourselves. We're New Yorkers, we have love for everybody, it doesn't change anything. If you're a stranger or a best friend, if you need help we're here for you." 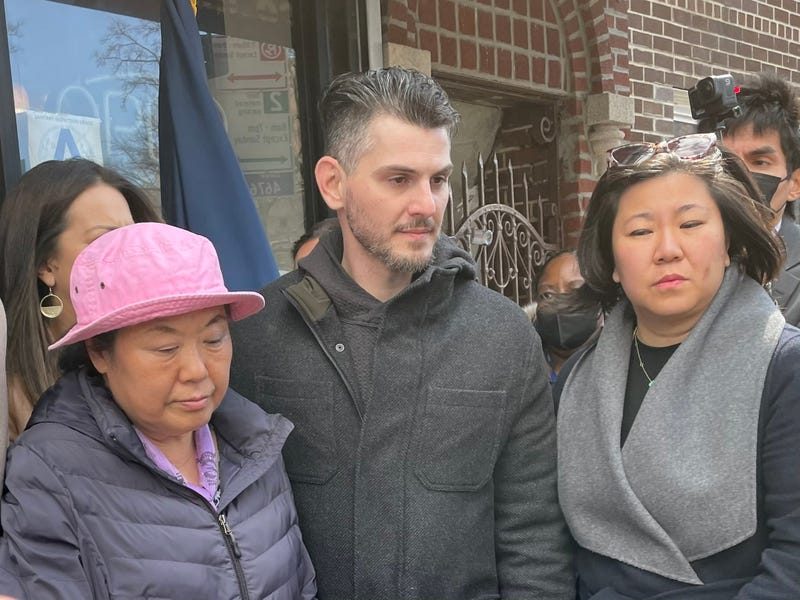 Louie Suljovic (center) was reunited with the woman he helped save (left) after she was ambushed during a violent attempted mugging outside his Queens pizza shop. Photo credit Peter Haskell

During the ceremony, the victim stopped by to thank Suljovic.

"I wish for the speedy recovery of the owner of the pizza store," she said through an interpreter. "I will never forget my indebtedness here."

While addressing reporters, Suljovic took aim at bail reform, saying current laws have created new types of criminals, who know no consequence, and demanded that change.

VIDEO. He’s still recovering from being stabbed, but Elmhurst pizza store owner Louie Suljovic is being honored by officials for intervening when an elderly Asian woman was being attacked. Suljovic’s dad is still hospitalized. @wcbs880 pic.twitter.com/pqc5xCSp2N

"I hope this incident is a catalyst for change. This city needs change," Suljovic said. "We need to stop the violence, we need to put the people who are repeat offenders in prison. It becomes a revolving door, a literal revolving door, and I think the city's had enough of it."

Two suspects have been arrested in the case. A third remains at large.

A GoFundMe was started for the heroes to help pay for medical expenses. 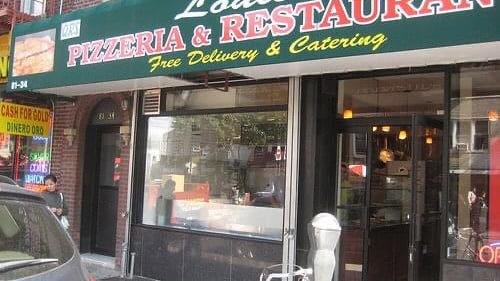