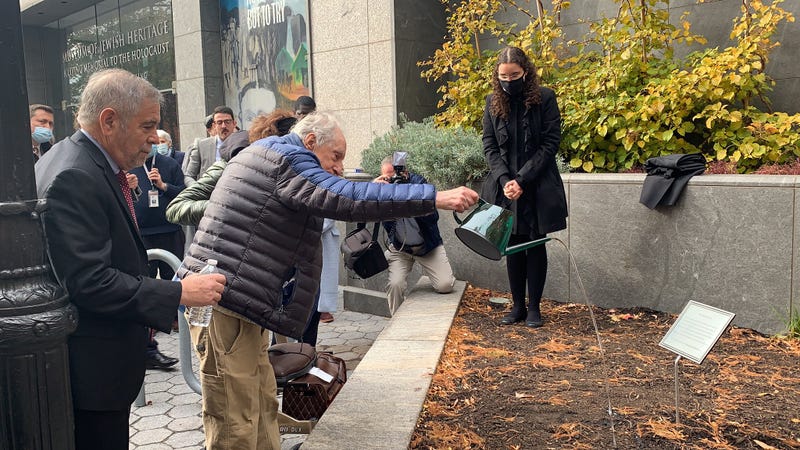 NEW YORK (WCBS 880) — A sapling descended from a tree planted in a German concentration camp during the Holocaust is now growing in Battery Park City.

The silver Maple tree is a descendant of one planted in 1943 by children inside the Theresienstadt concentration camp in what is now the Czech Republic.

"15,000 children went to Theresienstadt under the age of 16, less than 100 survived," said historian Dr. Michael Berenbaum, who helped bring the sapling to the Museum of Jewish Heritage in Downtown Manhattan. "The tree is a commitment to the future which is the dream of hope, even in a world that despises and despairs."

One of the camp survivors, 98-year-old Fred Terna, remembered the children cared for the tree with their daily rations of water.

Holocaust survivor 98 yr old Fred Terna waters the “Children’s Tree”… a sapling from a tree planted by children at the Theresienstadt concentration camp in the Czech Republic @wcbs880 pic.twitter.com/RJKApeek7G

He was given the honor of being the first to water the so-called "Children's Tree" at a dedication ceremony Thursday.

Berenbaum said the sapling is one of six taken from the original tree, which served as a symbol of hope.

"There was still hope in such a dark place and maybe our world needs to understand that hope is possible even in a dark world," Berenbaum said. 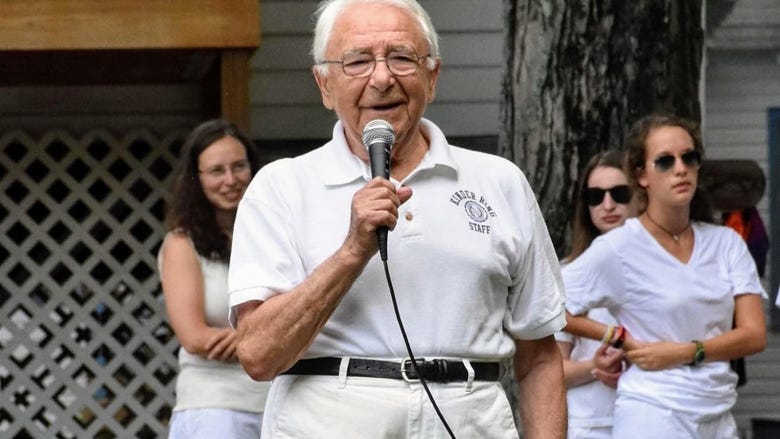