ALBANY, N.Y. (AP) — New York is reinstating restrictions on visits to hospitals, nursing homes and prisons in its coronavirus “red zones” as the state tries to reverse a slow but steady increase in the number of infections.

New York is making exceptions for compassionate care visits, necessary legal representatives and those who serve as essential companions to individuals with intellectual or development disabilities or cognitive impairments including dementia. 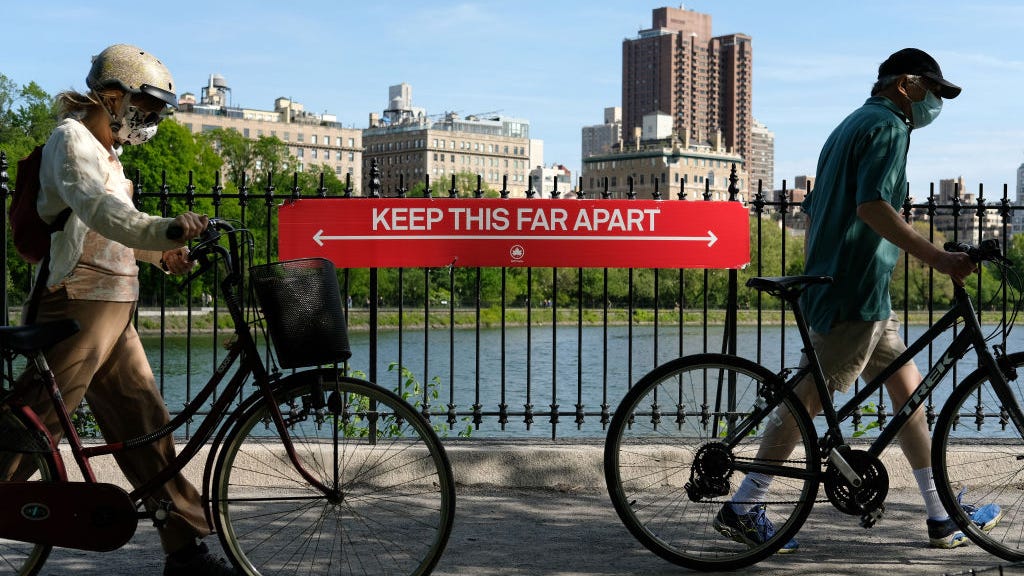 Are you living in a coronavirus hot spot? See maps, zoning rules

The state had halted most visits at prisons, nursing homes and hospitals in March. Cuomo’s administration let hospitals open their doors in June, while prisons resumed visitation in August.

New York had restricted visits at nursing homes in mid-March just as the virus began killing thousands of residents. The ban was later lifted in July for any home that was COVID-free for 28 days, later reduced to 14 days.

State Health Commissioner Howard Zucker said restricting visits at nursing homes in red zones is a “failsafe,” and that nearly all those nursing homes aren’t open for visits anyways.

New York nursing homes reported 713 confirmed and suspected COVID-19 cases for the four weeks ending Oct. 11, according to federal Medicare data. That’s up from 379 reported over the previous four weeks through mid-September.

Statewide, New York has seen nearly 37,000 new COVID-19 infections in October. It is on pace to have more than double the number of people fall ill with the virus this month as were sickened in September.

Prior to Sept. 24 the prison system had seen only 774 cases since the start of the pandemic. Advocates for inmates have pushed for regular mass testing of inmates, while the Cuomo administration contends the state’s strategy early-on of testing symptomatic or exposed inmates avoided large outbreaks in prisons.

Secretary to the Governor Melissa DeRosa said Monday that the state is planning to have tested all roughly 36,000 incarcerated individuals in the state by the end of November.

The number of cases at the Elmira prison jumped from zero last month to 459 as of Friday, according to the latest state data. DeRosa said officials have split up bunk beds and boosted testing.

“I think this is the biggest spike we’ve seen in New York state prisons,” said Katie Schaffer, director of advocacy and organization at the Center for Community Alternatives in Brooklyn.