Click here to listen to the news, traffic and weather while the Mets are on.
By Adam Warner

NEW YORK – New York state reported a record number of new cases — and number of tests — Friday as Gov. Andrew Cuomo said the state will be receiving even less COVID vaccine doses from the federal government next week.

There were 183 more deaths, Cuomo said. Hospitalizations declined by 15 to 8,808, while the number of people in intensive care rose by 34 to 1,570. The number of intubated patients also increased by six to 962.

Total COVID hospitalizations are at 8,808.

Sadly, there were 183 fatalities. pic.twitter.com/APwXZtlX7W

Cuomo said that there’s a “complicated situation” where the number of people eligible for the vaccine is rising even as allocation from the federal government hasn’t increased.

In fact, he said next week’s vaccine allocation from the federal government is down from about 300,000 to 250,000 dosages.

He compared getting the limited number of doses to the 7.1 million New Yorkers who are eligible to “opening the floodgates of eligibility and forcing it through a syringe.”

He said the anticipation was that as the federal government increased eligibility it would also increase allocation.

“That hasn’t happened. They increased the eligibility, they did not increase the supply,” Cuomo said. 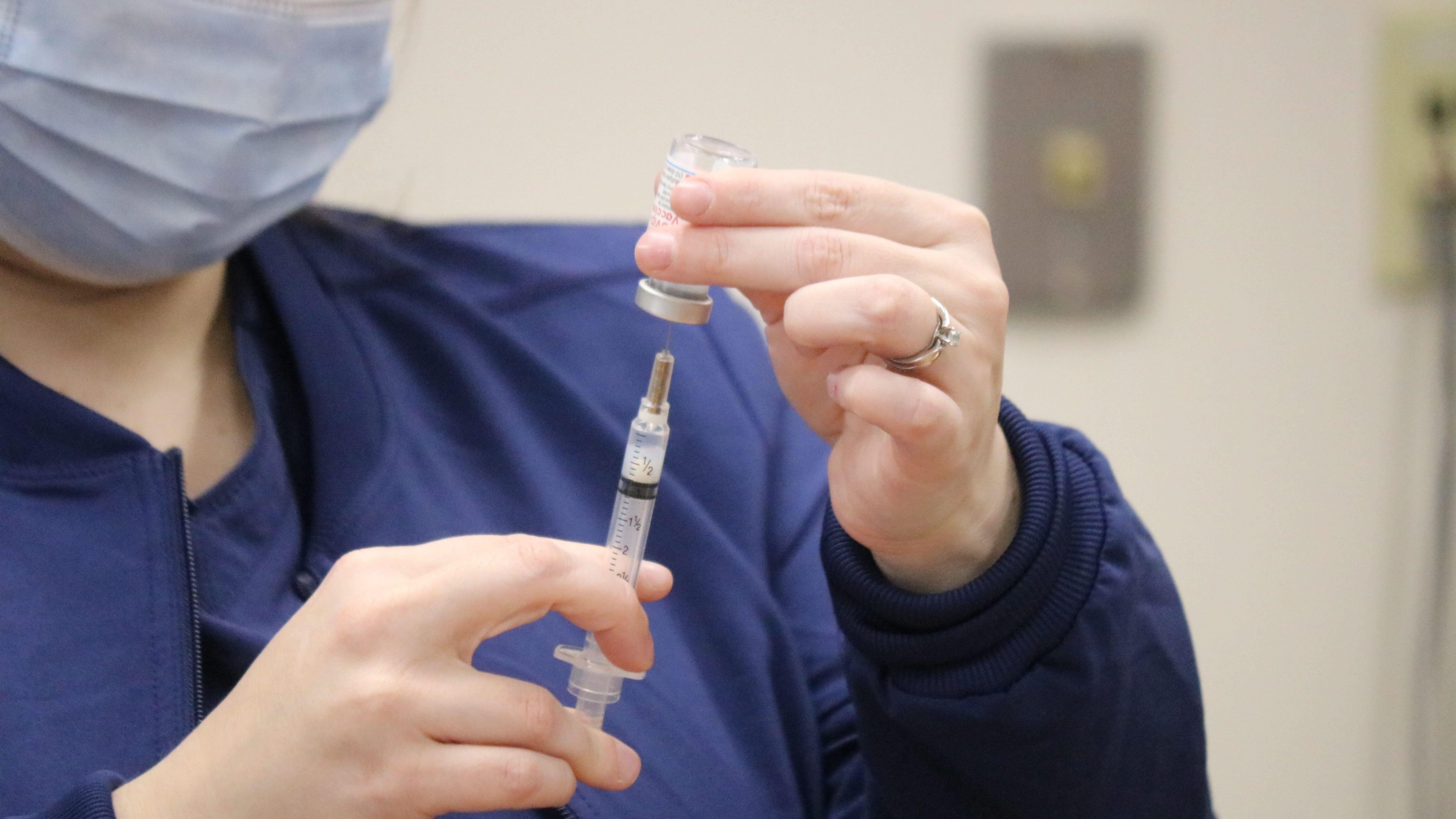 The governor pointed out that the 7.1 million New Yorkers who are currently eligible are roughly half of the state’s population over 16 who will ultimately be eligible for the vaccine, which is 15.4 million.

“Our constraint is the federal supply, and that is creating a scheduling backlog and it’s creating pressure on what was supposed to be the prioritization process,” Cuomo said, adding that the state is now scheduling appointments up to 14 weeks in advance.

“Most of the distributors are already fully booked,” he said.

But he said the percentage of first doses administered is “uneven” by region; for example, 60% have been given in New York City, while 78% have been given on Long Island and 76% in the mid-Hudson Valley.

It also varies by providers. Some locations in the city have reported 100%, while others are as low as 18%.

Cuomo said that as a result, the “faster” of the state’s 1,200 distribution sites will get more of the new allocations.

“Why? Because they get it out the door faster and this is about getting needles in arms,” he said.