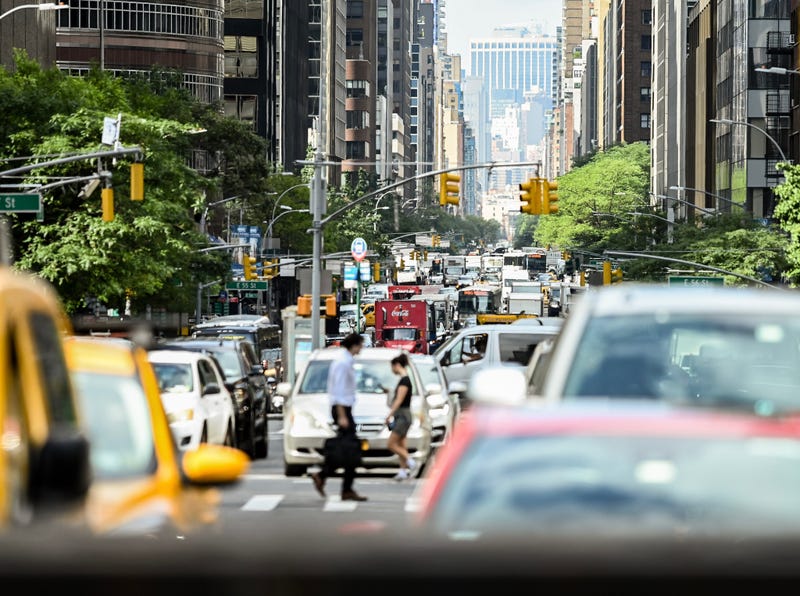 NEW YORK (1010 WINS/WCBS 880) -- Drivers could pay anywhere from $9 to $23 to drive into Manhattan below 60th Street under the latest estimates on congestion pricing released by the MTA on Wednesday.

After years of delays, congestion pricing is kicking into high gear with the release of the MTA’s highly anticipated Environmental Assessment. The plan could reduce car traffic by as much as 20% and truck traffic by as much as 81% in the notoriously jammed areas of Midtown and Lower Manhattan, an analysis found.

Overall, the detail-heavy document concludes that congestion pricing would accomplish its main goals of reducing traffic in Manhattan, improving air quality and generating $1 billion a year in revenue for the transit system—but at a big cost to drivers. 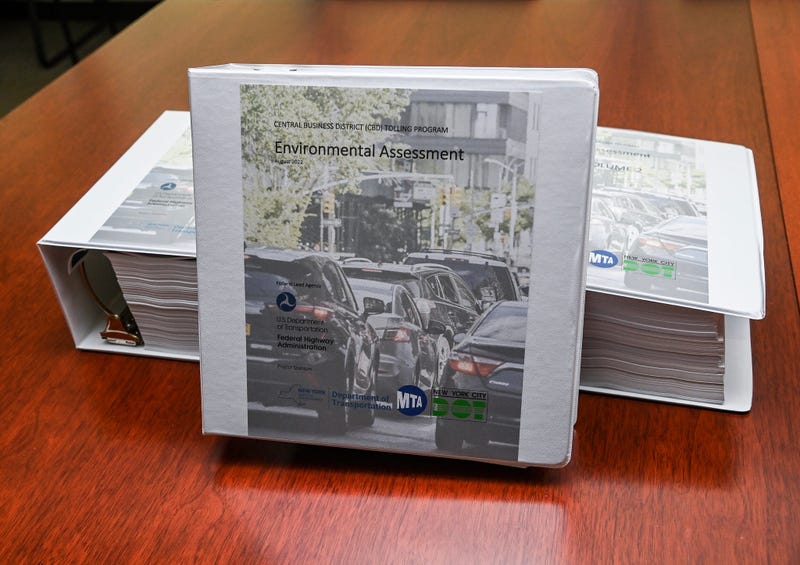 The MTA presented several tolling scenarios in its massive report. The $9 to $23 range would apply to drivers entering the so-called “Central Business District” by car on a weekday between 6 a.m. and 8 p.m. Commercial vehicles could pay anywhere from $12 to $82.

The price would also depend on how many discounts and exemptions get doled out, including credits to New Jersey and outer-borough commuters who are already paying a toll to cross into Manhattan at crossings like the Lincoln Tunnel and Queens-Midtown Tunnel.

The MTA estimates that it could start charging drivers as soon as late 2023 or early 2024. More public hearings are scheduled for later this month before the final details get ironed out.

There are a few exemptions to the novel toll, including the West Side Highway and the FDR Drive. Drivers would only be charged when they turn off those roads. 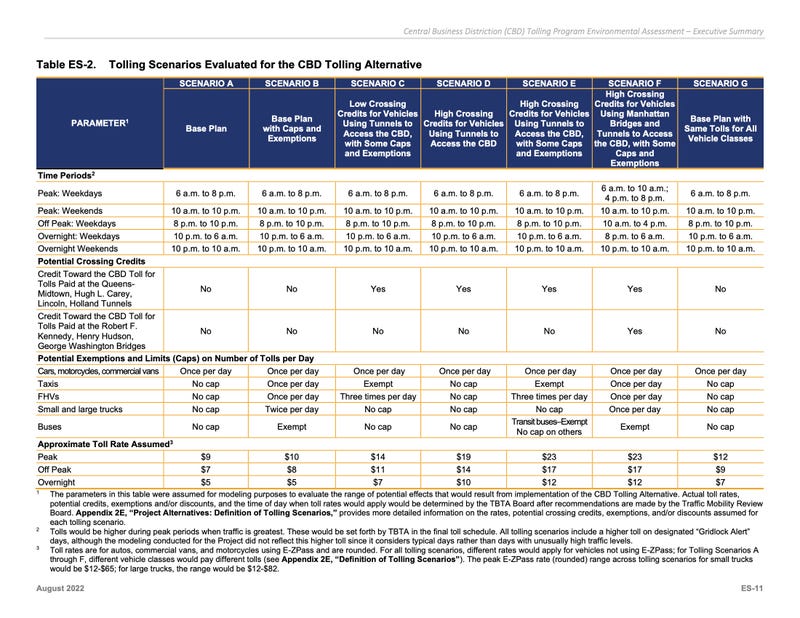 Details of the congestion pricing plan were released Wednesday by the MTA. Photo credit MTA 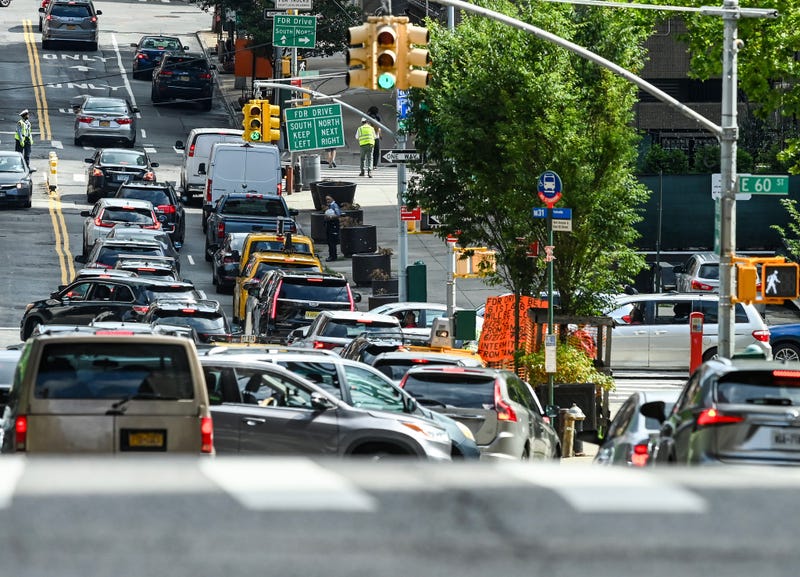 More than 7.6 million people enter Manhattan below 60th Street each weekday, according to the MTA. Photo credit Marc A. Hermann / MTA

The tolling equipment itself would be similar to the gantries currently at crossings. They’d either read a driver’s E-ZPass transponder or take a snapshot of their license plate and bill them by mail. The MTA wants to put the equipment on existing polls to help it blend into the streetscape.

The analysis points to a big impact for truck traffic in the congestion zone, which could get cut by as much as 81%. But that could mean more big rigs heading through Staten Island or the South Bronx.

There would also be a major impact on the taxi and for-hire vehicle industry, with planners predicting a significant drop in business for them. The MTA is looking at creating a job-training program to help cabbies transition to jobs as bus or paratransit drivers. 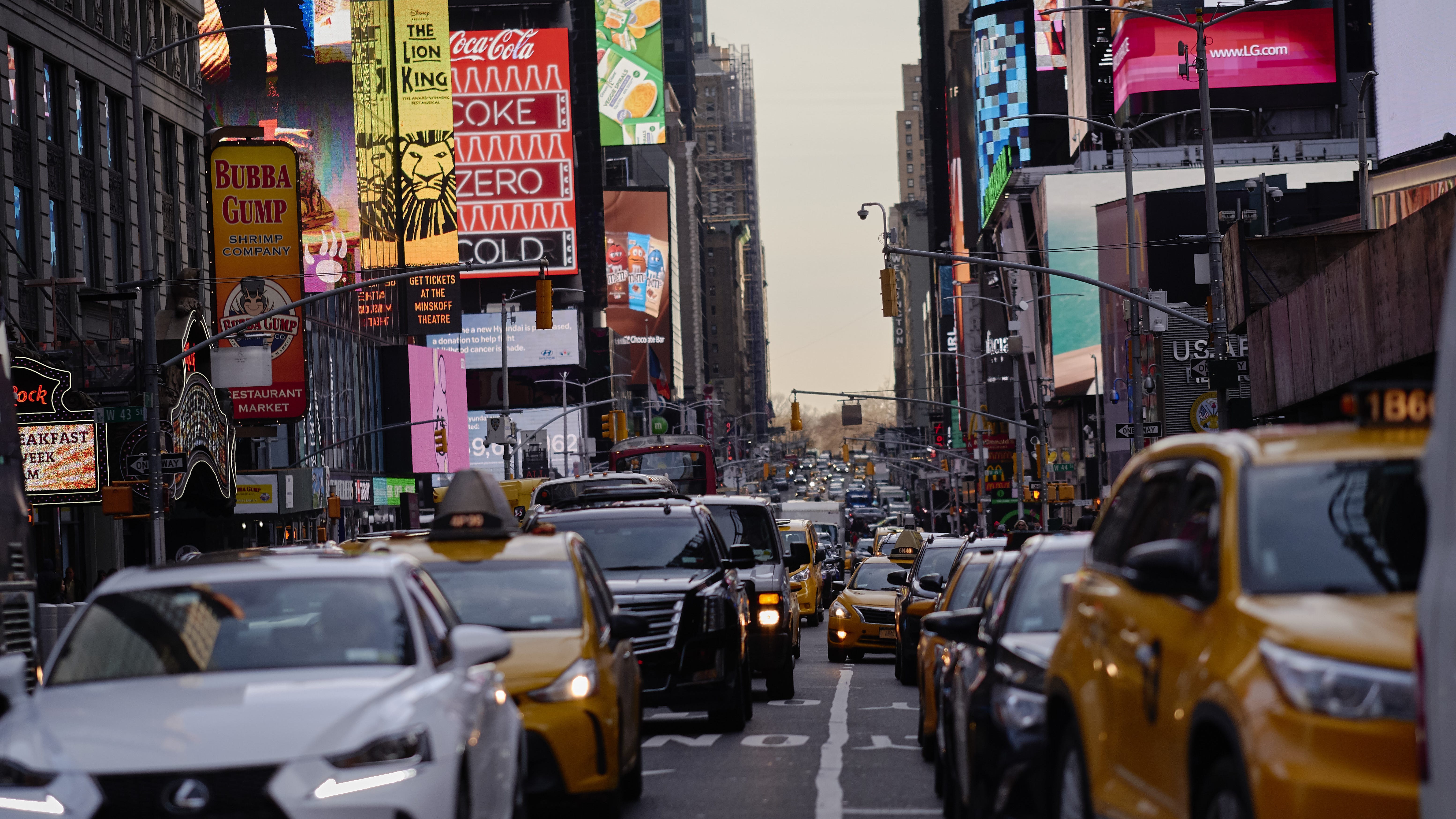 'CONGESTION PRICING IS ON THE MOVE': MTA announces deal with feds 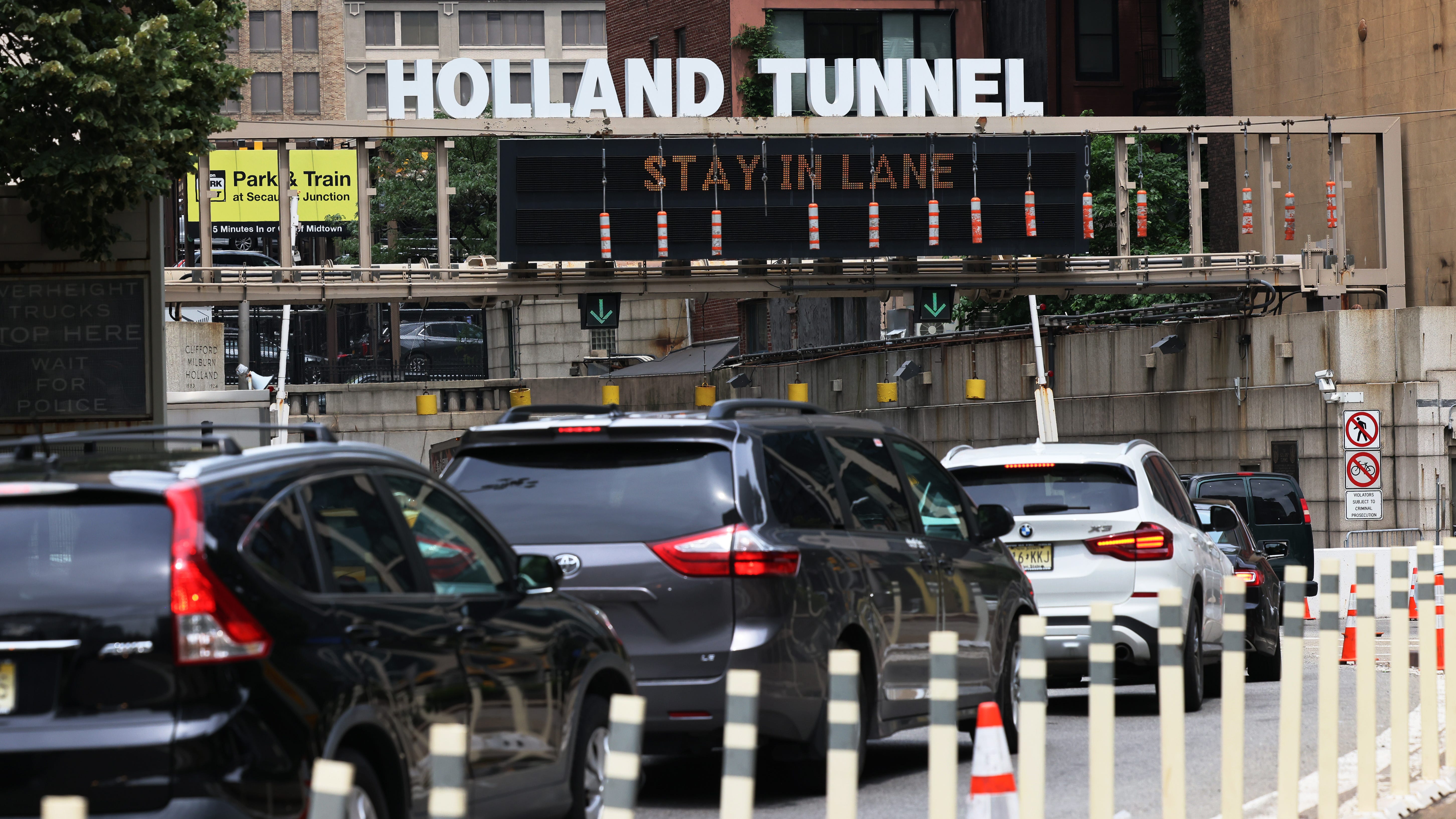 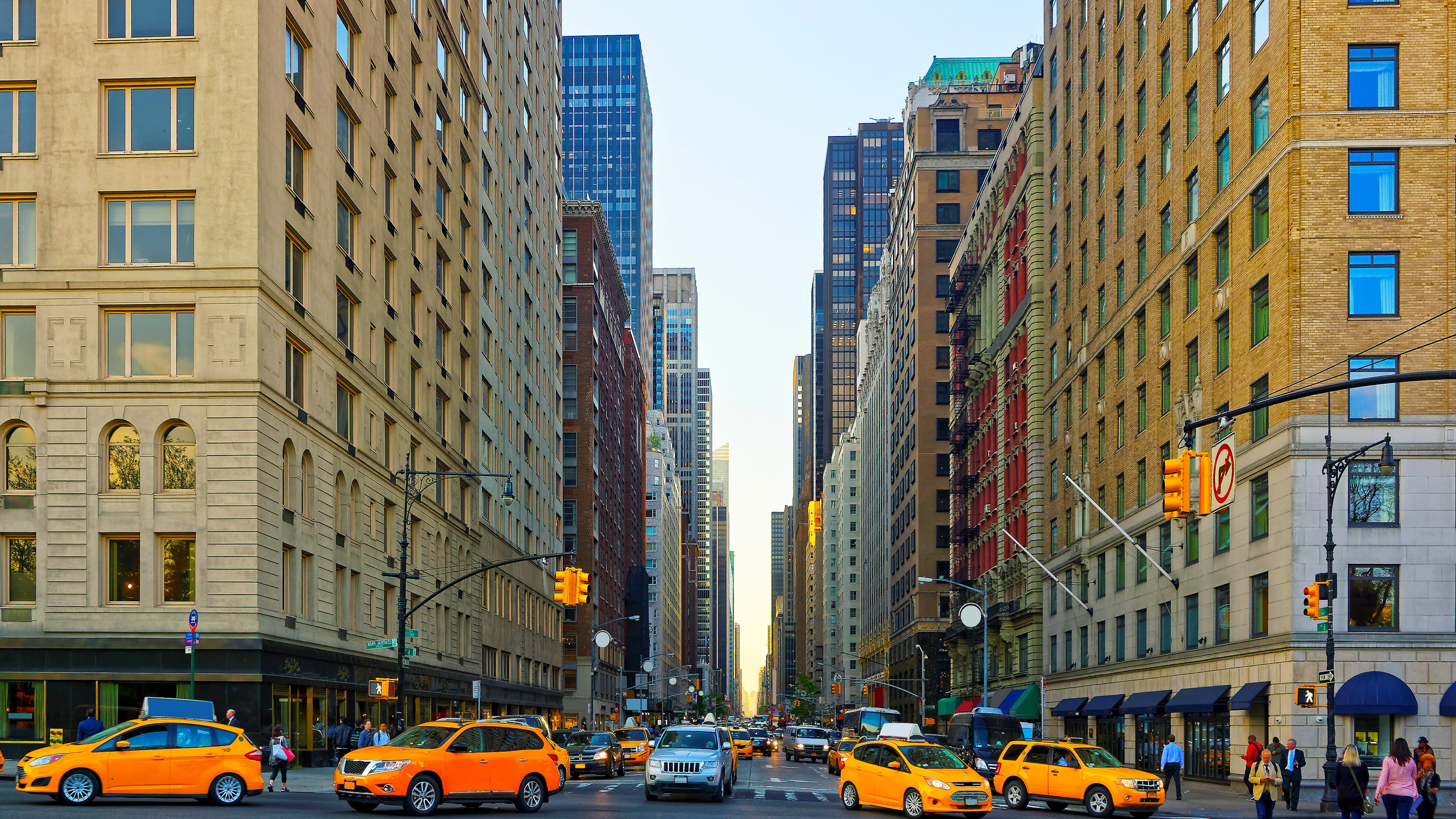