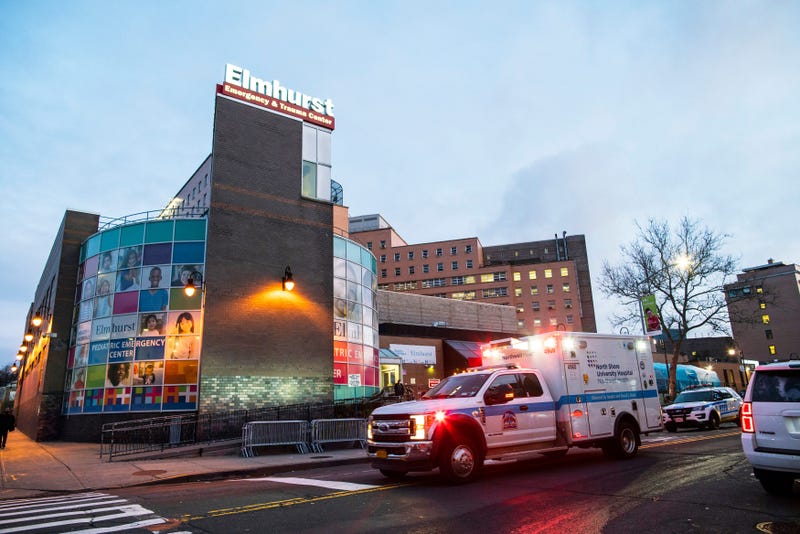 NEW YORK (WCBS 880) — New York City will require public hospital and health clinic staffers to get vaccinated against COVID-19 — or get tested for the virus every week, Mayor Bill de Blasio confirmed Wednesday.

The mayor confirmed previous reports on MSNBC's "Morning Joe" on Wednesday morning and later at his daily briefing. He said the requirement will begin on Aug. 2 and impact all Health & Hospitals staff and clinical workers at the city Health Department.

"What we’re doing is mandating for the folks who work in our public hospitals and clinics. They need to be safe, the people they serve need to be safe. So we’re saying, 'Get vaccinated or get tested once every week,'" the mayor said on MSNBC.

The order will cover the roughly 42,000 people who work in the city's public hospital system, which includes 11 hospitals as well as nursing homes and clinics.

Those who refuse to comply with the new policy will be penalized, according to the mayor.

“If they still refuse, they will be suspended without pay, that's the penalty,” said de Blasio.

He also called the move, which stops short of mandatory vaccines, a "very fair choice" for health care workers.

De Blasio expressed frustration at the amount of disinformation about the vaccines.

"Unlike any time in our history before—and this angers me—people have been lied to consistently," the mayor said.

Health care workers were the first to get access to the vaccine in December. Seven months later, the vaccination rate among city-run hospital workers is slightly below the citywide average at 60%.

City health care officials say part of the reason for the low vaccination rates is demographics. About 44% of city hospital workers are African-American.

District Council 37, the union that represents city workers, says it strongly encourages its members to get vaccinated but it doesn't believe it's the city's place to mandate vaccinations.

The push for more vaccinations comes amid a new wave of COVID-19 cases fueled by the Delta variant, which now makes up about 7 in 10 cases sequenced in the city.

Other cities, such as San Francisco, have announced they will eventually require all municipal employees to be vaccinated, but de Blasio did not say if New York City would follow suit.

“We're looking at that, but to us the number one thing was to get to the healthcare workers first and get that going,” he said.