Polls will now be open for an extra 2 1/2 hours Saturday and Sunday, meaning they will close at 4:30 p.m. instead of 2 p.m. Polls open this weekend in the county at 9 a.m.

“In the most critical election of our lifetimes, with historic levels of voter enthusiasm, Rockland County voters are facing unacceptably long lines and onerous conditions to vote,” said Perry Grossman, NYCLU senior staff attorney. “Accessible voting accommodations aren’t an option, they’re a requirement. The County can and must still do more to make early voting a success for the thousands participating for the first time ever.”

The lawsuit has been filed on behalf of the Spring Valley and Nyack branches of the NAACP and several individual voters.

One petitioner, 72-year-old Glenda Davis, said she is unable to stand in line to vote due to a hip replacement.

“Each day of early voting I have driven to my polling location two to three times a day to check the line, and each time it has wrapped around the building,” Davis said. “I can’t stand in a line like that for two to three hours straight. When I was at the early voting site, I never saw any sort of sign posted that people with disabilities or the elderly could go to the front of the line, but I have seen several people with canes standing at the end of the long line. If I’m not able to vote early, I may not be able to on Election Day.” 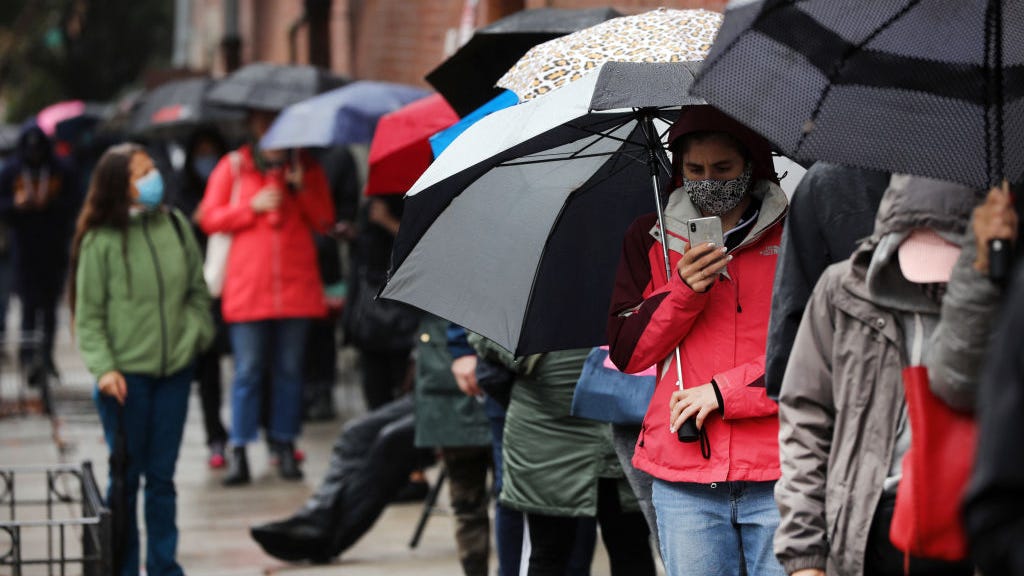 The lawsuit says county boards are required to deploy sufficient resources to make sure voters don't have to wait in line longer than 30 minutes and offer accommodations to people with disabilities.

The lawsuit says Rockland County has failed on both counts.

“No one should be deterred or prevented from voting because of preventable barriers or lack of legally-required accommodations,” said Donna Lieberman, NYCLU executive director. “The accessibility of our voting sites reflects the health of our democracy, and we will do everything in our power to make sure every voter can cast their ballot.”

New York City, Westchester and other counties across the state have extended early voting hours to help alleviate wait times.