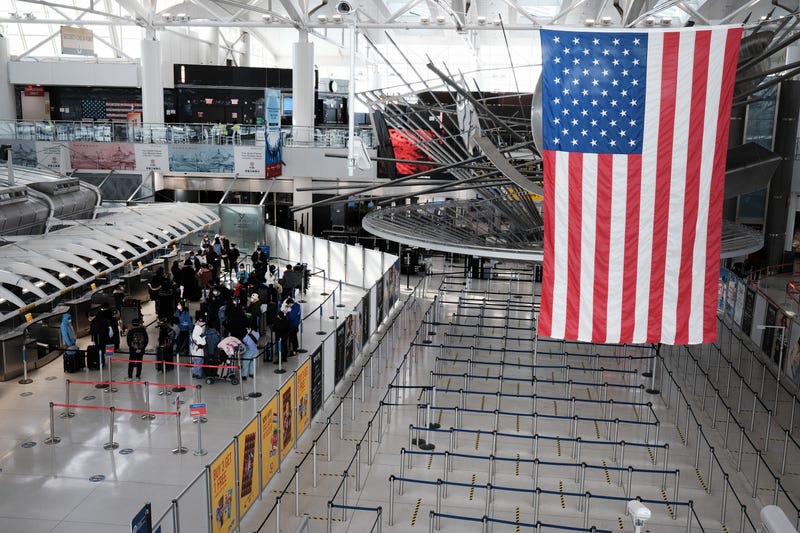 The main concessionaire at New York's three major airports is undergoing an audit of its pricing following social media complaints of exorbitantly priced airport food and drinks -- including a 23-ounce beer advertised for $27.85.

The Port Authority requested the retailer, OTG, to conduct a review of its pricing at the dozens of restaurants it manages within Newark, John F. Kennedy and LaGuardia airports after a report in The City called out the eye-popping pricetags for cheap eats like fries, orange juice and beer.

“We know this market is expensive enough already, so we’re committed to everything we can do to ensure reasonable pricing for our customers,” a Port Authority spokesperson said in a statement to 1010 WINS and WCBS 880.

“At our request, OTG is conducting a full audit of their pricing, and we will be working with all of our terminal operators and concession partners to review pricing across restaurants and airports to ensure customers are being treated fairly.”

Under a new policy approved last June, the Port Authority’s board allowed all airport vendors to charge only 10 percent higher than the “street price” for foods and other goods -- a common agreement at many of the country’s busiest airports, where business operating costs are higher.

Michael Marchese, a spokesman for OTG, said the $27.85 beer -- a Sam Adams Summer Ale advertised at Biergarten in LaGuardia -- was mispriced. He blamed glitches in iPad software flyers used to place orders at the restaurant.

lol at all of this, including the additional 10% “COVID Recovery Fee” that doesn’t go to workers pic.twitter.com/Bq9rHJqek7

Marchese said the Port Authority never requested an audit, but that OTG has decided to undergo the review on its own.

“OTG is self-auditing because of two back-end glitches that caused incorrect pricing to display,” Marchese said in an email.

"This is a story of a simple pricing mistake that (rightfully) caught traction on social...but there is no / never has been a $27.85 beer. And all that is happening is an internal look under the hood to ensure something like this doesn’t happen again,” he added.

Vendors in New York’s airports have argued 10 percent price increases were needed as a means to offset costs partially stemming from the agency’s new minimum wage structure, which will rise to $19 per hour by 2023 for airport workers.

As part of the new pricing deal, vendors are required to provide lower-cost “value-for-money” menu options.

Prices are supposed to be based on the charges for the same products at other shops in the New York region. But reporters at The City found airport newsstands charging anywhere between 70 to 140 percent above the asking prices for the same items in local delis around town -- like chips, sodas or lemonades.

But complaints of cost