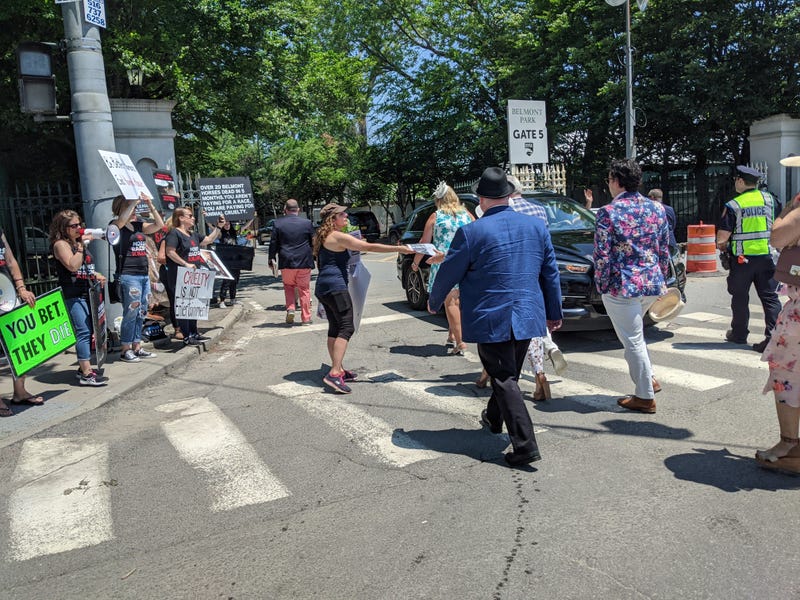 NEW YORK (WCBS 880) – Horse bettors on their way to Belmont Park in Nassau County were met by protesters demonstrating against horse racing on Saturday ahead of the Belmont Stakes.

A crowd of protesters chanted and held signs at the entrance of the park in Elmont, where the third and final leg of the Triple Crown is held each year.

The protesters said they aren’t looking to reform or change horse betting but to end it all together.

"For far too long, this industry has been given cover under the banner of sport, indeed, the sport of kings,” said Patrick Battuello, founder and president of Horseracing Wrongs. “When in fact, stripped to its core, it’s nothing but animal exploitation, animal cruelty and animal killing. This cannot be fixed or reformed. It has to end.” 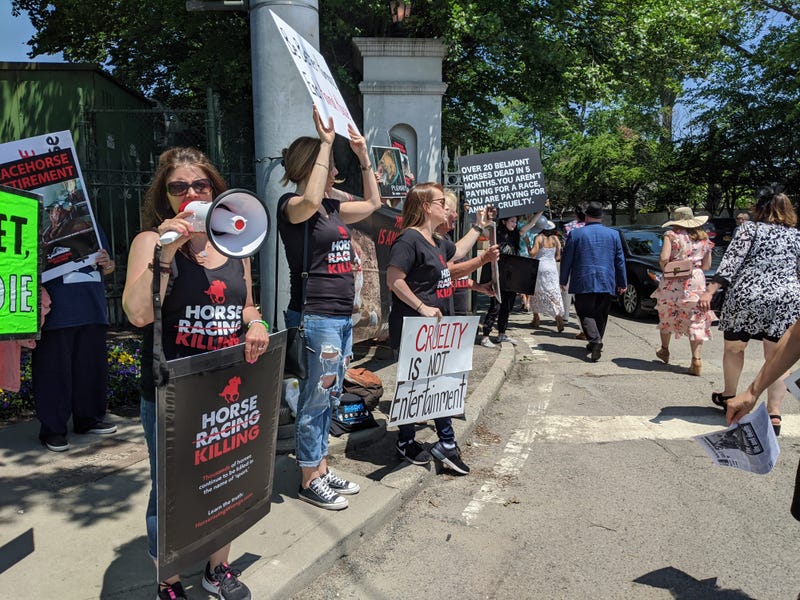 Horseracing Wrongs has cited more than 500 horse deaths at Belmont Park since 2009. The organization said more than 2,000 racehorses die every year nationwide.

The protesters are looking to stop the more than $220 million in subsidies that fund tracks like Belmont Park.

“We want to redirect those hundreds of million dollars to fund education, healthcare to help New Yorkers, not corporate welfare for horse death and abuse,” said Edita Birnkrant, executive director of NYCLASS.

Thousands of fans also descended on the park Saturday. Donald Brossman and Dante Ameo, who made the trip from New Jersey, said they were ready to get out.

“It feels great. I’m vaccinated by this point, so I definitely feel comfortable being around everyone,” Brossman said.

Belmont Park is not requiring proof of vaccination anymore, except for sections that are for vaccinated fans only. Those who are not vaccinated are required to wear a mask in the park at all times except when eating or drinking at their seats.

Ameo is not vaccinated but said he feels safe.

“I read on the website that they have a lot of precautions going in, so I’m not really that nervous. Quarantine was definitely big for me, especially because my parents are a little older,” he said.

Officials expected a crowd of roughly 10,000 for the Belmont Stakes, less than if a Triple Crown were on the line.