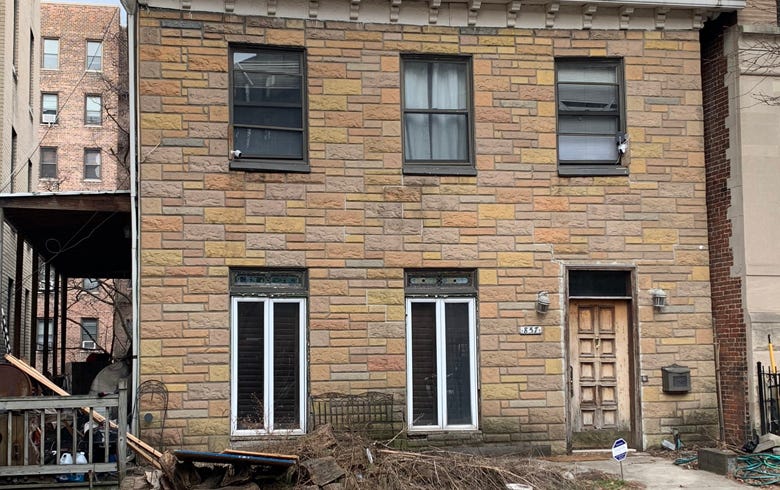 NEW YORK (WCBS 880) — Elected officials and preservationists are trying to save a property historically-linked to the Underground Railroad in Washington Heights.

The façade has changed, but the history of 857 Riverside Drive remains.

"We know for sure that the builder of the house, Dennis Harris, was involved with the Underground Railroad," said neighbor Joseph Amodio. "What we are asking from landmarks is to at least give us time to investigate further."

"We discovered it has extraordinary links to the abolitionist and anti-slavery movement, which was a rare thing in New York in the years before the Civil War," said Peter Green, of the Upper Riverside Residents Association.

Neighbor and historian John Reddick said "you can feel all that history in your bones" when walking around the house.

Preservationists try to save 857 Riverside Dr. owned by an abolitionist believed to be a part of the Underground Railroad @wcbs880 #History @galeabrewer pic.twitter.com/SVOOnwm6pY

Preservationists joined with state and local elected officials on Friday morning for a rally, calling on the city to reverse a recent decision not to landmark the rare, single-family home, enabling a developer to put up a 13-story apartment building.

"We'd like the time to find out the true story of the house, we'd like to save the house, we think it's vitally important that this house become a memorial, or a monument, or a civic center that tells the history of the anti-slavery movement in New York City," Green said.

The home was built in 1851 by Harris, who had a sugar mill on the Hudson River and was driven out of Lower Manhattan for his abolitionist views.