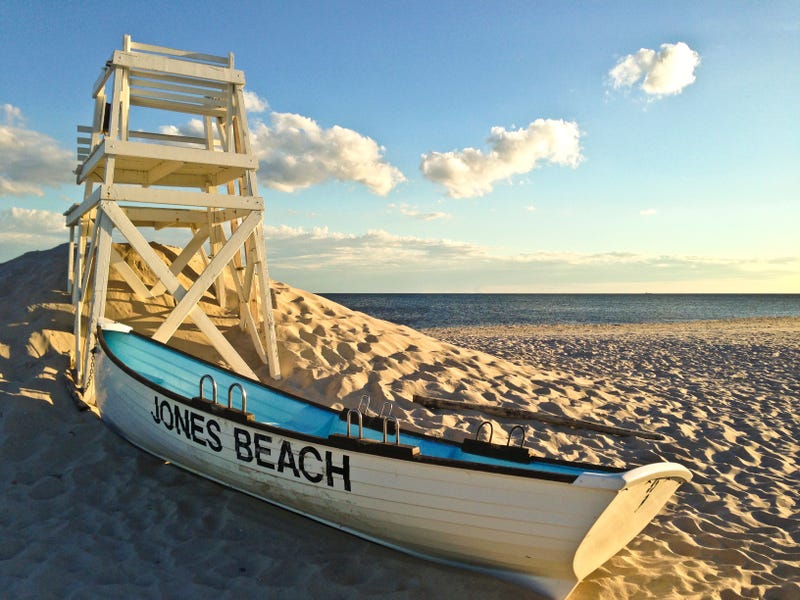 JONES BEACH, N.Y. (WCBS 880) — A lifeguard at Jones Beach on Monday reported being bitten by a shark.

George Gorman, the regional director for Long Island State Parks, said the lifeguard reported being bitten in the Atlantic Ocean near the beach’s Central Mall around 11 a.m.

He confirmed swimming was suspended at the beach immediately after.

“We got everybody out of the water and called New York State Police, who sent down a drone operator, and a drone operator surveyed the waters throughout Jones Beach and determined that there was no shark sighting at that time,” Gorman said.

The beach was reopened for swimming around 2 p.m.

The lifeguard was treated at the scene and referred to a nearby hospital.

Officials are investigating if the bite was created by a shark, or another form of marine life.

The incident happened just one week after Jones Beach and Nickerson Beach were shut down for swimming after back-to-back shark sightings.

Due to multiple reported shark sightings, @NassauCountyPD is intensifying aerial and water patrols out of an abundance of caution. I urge residents to stay calm, use common sense and follow lifeguard instructions.

Authorities have ramped up shark patrols this year, and Nassau County Executive Lauran Curran previously noted that shark sightings are becoming much more frequent along the East Coast.

Swimmers are advised to take proper precautions before heading into the ocean and should avoid going in alone, if possible.