By Wayne Cabot and WCBS 880 Newsroom

NEW YORK (WCBS 880) — A “ring of fire” solar eclipse darkened the skies in the Northern Hemisphere on Thursday morning.

The moon partially blocked out the sun in the first of two solar eclipses this year.

Stunning photos from Chopper 880 show the eclipse over New York City at daybreak. 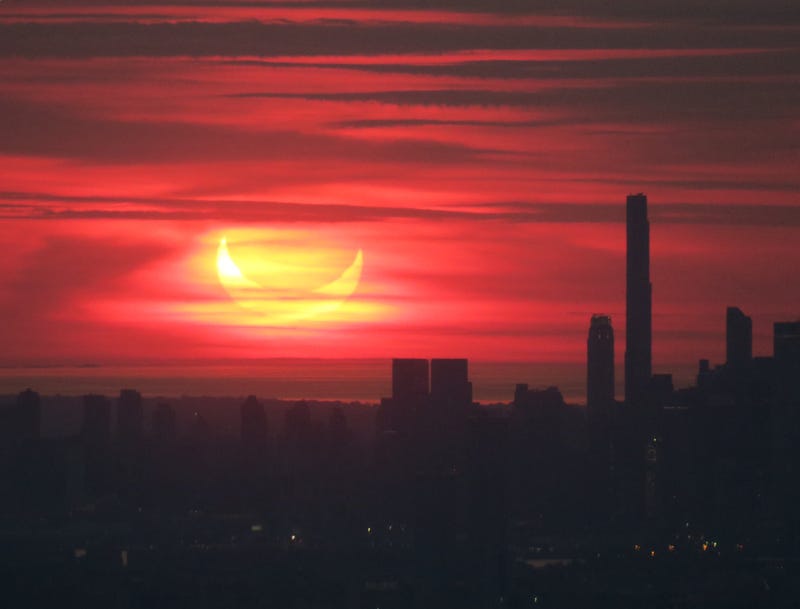 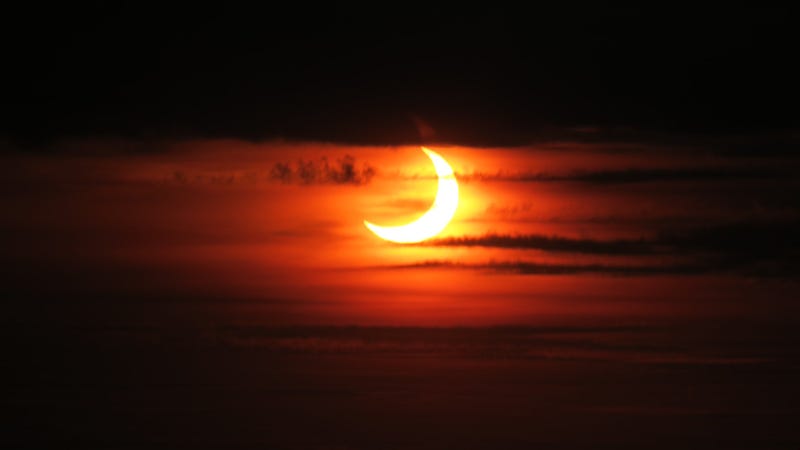 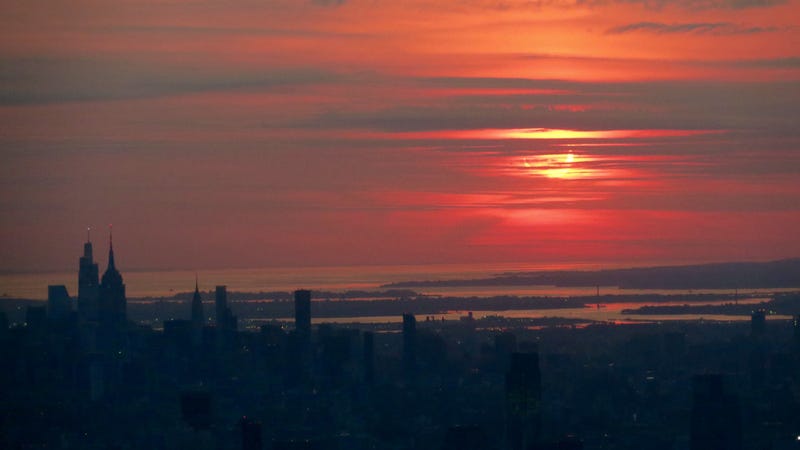 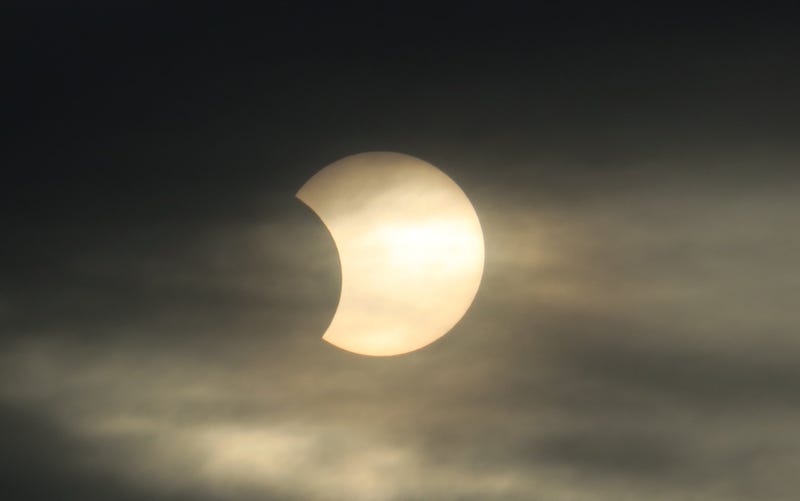 Joe Rao, of the Hayden Planetarium in New York City’s American Museum of Natural History, said earlier that the event would happen at sunrise.

“We have had eclipses of the sun before. This one, however, is unique. First of all, we're going to have about four-fifths of the sun's diameter covered. The peak of the eclipse is going to happen shortly after sunrise. Over the last 150 years, this is only happened twice before. So, this is going to be a rather interesting and unique event so far as solar eclipses here in the Tri-State area concerned,” he said.

When the moon crosses paths with the sun, it appears smaller, leaving room for light to glow around a dark circle – creating the “ring of fire.” However, Rao said it might not be exactly like that for viewers in the New York City area. 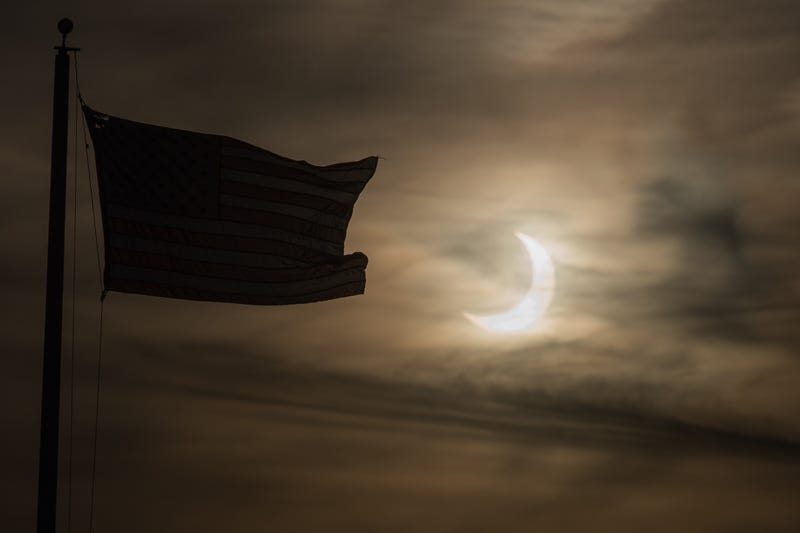 An eclipsed sun rises next to a flag on June 10, 2021 in Scituate, Massachusetts. Photo credit Scott Eisen/Getty Images

According to NASA, those living in the Southeast, Northeast and Midwestern parts of the United States – and some parts of Alaska – would be able to see a partial eclipse.

Viewers a bit further north in Canada, Greenland and parts of Russia will be able to see the full eclipse, according to the agency.

If you were unable to view it in person, or if you are in an area where you couldn't see it, NASA streamed the event beginning at 5 a.m.