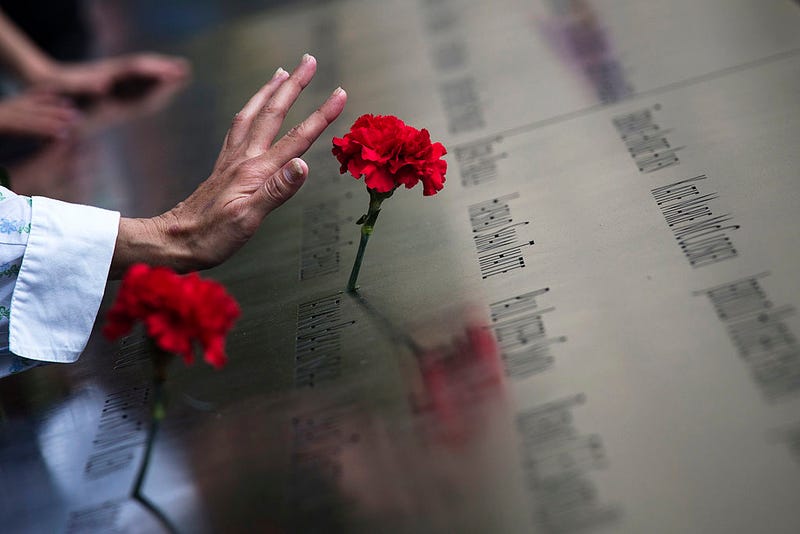 WASHINGTON (WCBS 880) — The Justice Department on Monday announced it will be reviewing 9/11 records with a goal of providing the families of victims with more information about the run-up to the attacks.

On Friday, victims' families looking to sue Saudi Arabia over the terror attacks demanded that President Joe Biden stand with them and hand over the secret documents relating to the events on Sept. 11, 2001.

A total of 1,800 relatives, first responders and survivors signed a statement saying the president wouldn't be welcome at the 20th anniversary events in New York City, at the Pentagon and in Shanksville, Pennsylvania unless the documents are released.

On Monday, the DOJ said that the FBI had recently concluded an investigation that examined certain 9/11 hackers and potential conspirators, and that it would now work to see if information it had previously determined could not be disclosed may instead be shared.

“The FBI will disclose such information on a rolling basis as expeditiously as possible,” the Justice Department said.

Biden on Monday praised the Justice Department's action, saying his administration was “committed to ensuring the maximum degree of transparency under the law.”

“In this vein, I welcome the Department of Justice’s filing today, which commits to conducting a fresh review of documents where the government has previously asserted privileges, and to doing so as quickly as possible,” he said.

Shortly after the news was announced Monday, the group of 9/11 families who are suing the federal government for the full release of the documents issued a statement saying in part that they were apprehensive of any progress but hopeful the promises will be fulfilled.

“Prior administrations have promised 'reviews' as well, only to then use such procedures as a delay tactic which serves to protect the Saudi government and keep the American people in the dark,’ the statement said. “America deserves to see tangible proof before the 20th anniversary of 9/11 that this Administration is truly committed to transparency. Our expectation is that we will begin to receive from the FBI the information we seek before the 20th anniversary.  This includes but is not limited to the unredacted 2016 FBI Review Report of the bureau's years-long investigation of Saudi government agents who 'are known to have provided substantial assistance to' the hijackers, as well as phone records and witness statements.”

The families continued, saying that the documents should be released especially now that the department has confirmed its investigation is closed.

“We hope the Biden administration finally and immediately provides the information the 9/11 community has waited to receive for 20 years, so we can stand together with the president at Ground Zero on 9/11,” the statement read.

(The Associated Press contributed to this report.)