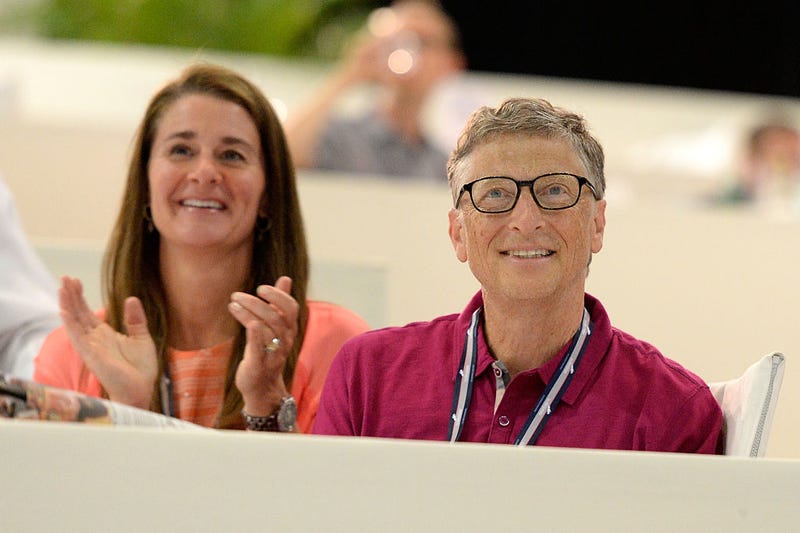 NEW YORK (WCBS 880) — Billionaire philanthropist Bill Gates and his wife, Melinda, are getting divorced after nearly three decades of marriage.

“After a great deal of thought and a lot of work on our relationship, we have made the decision to end our marriage,” the two wrote in a joint statement posted to social media on Monday.

“Over the last 27 years, we have raised three incredible children and built a foundation that works all over the world to enable all people to lead healthy, productive lives,” Gates wrote. “We continue to share a belief in that mission and will continue our work together at the foundation, but we no longer believe we can grow together as a couple in this next phase of our lives.”

The statement concluded by asking for space and privacy for their family.

The two met in 1987 after she was hired as a Microsoft product manager.

They wed in a New Year's Day ceremony in 1994 on a golf course in Lanai, Hawaii.

Bill Gates, the co-founder and former CEO of Microsoft, stepped down from the tech company's board to focus on his philanthropic efforts and the charitable foundation the two founded in 2000.

They will continue working together at the Bill & Melinda Gates Foundation, which fights poverty, disease and inequity around the world.

The news comes two years after another tech giant, Amazon founder and CEO Jeff Bezos, announced he and his wife, MacKenzie, were divorcing after 25 years of marriage.