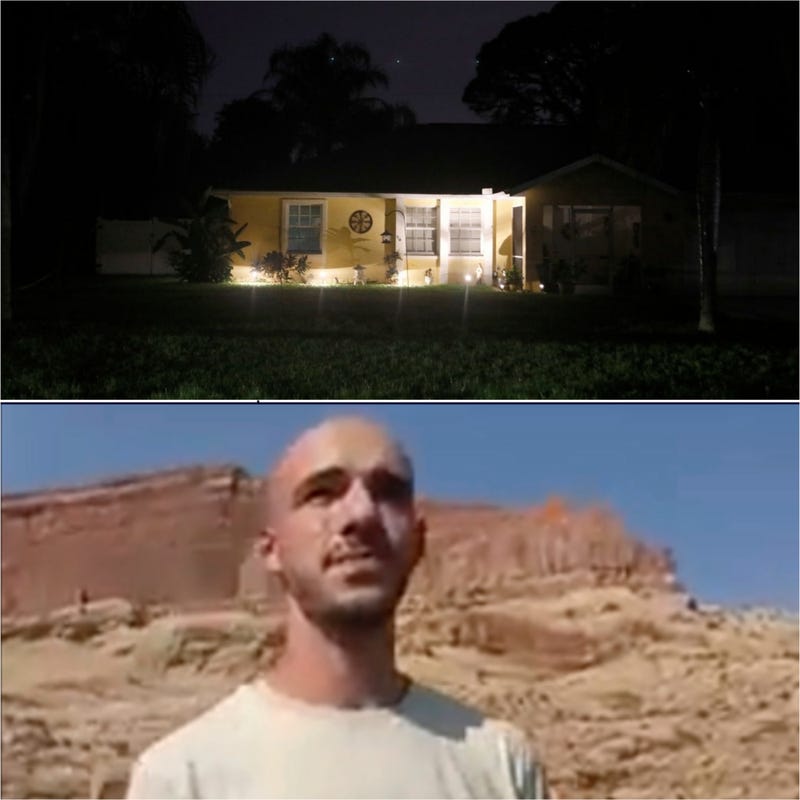 NEW YORK (WCBS 880) -- The remains of Brian Laundrie are still in the hands of officials at this point, according to the family's attorney Tuesday. It comes after the lawyer said Monday that Brian's remains will be cremated, and no funeral service will be held for him.

Meanwhile, Florida police are still explaining what led to them saying that they knew where Brian Laundrie was last month, when they in fact did not.

The statement seems to be in relation to a fast-spreading, false social media post claiming that there wasn't a DNA match that has over 147,000 shares on Facebook.

Laundries are back at their house in North Port.

The parents had left Sunday to mourn at an undisclosed location. According to Fox News, Brian’s parents, Chris and Roberta met their adult daughter, Cassie, and her husband.

Laundrie family attorney Steven Bertolino has continued his attack on North Port police's admission of mistakes in the surveillance and search for Brian Laundrie.

Brian Laundrie was able to escape his home, despite sizable attention on the case, and even some cameras set up by police around the home.

North Port Police Public Information Officer Josh Taylor has admitted errors in the case, including that they "missed" Brian leaving his home, which led to officials saying they knew where he was in mid-September, when they actually did not.

Taylor told WINK News "No case is perfect" and that they believed Brian returned home, when it was actually his mother, because "they’re kind of built similarly."

But Laundrie family attorney has a tough time believing this, responding in a text to Law and Crime's Angenette Levy, saying, "Everyone makes mistakes. But Brian and Roberta are not ‘built’ the same."

"Moreover, it was NPPD that put the ticket on the Mustang at the park and if they saw Brian leave on Monday in the Mustang, which is news to me, then they should have been watching the Mustang and the park starting on Monday, and they would have known it was Chris and Roberta that retrieved the Mustang from the park," said Bertolino.

Statement from #BrianLaundrie family attorney on North Port PD telling WINK News they mistook Roberta Laundrie for Brian on 9/15 when they saw the Ford Mustang return. NPPD had not yet responded to my inquiry. @LawCrimeNetwork pic.twitter.com/PKhScTBIp6

After North Port police confirmed they misidentified Roberta Laundrie returning home in mid-September as Brian, they're now pinning some of the mix-up on the family's lack of cooperation in the case.

North Port Police Public Information Officer Josh Taylor told NewsNation Now that officers thought they saw Brian coming home Sept. 15 in a Ford Mustang, but it ended up being his mom Roberta. Taylor said because Roberta was wearing a hat, officers were confused, which led to North Port police saying the next day that they knew Brian's location.

Taylor claimed that the misidentification didn't make much of a difference in the case, telling WFLA, "Other than confusion, it likely changed nothing. There is a very good possibility that Brian was already deceased."

But Taylor did also add that, "We just wanted people to better understand why we thought we knew Brian was in his home. It was a direct result of a lack of cooperation from the family early on in this investigation."

Laundrie family attorney Steven Bertolino fired back at Taylor in a text to WFLA, saying, "I concur with Mr. Taylor that Brian may have already been deceased when NPPD realized that they 'lost track' of him. However you can’t blame the family because the police didn’t know enough to follow someone they were obviously surveilling."

Text of Bertolino’s statement:
“I concur with Mr. Taylor that Brian may have already been deceased when NPPD realized that they “lost track” of him. However you can’t blame the family because the police didn’t know enough to follow someone they were obviously surveilling. (cont.)

"This is a tragedy for two families and any mistakes made by anyone or any entity involved should be acknowledged and used to train or educate others so the mistakes are not repeated," Bertolino continued.

Bertolino also said that without the confusion, it could have "prevented all of the false accusations leveled by so many against Chris and Roberta with respect to 'hiding' Brian or otherwise financing an 'escape.'"

Bertolino told Fox News that Brian's remains haven't yet been turned over to his parents, and wasn't sure when more information would be released.

The Instagram page for the Gabby Petito Foundation posted a collection of some of the art that was brought to the North Port, Florida memorial for Gabby.

The account posted the collection, which included paintings and drawings of Gabby, and some messages close to the family's heart like "Let it be" and "Fly high, travel far."

The page in just a few weeks has already amassed over 27,000 followers. 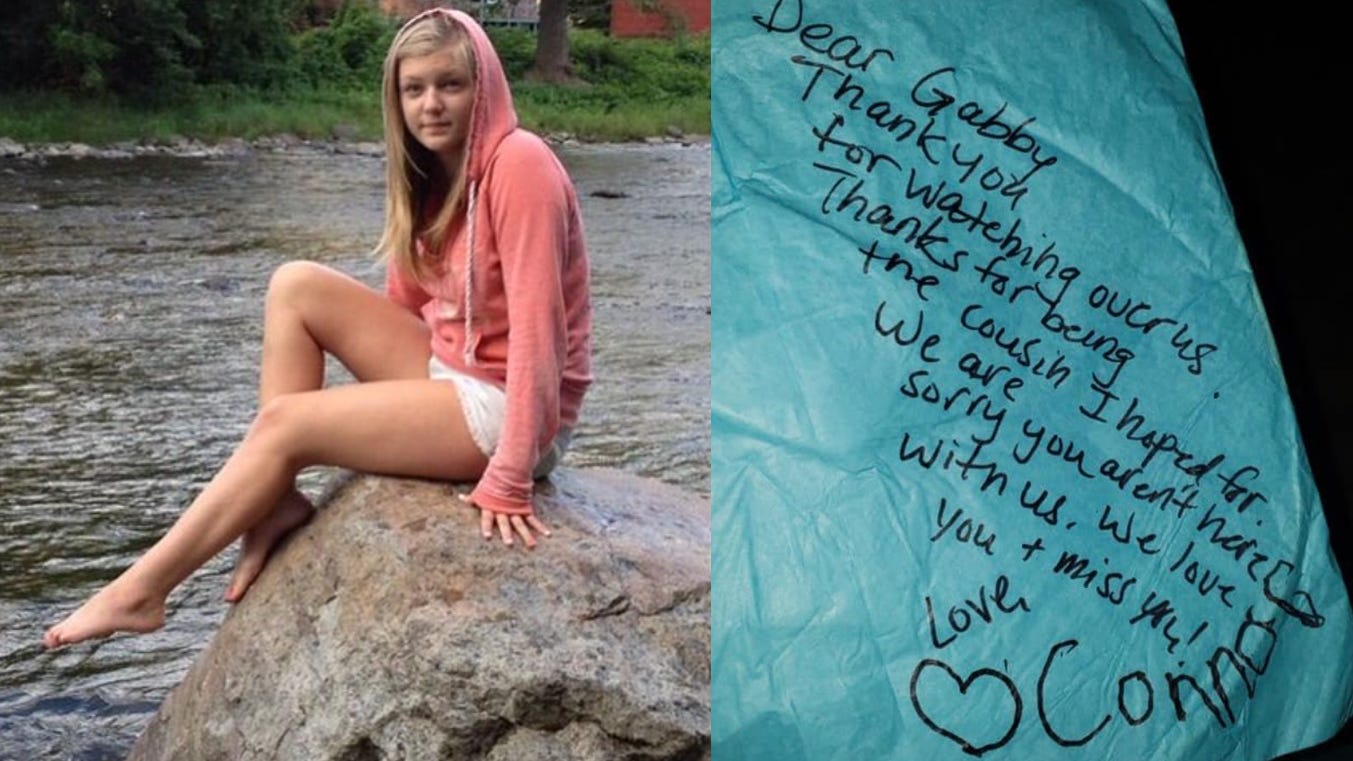