NEW YORK (WCBS 880) – President Donald Trump vowed, "We will be back in some form," as he and First Lady Melania Trump departed the White House on Wednesday morning ahead of the inauguration ceremony for President-elect Joe Biden and Vice President–elect Kamala Harris.

The Trumps left the White House around 8:15 a.m. on Marine One for Joint Base Andrews in Maryland.

“It’s been a great honor, the honor of a lifetime,” Trump said as he strode across the South Lawn to board the helicopter with his wife. 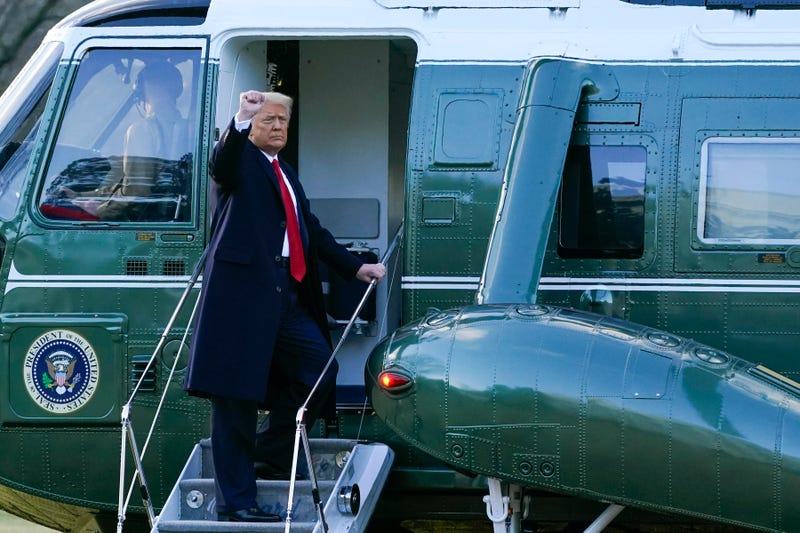 President Donald Trump gestures as he boards Marine One on the South Lawn of the White House, Wednesday, Jan. 20, 2021, in Washington. Trump is en route to his Mar-a-Lago Florida Resort. Photo credit AP Photo/Alex Brandon

Around around 8:30 a.m., the Trumps arrived at Joint Base Andrews, where Trump delivered remarks.

"I will always fight for you. I will be watching. I will be listening," Trump said. "And I will tell you that the future of this country has never been better. I wish the new administration great luck and great success. I think they’ll have great success. They have the foundation to do something really spectacular."

"We will be back in some form," President Trump says at the end of his farewell address.

"I want to thank all the great people of Washington, D.C., all of the people that we worked with to put this miracle together. So, have a good life, we will see you soon. Thank you." pic.twitter.com/jaaI9EeBG0

Trump also promised that, "We will be back in some form."

"Have a good life, we will see you soon," he said. 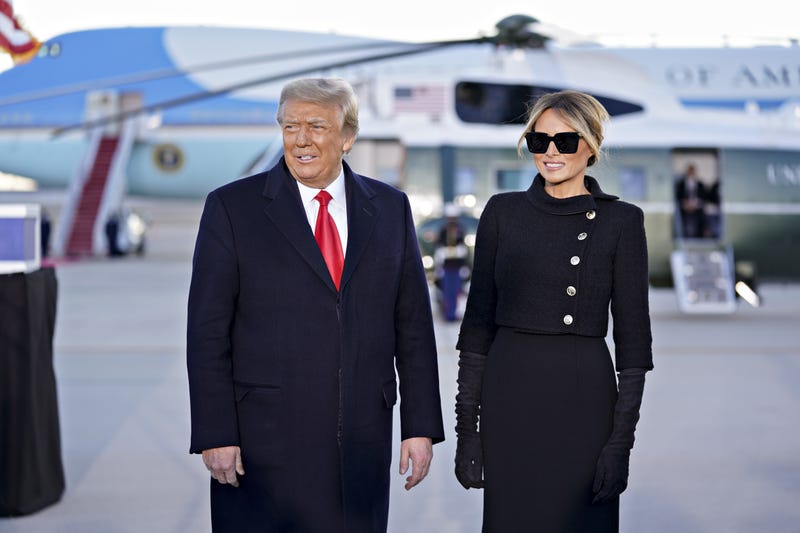 The Trumps then got on Air Force One to fly to Mar-a-Lago in Palm Beach, Florida, as the Village People's "Y.M.C.A." and John Elton's "Piano Man" played.

A red carpet was placed on the tarmac for the Trumps to walk on. They waved from the top steps of Air Force One before getting inside. The plane departed Maryland around 9 a.m. 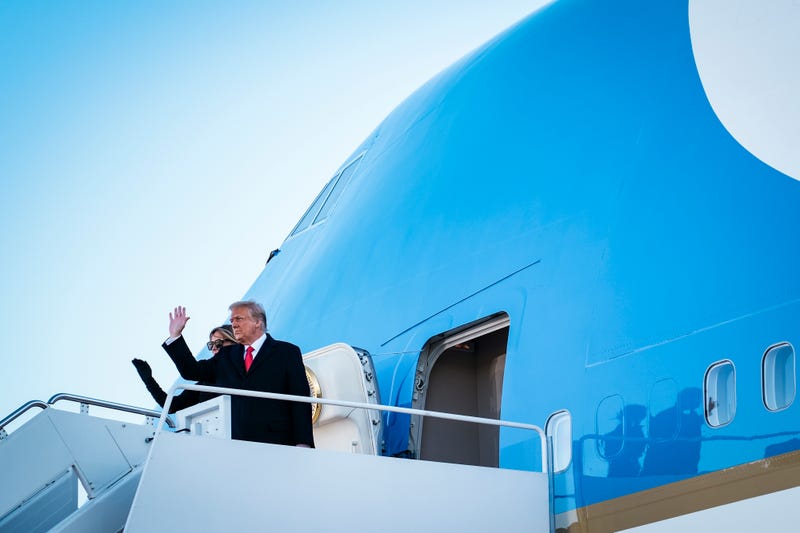 President Donald Trump and first lady Melania Trump wave to supporters as they board Air Force One to head to Florida on January 20, 2021 in Joint Base Andrews, Maryland. Photo credit Pete Marovich - Pool/Getty Images

.@vladduthiersCBS: "This is the last time we will see the 45th president of the United States on that majestic aircraft, Air Force One, as it wings its way to Florida. This is that moment. The outgoing president of the U.S. departing, transferring power to the next president." pic.twitter.com/bJgUXyELHD

Supporters of Trump are expected to welcome the president after he lands at Palm Beach International Airport.

Trump issued a farewell video on Tuesday in which he trumpeted his administration's accomplishments and wished his successor luck.

“This week we inaugurate a new administration and pray for its success in keeping America safe and prosperous,” Trump said in the video.