NEW YORK (WCBS 880) — With Mets Opening Day just two weeks away, J.D. Davis seems to already be settling into his role at third base and is hoping to win over fans.

Speaking with Ed Coleman for WCBS 880’s 2021 Mets Preview Special on Tuesday, Davis said spring training in Port St. Lucie has been a learning experience and he is feeling confident.

Davis brought up an example from a play that went down in their game Tuesday afternoon, in which he decided to “roll the dice” in a move to take third base, saying he realized the other team would “have to make a perfect throw and a perfect catch on the run to even tag me.”

“That’s what me and Luis Rojas and (Francisco) Lindor have been really talking about is being a super aggressive on the base pad, just to kind of push the envelope and know our limits,” Davis said. “Even if we get tagged out or run into an out, it does not matter. It’s willingness to make it out on the bases in spring training just to push the envelope.”

After a breakout 2019 season, hopes were high for Davis in 2020. Unfortunately, things never really clicked and throughout the offseason, Davis’ spot on the team was not always guaranteed. 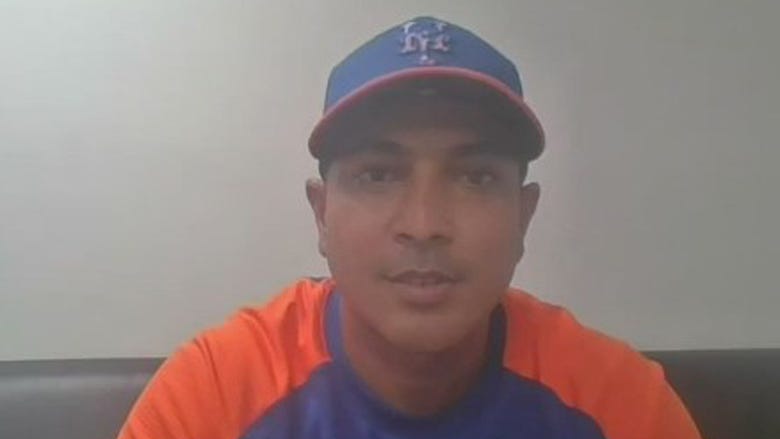 However, the third baseman says he feels he has improved greatly and has been working with Mets coaches to fix some issues.

“Working with the strength training and kind of the analytics, I play pretty good,” he told Coleman, saying he has improved his “staggered stance.” “You know, some people like to say, ‘you're playing too high,’ but I'm able to kind of get into that good first step, in position and I’m able to move my feet and able to get to balls.”

He says he has a lot of hope for the 2021 season and blamed the shortened season last year for the Mets failings.