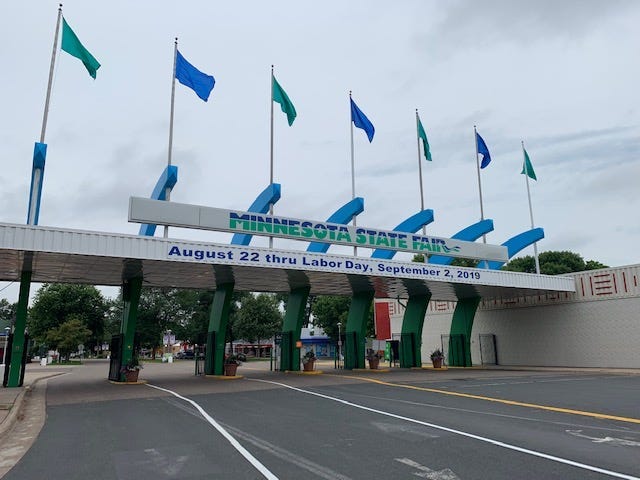 "There will be additional police officers, we are increasing security at every gate, and we're adjusting traffic and parking procedures," Jerry Hammer, the fair's General Manager, said.

That additional security, along with more cameras and staff training, adds to what Hammer says is an already comprehensive security plan.

"People are used to increased security at public events," he said. "For the most part, they appreciate it. That's what we're doing. We're just doing everything we can to deliver the usual awesome and safe experience at this year's Minnesota State Fair."

The fair's coming off a record-year in attendance. A total 2,046,533 people visited the Minnesota State Fair in 2018, with five days breaking single-day attendance records. Recent mass shootings in El Paso, Dayton, and at the Gilroy Garlic Festival in Gilroy, California cotinue to cause concerns about security nationwide.

"There's nothing additional or new because of one specific incident," Hammer said. "When anything happens anywhere in the world, we look at it as an opportunity to reevaluate and stay ahead of the curb."

"We've continued to change our security plan and it evolves, as it should," he said.

More changes came in 2016 with bag searches at all 11 entrances.

Metal detectors surround several event centers across the Twin Cities. However, metal detectors won't be seen around the state fairgrounds.

Anyone planning a trip to the 2019 Minnesota State Fair is encouraged to read about bag checks and allowed or prohibited items.