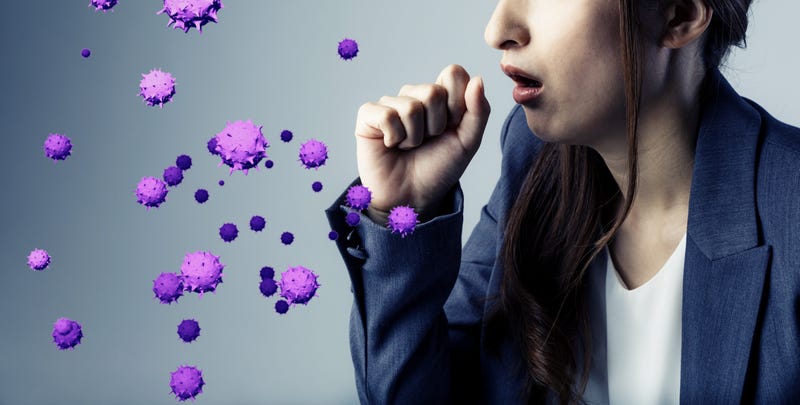 As we continue to learn more about coronavirus during this pandemic, some new studies are showing it is more contagious than we originally thought.

Dr. Osterholm, the University of Minnesota's Director of the Center for Infectious Disease Research and Policy, joined Dave Lee on the WCCO Morning News Wednesday. Osterholm has warned frequently since the start of the pandemic that coronavirus is more easily spread than we have realized up to this point, even suggesting cloth masks in public "won't fully protect you from coronavirus".

A New York Times piece out this morning says that there is growing evidence that the virus can be spread through the air, and Chinese scientists reported capturing tiny droplets containing its genetic markers in two hospitals in Wuhan.  Osterholm says there is clear data now that shows that is true.

"The evidence is compelling already," Osterholm told Dave Lee. "There is a large body of data right now showing how easily this is transmitted just in the air just by breathing. You can literally just walk into a room, where someone with the virus is breathing, and their virus will be floating in the air.  Just being within 6 feet of someone, or just washing your hands won't take care of it.  It doesn't mean wherever I walk I'm going to get infected.  But if you're close to someone who is infected, you have a good chance of getting infected yourself."

On Tuesday, Vice President Mike Pence stirred up controversy by not wearing a mask during his Mayo Clinic visit, despite Mayo's policy that all patients and visitors wear a cloth mask of face covering.

While scientists and the medical community around the globe continue to try and learn more about the spread of coronavirus, the president and many Governors, including Minnesota's Tim Walz, have been saying tests are the key to opening up the economy again. President Trump tweeted late Tuesday night, "The only reason the U.S. has reported one million cases of CoronaVirus is that our Testing is sooo much better than any other country in the World. Other countries are way behind us in Testing, and therefore show far fewer cases!"

"I'm very confident we have all the testing we need to start reopening the country" -- Jared Kushner went on Fox & Friends today and claimed states have "excess capacity" for testing (the country right now is not doing even half as much testing as experts think is necessary) pic.twitter.com/SAd2bYOIjb

Osterholm cautions that we may not be ready for ramping up those tests like some have claimed.

"One, we don't have enough because we don't have re-agents and no one is really working hard enough to get a re-agents," Osterholm told Dave Lee. "Two is the FDA has basically allowed a lot of tests on the market that are nothing more than crap. They just shouldn't be there. And number three is these tests, when you use them in populations with very low levels of the virus or antibody present in the in the population, give us false results. So those are just the practical things we have to know, You know, nobody can proclaim we're going to solve this with testing without understanding those three pieces."

Oterholm adds, "We have a long ways to go yet. We have a lot of cases going to occur."