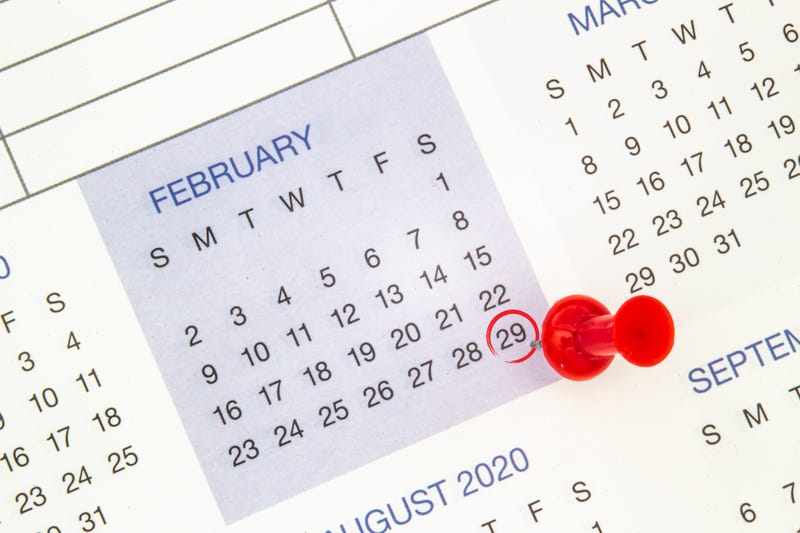 First, we have to go back to the birth of the Gregorian Calendar.  That was back in 1582 and is still used throughout most of the world today.  It created the irregular schedule of our months, the seven-day week, and the number of weeks per year.  It replaced the Julian Calendar, which is still used in a few spots (Eastern Orthodox Church and in parts of Oriental Orthodoxy).

RELATED: Technically, January 1st, 2020 isn't the end of the decade.

The problem with the calendar named after Julius Caesar himself, was that it lost touch with the equinoxes and would drift.  The Julian used 365 days.  Caesar's calendar also used leap years, but his formula, which we'll get to in a second, created way too many.

The Gregorian Calendar is to align the calendar year with the actual year – which is defined by the time it takes Earth to circle the sun, 365 days, 5 hours, 48 minutes and 46 seconds.  Now the math part.  If all calendar years contained exactly 365 days, they would start to drift from the actual year by approximately one day every four years.  Eventually, July would come and you'd be wondering why it snowed again.  That wouldn't be good.

The Gregorian Calendar allowed dates to commonly hit atronomical events such as equinoxes and solstices.

Why are equinoxes and solstices important?  Each year, the Earth hits a certain spot and angle in relation to the Sun, that sets the seasons.  At the Winter Solstice (which is 12/21/20 this year), those of us in Minnesota are as far from the Sun as we get all year.  It's cold.  Days are the shortest we get all year.  If the calendar doesn't align properly, we'd be moving that Winter Solstice by approx. 1/4 of a day each year.  After 100 years (relatively short amount of time in Earth years), Winter solstice would already occur a month late.  Within 300 years, Winter Solstice would be in spring.

There is actually a complicated way to calculate leap years.  It's not just "do it every four years", which was the problem Caesar had.

In the Gregorian calendar, three criteria must be taken into account to identify leap years, according to timeanddate.com:

Since within a four-year span the slippage is minimal (just about a day total), one day is added to February in the years that are mathematically determined to be leap years.  By adding that day and using 366 days in a leap year, the calendar and actual year remain more-or-less in alignment. And we can keep winter where it belongs, right here in winter.  Phew.