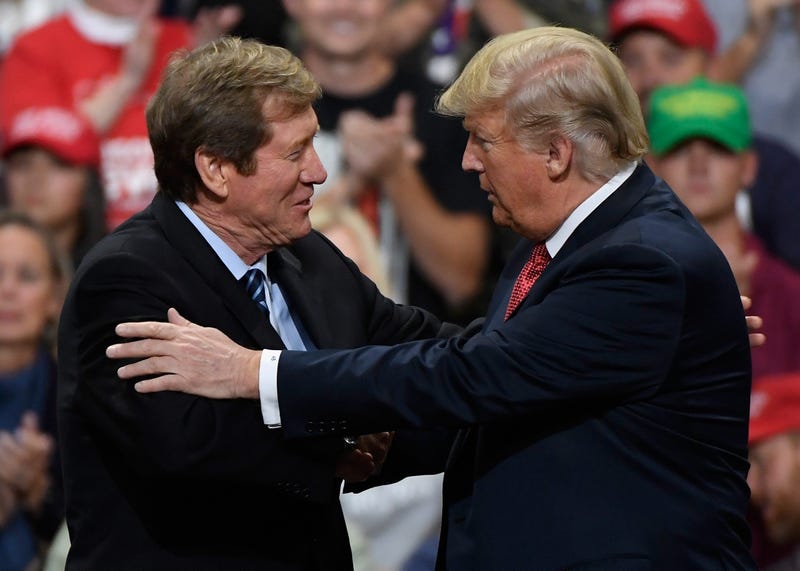 U.S. Senate candidate Jason Lewis filed a lawsuit challenging Governor Tim Walz’s “stay at home” executive orders as unconstitutional under the U.S. Constitution on Tuesday. The lawsuit was filed in the U.S. District Court for the District of Minnesota.  Lewis is currently campaigning against Tina Smith who currently serves as one of Minnesota's two Senators along with Amy Klobuchar.

Lewis says that Governor Tim Walz' stay-at-home order to slow the spread of coronavirus is preventing him from campaigning appropriately.

In a release, Lewis says, "“What started as a fight against an invisible danger has morphed into a fight against a very clear and present danger, and that is a fight against unconstitutional power grabs being waged by radical liberals like Senator Tina Smith and Governor Tim Walz. Whether it’s Senator Tina Smith holding COVID relief hostage to ram through her liberal agenda, or Governor Tim Walz imposing a never ending one-size-fits-all economic lockdown while jobs and small businesses go belly up, these power-grabbing politicians need to be held to account, for ourselves and posterity alike.That is why today my campaign has filed a lawsuit against the state of Minnesota and has named the Governor as the defendant. For over a month I have been on a “Reopen Minnesota” RV tour, meeting with small business owners across the state and helping them tell their stories and struggles. The time has come to take the fight to the next level."

What started as a fight against an invisible danger has morphed into a fight against a very clear/present danger; & that’s unchecked power being wielded by radicals like @SenTinaSmith/ @GovTimWalz.I’m fighting back. Time to #ReopenMN.See you in court.https://t.co/aHTt3nsh9Q

On his RV campaign tour across Minnesota Lewis has been calling for a reopening of Minnesota since the order went into place.

The Governor has said that he stands by his Executive Order.

News Talk 830 WCCO Political Analyst Blois Olson said on the Morning News Wednesday that this could actually be a boost to Lewis' campaign.

"He's using Donald Trump's campaign lawyer in the lawsuit, so you can drawthe conclusion you want to from that.  It's definitely going to spark Lewis' campaign, help him in fundraising, raise his national profile, stuff like that.  But it'll help Lewis' campaign if it's successful."

You can see the full complaint from Jason Lewis here.